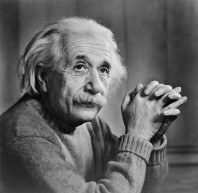 "Science without religion is lame. Religion without science is blind."

ACKNOWLEDGMENTS are rising in many scientific circles that are beginning to hint at a new non-reductionist and spiritual view of life.

We are awed by the sincerity, wisdom and compassion of the brave men and women of these new frontier sciences.

The materialistic sciences, H. P. Blavatsky predicted “will be driven out of their position, not by spiritual, theosophical, or any other physical or even mental phenomena.”

“But simply by the enormous gaps and chasms that open daily — and will still be opening before them.”

“One discovery follows the other,” she wrote, “until they are finally knocked off their feet by the ninth wave of simple common sense.” 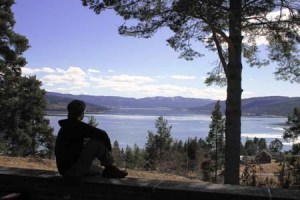 An Email from Charles T. Tart, Ph.D – (reprinted with permission):

[To the Editors of Theosophy Watch:]

“Thank you very much for putting a note about The End of Materialism on your web site. It seems especially fitting as I read a lot of Theosophy material while a teenager, looking for reconciliations between science and religion.”

“Perhaps you would like to publish this small note describing the book and my work, that I sent around to my personal mailing list last week?” 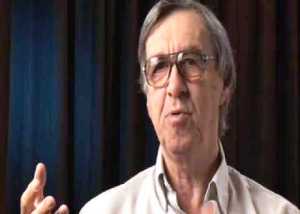 (Reformatted and dramatized by the Editors)

“I am proud to finally announce the publication of what may be my most important book, The End of Materialism: How Evidence of the Paranormal Is Bringing Science and Spirit Together.

“I met with a dozen staff of the publisher, New Harbinger, in Oakland a few months ago, and they asked me to tell them, in a few words, why the book was important, what could they tell potential readers? I responded with a question: how many of them had some sort of personal spiritual practice, such as meditation or prayer?” 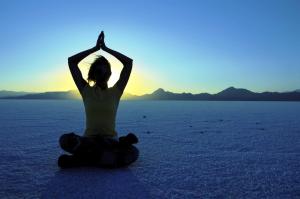 “I had just met these folks, so this was a rather personal question to ask them to respond to in front of a group, but this was California, we’re supposed to be honest and open folks, so after a few seconds everybody’s hand went up.

“I looked at them seriously, and after a few seconds of silence told them that, if I spoke from the position of a modern scientist, which I certainly was, I would have to tell them that they were all fools! Ignorant fools at best, neurotic fools at worst. Didn’t they know that science had long ago shown that all religion and spirituality were nonsense, the only reality was that of the physical world?”

“Like most of us, I have a strong need to be liked, so I felt like I was taking a risk in calling them fools, but I wanted to quickly get across the main thrust of The End of Materialism: in modern life many of us do believe that science has shown all spirituality to be nonsense.

“Yet my experience, both personally and professionally, has convinced me that there is some real and vitally important sense in which we do have a spiritual nature, and to deny and repress it wounds and lessens us.”

In Chapter 13 of Dr. Tart’s book titled “Near Death Experiences,” he describes in fascinating detail the dramatic NDE of singer-songwriter, Pam Reynolds. Just a taste of the compelling evidence Tart reviews in his book, is provided in this short video clip:

Floating Above Her Body

“If you think the smartest people in your culture, the scientists, have proven your spiritual feelings to be dumb and neurotic, of course you try to suppress them—but yet, so many modern people are thus wounded.

“But my scientific work, as well as that of many colleagues, has shown me that, properly applied, essential science has actually provided a great deal of support for the reality of some kind of spiritual nature for us, so the suffering that comes from denial and suppression is unnecessary and useless.”

Charles Tart: The Case of ESP

“The main thrust of The End of Materialism is to give readers the kind of data that allowed me to reach a personal resolution where I can be both devoted to science and trying to develop and practice my spiritual side.

“If two living people, for example, can occasionally demonstrate telepathic communication under tightly controlled laboratory conditions, is the idea of prayer, a telepathic kind of communication with someone/something beyond us inherently nonsensical? I don’t think so.

“Of course there are nonsensical elements mixed in with religion and spirituality: that’s true for all areas of human life. But to totally deny our spiritual nature, as science apparently does, harms and inhibits people. Indeed, it’s not science that denies our spirituality, it’s scientism, a rigid philosophy of materialism, masquerading as science.”

“I think the New Harbinger folks ended up liking me at the end, and they got the point. The End of Materialism is aimed at reducing useless human suffering by showing people that it’s rational and sensible to be both scientifically and spiritually oriented.

“New Harbinger is in the business of selling books, so they will soon prepare a fancy e-postcard I can send around, full of glowing endorsements, such as the forward to the book by one of the world’s foremost scholars of religion, Huston Smith and his wife Kendra and all that, but my style is this more personal introduction.

“[I]f you have ever found your spiritual interests and aspirations inhibited or held back because you think science has shown this is all nutty and dumb, you’ll find The End of Materialism helpful. I don’t know how soon copies will reach the bookstores, but I’ve made the title into a link for web ordering if you’re interested.” 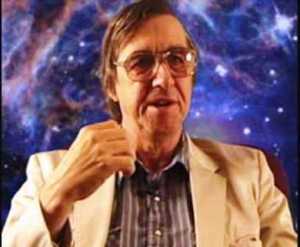 The End of Materialism

Charles T. Tart, Ph.D is a stalwart defender of the reawakened Spirit in our age and an experienced parapsychology investigator. With feet firmly planted in both

fields,  Tart is both a sensitive intuitive, and a dogged researcher— his new book aims head-on at the dominance of materialism.

About his new book,The End of Materialism the publisher writes:

“Charles Tart reconciles the scientific and spiritual worlds by looking at empirical evidence for the existence of paranormal phenomena that point toward our spiritual nature, including telepathy, clairvoyance, precognition, psychokinesis, and psychic healing.”

“Science seems to tell us that we are all meaningless products of blind biological and chemical forces, leading meaningless lives that will eventually end in death.”

“The truth is that unseen forces such as telepathy, clairvoyance, precognition, psychokinesis, psychic healing, and other phenomena inextricably link us to the spiritual world, and while many skeptics and scientists deny the existence of these spiritual phenomena, the experiences of millions of people indicate that they do take place.”

In this book, transpersonal psychologist Charles Tart presents over fifty years of scientific research conducted at the nation’s leading universities that proves humans do have natural spiritual impulses and abilities.

The End of Materialism presents an elegant argument for the union of science and spirituality in light of this new evidence, and explains why a truly rational viewpoint must address the reality of a spiritual world.

Tart’s work marks the beginning of an evidence-based spiritual awakening that will profoundly influence your understanding of the deeper forces at work in our lives.

The End of Materialism:

“How Evidence of the Paranormal Is Bringing Science and Spirit Together”

A Glimpse Inside the Book:

Basic Scientific Method
Seeking The Spiritual as A Scientist
How Do We Know the Spiritual is Real?
Precognition and Postcognition
Reincarnation of John McConnell?
Postmortem Survival: After-Death Communications
Clairvoyance in the Form of Remote Viewing
Why Telepathy is Nonphysical
Out-of-Body and Near-Death Experiences

Down – But Not Out

“To the bourgeois…art and science appear
not as creative opposites but as eternal antagonists.”
(Christopher Caudwell [St. John Sprigg], 1908-1937) 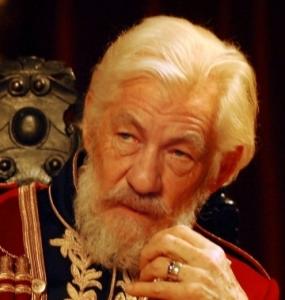 But we can take heart, she says, because: “today, the Spirit in man has returned like King Lear, from seeming insanity to its senses.”

Where are the evidences of this?

Awakening signs have been clearly visible for many decades. Leading the paradigm shift in healing, consciousness, psychology, biology, physics, spiritual practice, neuroscience, etc., is a list of luminaries too long to print here.

In addition to Dr. Tart’s book, we also recommend the recently published Measuring the Immeasurable: The Scientific Case for Spirituality – a collection of essays by leading authorities, including Tart himself, at the frontier where science and spirit connect.

Theosophy Watch recommends The Institute of Noetic Sciences for links to the latest leading-edge research and programs. Within these resources one is hard-pressed to find a more practical expression of the Three Original Objects of the Theosophical Movement:

I. To form the nucleus of a Universal Brotherhood of Humanity, without distinction of race, creed, sex, caste, or color;

II. The study of ancient and modern religions, philosophies and sciences, and the demonstration of the importance of such study; and

III. The investigation of the unexplained laws of Nature and the psychical powers latent in man.

The foundational ideas of this living impulse have all the earmarks of the perennial Theosophical Movement, prompting the actors, as always, from behind the curtain.

Ever on a talent watch, the occult Casting Director, H. P. Blavatsky, quotes freely from the noetic scientists of her day:

“The assumption that the mind is a real being, which can be acted upon by the brain, and which can act on the body through the brain, is the only one compatible with all the facts of experience.”

Mystery of the Human Mind

Affirming “there is no special organ of will, any more than there is a physical basis for the activities of self-consciousness,” Blavatsky asserts that …

“… the whole conclave of psycho-physiologists to correctly define Consciousness — no physiologist, not even the cleverest, will ever be able to solve the mystery of the human mind, in its highest spiritual manifestation.”

(Psychic and Noetic Action I)

“The age of crass materialism, of Soul insanity and blindness, is swiftly passing away,” Blavatsky avowed, and…

“A death struggle between Mysticism and Materialism is no longer at hand, but is already raging. And the party which will win the day at this supreme hour will become the master of the situation and of the future— it will become the autocrat and sole disposer of the millions of men already born and to be born, up to the latter end of the XXth century.”

The Rights of Spirit

Blavatsky praises “the many brave and prolific authors and writers who have arisen of late to defend the rights of Spirit to reign over matter.” Noting how “Many are the honest, aspiring Souls now raising themselves like a dead wall against the torrent of the muddy waters of Materialism,” declaring…

“… and facing the hitherto domineering flood which is still steadily carrying off into unknown abysses the fragments from the wreck of the dethroned, cast down Human Spirit, they now command:

‘So far hast thou come; but thou shalt go no further!'” 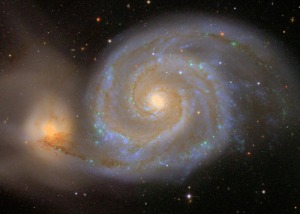 Messier 51, The Whirlpool Galaxy. The SDSS image of this famous spiral galaxy interacting with a smaller neighbor at the lower left.

One response to “Science or Spirituality”