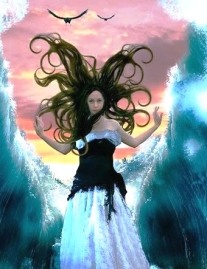 ACCORDING to a “prophecy of the Secret Books,” America is even more important to the spiritual advancement of future humanity, than its legacy of individual freedoms.

Charles Thomson, who coined the motto on the Great Seal, “Novus Ordo Seclorum,” was a former Latin teacher.

Inspired by a line in Virgil’s Eclogue IV, he placed the motto beneath his vision of an unfinished pyramid.

Thomson explained its significance as “the beginning of the new American Æra,” which commences from the Declaration of Independence in 1776.

But an esoteric, spiritual prophecy speaks of a still higher purpose, that of forming a union of free future souls — an amalgamation of human beings of many races — who will be self-elevated morally, physically and spiritually.

“Occult philosophy teaches that even now, under our very eyes,” Blavatsky writes in The Secret Doctrine:

“… the new Race and Races are preparing to be formed, and that it is in America that the transformation will take place, and has already silently commenced.”

The Founding Fathers, many of whom were Freemasons, were strongly influenced by a Lodge of advanced Adepts —worked behind the scenes during the formation of the new nation from the beginning.

Such perfected Adepts, once human like ourselves, were described by Synesius of Cyrene in the Fourth century as the “sacred tribe of heroes.”

One of those adepts wrote: “and we will go on in that periodical work of ours…until that day when the foundations of a new continent of thought are so firmly built, that no amount of opposition and ignorant malice … will be found to prevail.”

Building Awareness of the First Amendment

1 for All is a national nonpartisan program designed to build understanding and support for First Amendment freedoms. 1 for All provides teaching materials to the nation’s schools, supports educational events on America’s campuses and reminds the public that the First Amendment serves everyone, regardless of faith, race, gender or political leanings. It is truly one amendment for all.

“Whether I be in England or in India,” wrote H. P. Blavatsky, co-founder of modern Theosophy, “a large part of my heart and much of my hope for Theosophy lie with you in the United States —

“… your great country which I love so much for its noble freedom — where the Theosophical Society was founded, and of which country I myself am proud of being a citizen.”

“But you must remember that, although there must be local Branches of the Theosophical Society,” and, she wisely counseled  — “there can be no local Theosophists.”

“A tweet from Dr. Wayne Dyer on Wednesday raised some great chatter about love in the community. Here’s his thought:

‘In any relationship in which two people become one, the end result is two half people.’

“Now let’s look around at couples today. They meet and act like 13-year-old children, feeling torn apart if they can’t ‘have’ the other person.

“With the release of the latest Twilight movie, we are perpetuating this model to generations of girls and women.

“These women will be mothers and teach their sons and daughters this model of ‘true love,’ which again is really a tragedy. Death or being a vampire that feeds off blood? Is that the choice of true love?

“Focus on being a whole person first!”

“Spiritual love is whole people coming together to awaken the world in love. Whole people who see that more love can be awakened in the world with their partner by their side.

A Dream within a Dream

Esoteric Theosophy teaches that the Earth is really a chain of seven globes, six are invisible to us at our stage. Just as man has six “invisible skins,” or morphogenetic energy-consciousness matrix.

These globes (corresponding to man’s states of consciousness) are not arranged within each other, like Russian nesting dolls.

The Earth globes are rather “in Coadunition” with our present visible Earth, but not “in Consubstantiality,” as The Secret Doctrine teaches.

It is a vast, complex scheme, and it is intelligently planned and guided. In this plan, the human life-wave passes through seven evolutionary stages called root-races on each Globe. We are at present in the Fifth Root-race of the Fourth Round on the Fourth Globe.

The  major races and their subdivisions — overlapping each other and in various stages of their evolution, intermingling and crossing with one another — gives rise to the immense variety of types which we see on earth today.

Each root-race is divided into seven sub-races, and these are themselves subdivided into smaller divisions, and again into still smaller racial units — national, tribal, family, individual.

As each root-race reaches its evolutionary maximum, a cataclysm occurs at its midpoint, and the race begins to decline. Around this midpoint, seeds of the new root-race appears, runs parallel with the race that is declining — there is continual overlapping.

The Sixth Root-race will succeed our present Fifth Root-race. Care should be taken not to confuse the ROOT RACES with the SUB-RACES.

The seeds of Sixth Sub-race are forming in America. The earliest pioneers, although already beginning to appear, will not be numerous for several thousand years.

The preparation for the Sixth root-race will take place during the sixth and seventh sub-races of the fifth, in the Americas.

When the time arrives, says the occult anthropogenics, and the future Sixth Root-race is predominant on the earth, new lands will have appeared, and many of the present lands will be submerged. The surface of the globe will, in time of course, be entirely changed, and there will then be more land than water.

“During the sixth root-race, humanity will not be gigantic in size (as were the fourth and third root-races), for spirituality will be on the ascendancy and materiality decreasing.”

“At the end of the Sixth Root-race the development of spirituality will be parallel to what it was at the beginning of the second root-race plus the added evolutionary experience gained during the preceding root-races.”

– Prophecy of the Secret Books

The Prophecy of the Secret Books

The characteristics of sex will gradually disappear, and humanity will be slowly once again becoming androgynous. Offspring will be born in a manner generally similar to that which prevailed during the second and early third root-race periods:

-toward the close of the sixth, mankind will begin to manifest the first appearances of reproduction by kriyasakti (propagation by means of will and imagination).

Toward the close of the Sixth Root-race, humanity will be showing a steadily increasing tendency to evolve out of fleshly into more ethereal physical bodies.

These various changes are presentments of what will in due course be established as relative perfection during the sixth round — coming events cast their shadows before them.

The sixth root-race will be as compared with our own fifth far in advance, spiritually, intellectually, psychically, and even physically —and the attainment by mankind of adeptship or mahatmaship will be notably more easy than is the case at present. 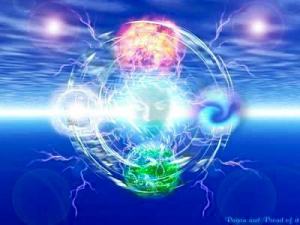 With the advent of each root-race a new cosmic element comes into proportionate manifestation, and a new physical sense apparatus appears: thus humanity in the sixth root-race will develop what is meant by a sixth sense.

The fifth cosmic element (often named aether or akasa-tattva) will reach a development proportionate to the evolution of mankind during the fifth root-race in this fourth round. 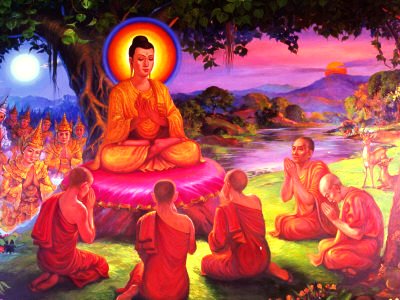 Prophesy of the Secret Books.pdf

The Sacred Tribe of Heroes

5 responses to “A New Order of Ages”