SCIENCE now realizes that mother nature was ahead of her time in understanding the quantum universe.

A red rose, the dance of honey bees, spiral galaxies, Fritjof Capra’s The Tao of Physics, and Yogi Berra all get it right.

It’s back to the future all over again. Poetry, plants, religions, even materialists and atheists—all have a lot more in common as we’ll see.

Even celebrated artist and poet William Blake sensed he saw “a world in a grain of sand, and heaven in a wild flower,” and how you could

“Hold Infinity in the palm of your hand, and eternity in an hour.”

Children at play—left to their own instincts and intuitions unsmothered by parental intimidation—engage the delights of spontaneous imagination. Theirs is an unselfconscious, non-ideological purity of intent.

Genius of originality in the young child is  hardwired, and when not managed by disapproving, arbitrary rule makers, their creations are joyful and  unpretentious. “The true sign of intelligence,” Albert Einstein once said, “is not knowledge but imagination.”

Mme. Blavatsky’s closest colleague, William Q. Judge, wrote of imagination as “the King faculty,” (Ocean of Theosophy, 139), because “the Will cannot do its work if the Imagination be at all weak or untrained.”

All life forms, like kids at play, are inseparably intertwined — yet consist, as does the radio wave spectrum, of  infinite individual frequencies .

“Would to goodness the men of science exercised their ‘scientific imagination’ a little more,” Blavatsky wrote in her article Kosmic Mind,  “and their dogmatic and cold negations a little less.”

Mathematician Benoît Mandelbrot discovered the mathematical counterpart of the Hermetic maxim “as above, so below,” the Hermetic phrase featured in The Secret Doctrine (SD 1:177) .

Mandelbrot is best known as the father of fractal geometry and the “Mandelbrot Set,” and he coined the term ‘fractal.’

In these mathematical pictures, we can begin to visualize more of what Mme. Blavatsky and her Adept Teachers were insisting upon. This video dramatizes Mandelbrot’s mathematical geometry of infinite worlds within worlds.

“Everything in the Universe follows analogy, ‘As above, so below.’ Man is the microcosm of the Universe. That which takes place on the spiritual plane repeats itself on the Cosmic plane,” Blavatsky wrote:

“Concretion follows the lines of abstraction–corresponding to the highest must be the lowest–the material to the spiritual.”

In Blavatsky’s first work Isis Unveiled, (I:506-8) she describes in detail the Astral Light, “which in the correlations of its forces furnishes the alkahest, the philosopher’s stone, and the elixir of life.”

“Hermetic philosophy names it Azoth, the soul of the world, the celestial virgin, the great Magnes, etc., etc., she writes. “Physical science knows it as ‘heat, light, electricity, and magnetism.

“But ignoring its spiritual properties and the occult potency contained in ether, [science] rejects everything it ignores.

“It explains and depicts the crystalline forms of the snow-flakes, their modifications of an hexagonal prism which shoot out an infinity of delicate needles.”

“Step back in time to learn about the man who taught us that ‘no two snowflakes are alike.’ We travel to Jericho, Vermont,” intriguingly writes the website snowflakes.areamazing.com,  “to recreate the life of a simple, self educated farmer that took amazing pictures of snowflakes (still found on many products today) and after decades of work, became known the world over as the ‘Snowflake Man.'”

“These frozen, starlike and flower-like blossoms,” Blavatsky wrote, “may be, for all materialistic science knows:

“…a shower of messages snowed by spiritual hands from the worlds above for spiritual eyes below to read.”

“…the Wisdom of God is contained in numbers,” writes Blavatsky in Isis Unveiled [1:508], “and therefore we find Plato stating that the deity geometrizes in fabricating the Universe.”

This idea is reminiscent of the spectrum of colors invisibly hidden in a ray of seemingly lonely white light. The essence of colors, like worlds and galaxies, says a notable Theosophical definition (see: Chain), is that they are invisibly intertwined—they are, in the immortal words of an Adept:

“…in co-adunition,
but not in consubstantiality.”

Science “cannot deny point-blank the possibility of there being worlds within worlds,” asserts The Secret Doctrine [1:133], “under totally different conditions to those that constitute the nature of our world.”

“It now becomes plain that there exists in Nature a triple evolutionary scheme in our system,” Blavatsky explains, “inextricably interwoven and interblended at every point. These are the Monadic (or spiritual), the intellectual, and the physical evolutions.”

“These three are the finite aspects or the reflections on the field of Cosmic Illusion of Atma, the seventh, the One Reality.” 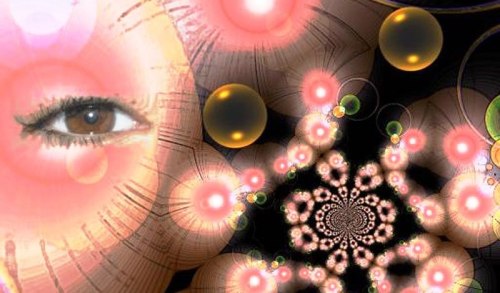 Stating the case in occult metaphysical terms, “our planes of consciousness differ only in degree but not in kind,” she says, and co-exist “on the same layer of differentiated matter.”

An atheist group down south apparently had a cosmic fit about all things godly, as Laurie Goodstein reported in The New York Times, (More Atheists Shout It From the Rooftops.) In Charleston, South Carolina, the group put up a billboard saying “Don’t Believe in God? You Are Not Alone.” They’d had it up to the collar with religion.
†

In a 2009 issue of ScienceNews, science and technology writer Susan Gaidos reported there is much more to nature than meets the materialistic eye.

“Until a century or so ago,” Gaidos wrote,”nobody had any idea that there even was such a thing as quantum physics. But while humans operated for millennia in quantum darkness,” she observed “it seems that plants, bacteria and birds may have been in the know all along.”

Nobody had any idea, except H. P. Blavatsky and her adept Teachers, who stated unequivocally that “the whole order of nature evinces a progressive march towards a higher life,” adding:

“…there is design in the action of the seemingly blindest forces.”

Madame H.P. Blavatsky’s concluding lines in The Key to Theosophy were:

“I must tell you that during the last quarter of every hundred years an attempt is made by those ‘Masters,’ of whom I have spoken, to help on the spiritual progress of Humanity in a marked and definite way,” adding:

“Towards the closer of each century you will invariably find that an outpouring or upheaval of spirituality — or call it mysticism if you prefer — has taken place. 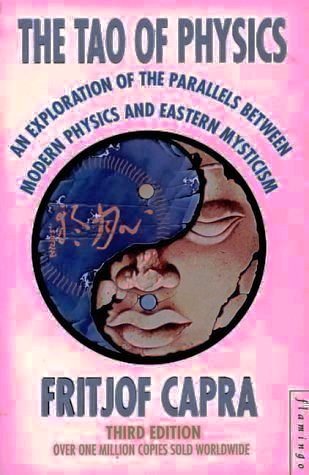 “Some one or more persons have appeared in the world as their agents,” Blavatsky assured her students, “and a greater or less amount of occult knowledge and teaching has been given out…”

One of those who appeared in the year 1975, among other messengers-unaware, was Fritjof Capra, Ph.D., physicist and systems theorist, who jump started a popular awareness of Eastern Mysticism  embedded in modern physics.

Today, orderly design and optimal functionality of systems appear to reveal themselves at micro rather than macro levels.

At the borderline where matter (as science understands it) disappears—in homeopathic medicines for example—patterns of energy rule the roost.

Perhaps because our workaday sensory world is just too big, noisy and confusing, we are unable to recognize the implicate order.

At the sub-atomic levels, both order and randomness subsist as one system. This phenomenon resembles  Mandelbrot’s fractal geometry.

Holographic, and infinitely complex, every part of a fractal is a reduced copy of the whole.

The architecture of natural objects including clouds, mountain ranges, lightning bolts, coastlines, snow flakes, ferns, pine cones, butterfly wings, seashells — and the holonomic model of the brain — are all built upon this framework.

These ideas are being continually tested by frontier scientists like IONS senior scientist Dean Radin — what he calls “time symmetry.” In the finding of “presentiment,” he notes,  “consciousness is primary.” And Radin concludes that:

“…matter and energy are emergent properties of consciousness.”