BECAUSE all organisms are related through similarities in DNA sequences, the whole of nature could be really one family.

New insights of epigenetics have lead to a revolutionary view of human biology. Theosophy concurs with many of these new findings.

“The failures of science and its arbitrary assumptions,” Blavatsky says in The Secret Doctrine (2:670), “are far greater on the whole than any ‘extravagant’ esoteric doctrine.”

The traditional geneticist’s view of evolution “is from the animal,” she reminds us, and “mind in its various phases” is viewed, erroneously, as completely separate from matter.

Theosophy holds that mind is the mystical glue insuring that the identical genes that were in our ancestor’s bodies, what Blavatsky calls The Life Atoms —”are transmitted through their descendants for generation after generation…

“…so that we are literally ‘flesh of the flesh’ of the primeval creature who has developed into man in the later period.”

This human interdependence is a spiritual law, and as such was never on any geneticist’s radar. These scientists should be getting the message, but are still limited by the standard model of gene theory.

Epigenetics is the new biological game-changer. This revolutionary theory has relatively recently been revived, and promoted successfully by the likes of frontier biologist Bruce Lipton.  He is “an internationally recognized leader in bridging science and spirit.” Lipton discovered that environmental factors (which include mental and emotional states) –

…can alter the way the same genes are expressed, making even identical twins different.

This is only the beginning of an explosion in a new understanding of how biological systems really work. Transcending the standard mechanical gene theory, epigenetics proves the significance of thoughts and feelings, and how they imprint influences into physical life.

In his articles “Aphorisms on Karma,” and “Karma,” W. Q. Judge details the “who, what, why, and where,” but admittedly, little of the scientific ‘how’ our present Karma embeds itself in future lives.

In Karma, without providing a scientific rationale,  Judge nonetheless sounds almost like a modern quantum physicist, stating that “Karma only produces the manifestation of that which already exists:-

—being action it has its operation in time, and Karma may therefore be said to be the same action from another point of time.”

Again, without giving the occult ‘how’ this works, in Aphorisms, Judge broadly outlines the teaching: “Karma may be of three sorts,” he writes:

“(a) Presently operative in this life through the appropriate instruments; (b) that which is being made or stored up to be exhausted in the future; (c) Karma held over from past life or lives…” 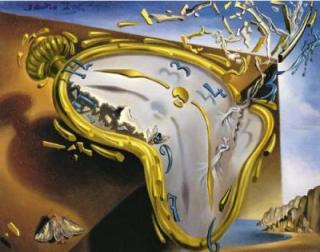 These behind-the-scenes karmic influences, he admits, are: “visible only to the Yogi, to the Sage, or the perfect Seer—there is therefore no stoppage, but only a hiding from view,” noting

“Karma is not subject to time, and therefore he who knows what is the ultimate division of time in this Universe knows Karma.”

While a long road still to the ancient truths, the new frontier theories of a living matrix, morphic fields and quantum dynamics are complementary to the Theosophical psycho-physiological tenets on karma. These new discoveries help remove some of the difficulty around

just how non-material energies of mind, emotion and spirit might be able to stamp their influence on our future lives.

The answers to this question involve quantum entanglement and a non-local mind. Einstein once called this “spooky action at a distance,” and the new scientific understanding will certainly retire old outworn theories of relativity, gravity, space and time, along with them.

The occult teachings in The Secret Doctrine say that primeval man’s form was ethereal, i.e. humanity used an ‘astral’ body. “The whole issue of the quarrel between the profane and the esoteric sciences,” Blavatsky declared,” depends upon:

“…the belief in, and demonstration of, the existence of an astral body within the physical, the former independent of the latter.”

Always in advance of modern science, H. P. Blavatsky maintained that “every living creature and thing on earth, including, man has “evolved from one common primal form.” But the true form, she said, is not the visible physical. It is rather the underlying matrix, the electro-magnetic astral pattern body.

Although the epigenomes are similar in young twins, they are increasingly different in older twins, especially if the twins have lived in different environments and have had different social habits (e.g., smoking, drinking, and eating).

It was discovered that something other than genes passed between generations. Something that could control genes directly, switch them on or off.

Interestingly, identical twins can also vary in their susceptibilities to diseases and their physical and behavioral characteristics. Although there are several possible explanations for these observed differences, one is the existence of differing epigenomes.

Marcus Pembry, a clinical geneticist, calls himself, controversially, a ‘Neo-Lamarckian’ and featured in a recent ‘Horizon’ program on BBC television called “The Ghost in Your Genes.”

Pembry works at the Institute of Child Health in London, and as shown in the video has a particular interest in epigenetics, and the possible inheritance of acquired characteristics.

Since it is only the selfish and ignorant thoughts and actions of individual human beings, according to occult Theosophy, that have caused so much suffering and imbalance in the world —

… it is only reasonable that any readjustment should be effected by and through all those human creators.

Karma as described in Theosophy is a Universal Law of Harmony, and in it this broadest sense, therefore, cannot be reduced in scope to one person or one life only. Its decrees, Theosophy maintains, must have the greater whole of Nature and the planetary well-being in view.

“We must not lose sight of the fact that every atom is subject to the general law governing the whole body to which it belongs, and here we come upon the wider track of the Karmic law.”

That the many ‘suffer for the sins of the few’ seems unavoidable. And the real key to human suffering and happiness, is attributable to the fact that we are all really just One Being, intertwined, and swimming together on one living planet.

In Robert Bowen’s The Secret Doctrine and its Study, (extracts from the notes of personal teachings), a personal student of Mme. Blavatsky, Bowen recalls what she said was the most important esoteric principle:

“The Fundamental Unity of All Existence”

“This unity is a thing altogether different from the common notion of unity as when we say that a nation or an army is united. The teaching is not that. It is that existence is ONE THING, not any collection of things linked together.

“Fundamentally there is ONE BEING. It is ALL-BEING.”

“It is clear that this fundamental ONE EXISTENCE, or Absolute Being, must be the REALITY in every form there is. The Atom, the Man, the God, are each separately, as well as all collectively, Absolute Being in their last analysis. That is their REAL INDIVIDUALITY.”

The polluted earth, air and water affects everyone indiscriminately. And everyone therefore owns, to greater or lesser degree, the burden of responsibility for the conditions which affect the whole.

It knows not wrath nor pardon; utter-true
Its measures mete, its faultless balance weighs;
Times are as nought, tomorrow it will judge,
Or after many days.

In the end, ignorance of the laws of life is no excuse. Sooner or later we all have to wake up to the fact of the unity of all life, and begin working in harmony to resolve the problems we have together created on Earth.

If we do not, Nature will step in and restore equilibrium in her own way. And Her way often results in disease, pain and suffering, and she does not give a pass to commercial polluters, or careless human waste management.

So long as there is separateness and selfishness, Theosophy says, there will be suffering. And this is why we need to practice true Compassion, “the law of laws.”

The occult science of this process was explained by Mme. Blavatsky, in her Key to Theosophy: “Let me briefly remind you what these principles are,” she says:

“These are the four links of the golden chain which should bind humanity into one family, one universal Brotherhood.” 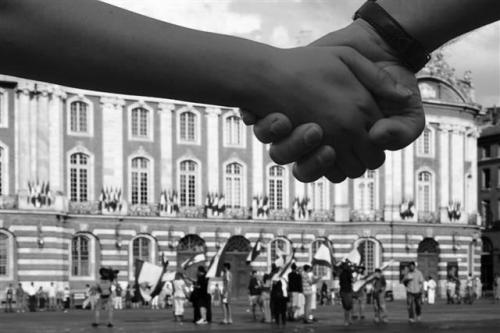 This may be insufficient a philosophy to satisfy some. These “Four Links,” which should bind humanity into “one family,” are, unfortunately, not yet the commonly accepted worldview.

Ghost in Your Genes -3

“Occultism teaches that the life-atoms [DNA] of our (Prana) life-principle are never entirely lost when a man dies.” And Blavatsky explains how

“The atoms [in the genes?] impregnated with the life-principle (an independent, eternal, conscious factor) — are partially transmitted from father to son by heredity…

There is a “Spiritual one life, a universal Vital principle independent of our matter,” Blavatsky concludes, “manifesting as atomic energy only on our plane of consciousness,” and

“It is that which, individualized in the human cycle, is transmitted from father to son.”

“THIS LAW, [karma] whether conscious or unconscious, predestines nothing and no one.

“It exists from and in eternity truly, for it is eternity itself — and as such, since no act can be coequal with eternity, it cannot be said to act, for it is action itself. 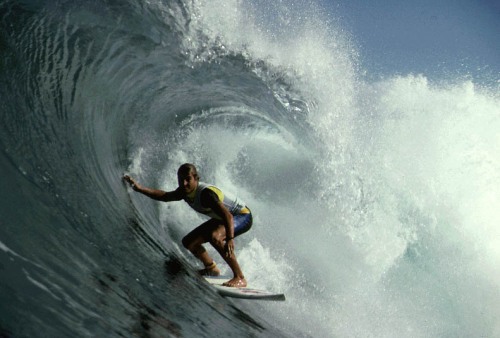 “Karma creates nothing,
nor does it design.”

“IT IS MAN who plants and creates causes, and Karmic law adjusts the effects, which adjustment is not an act but universal harmony, tending ever to resume its original position,

“…like a bough, which, bent down too forcibly, rebounds with corresponding vigour.”

“If it happen to dislocate the arm that tried to bend it out of its natural position, shall we say it is the bough which broke our arm or that our own folly has brought us to grief?

“The individual in race or nation is warned by this great doctrine that if he falls into indifference of thought and act, thus molding himself into the general average karma of his race or nation…

“…that national and race karma will at last carry him off in the general destiny.”

“The old Aztec and other ancient American peoples died out because their own karma — the result of their own life as nations in the far past — fell upon and destroyed them. This is why teachers of old cried, ‘Come ye out and be ye separate.'”

“With reincarnation, the doctrine of karma explains the misery and suffering of the world, and no room is left to accuse Nature of injustice.”

Sins of The Father

2 responses to “Your Secret Karma”