DEDICATED repetition is the foundation of all accomplishment in true art, science, and even spiritual development.

Yet success may entail much more than just ‘practice, practice’ to get to Carnegie Hall, as the saying goes.

Sweat, talent and technical skill are of course required. But the intuitive musician has a growing sense of  how a composition ought to be performed.

Because, through an inner  transformation, she can embrace the intent of the composer, and transform the music into an exhilarating inspiration of her own.

The accomplished performer is not tied to notes on paper, becoming what is called ‘free of the keyboard.’ That shift signals an musician who not only has the required technical mastery, but is also ready to shape a performance in her own inspired way.

Yet in large orchestras, the conductor communicates directions to musicians during a performance, becoming the authoritative guide, interpreter, and dedicated amanuensis of the composer. 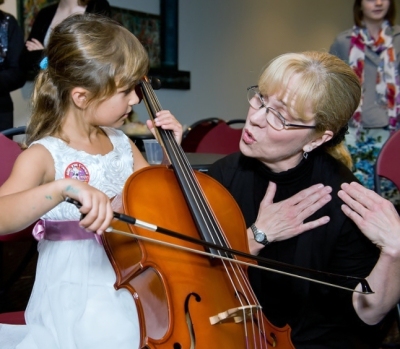 Not unlike the Buddha following his enlightenment, an orchestra conductor, or music instructor, has transformed herself into a guru to the searchers, coaxing them through their envelope of inexperience, to ever increasing emancipation.

They say that when a student is ready, the teacher will appear. Spiritual knowledge and development does require commitment and dedication to an ideal, but on a grander scale. The stakes are higher than any one art or science.

“Practical Theosophy is not one Science,” Blavatsky explained, “but it embraces every science in life, moral and physical. It may, in short, be justly regarded as the universal ‘coach,’ — a tutor of world-wide knowledge and experience.”

In a rehearsal of Mendelssohn’s, Symphony No. 3, “The Scottish” with  the Lucerne Symphony Orchestra, Conductor Sarah Danielle leads her young aspirants to greater individual coherence through her own inspired vision.

Add a sympathetic audience, and the performance gains a truly unique order of magnitude and subtlety, not possible otherwise than through such shared experience.

The whole gradually wakes up into something infinitely greater than its parts, each part sharing in that awakening.”The seeds of the Lotus contain — even before they germinate —,” Blavatsky wrote, “perfectly formed leaves, the miniature shape

“Every form, no matter how crude, contains the image of its ‘creator’ concealed within it,” were the words P. G. Bowen recalled his tutor, Mme. Blavatsky, explaining to her students:-

“So likewise does an author’s work, no matter  how obscure contain the concealed image of the author’s knowledge.”

Immersing themselves in a greater experience, the individual artist-soul begins to realize that the Whole represents the only immanent reality.

This actuates a transformation of consciousness in the disciple, knowing she is bound and inseparable from the spiritual unity Nature, and draws upon its power.

Like players in an orchestra, the requisite coherence can never be achieved through separateness. To profit from the wisdom of universal mind, Blavatsky said, every individual “has to reach it through the whole of humanity…

“without distinction of race, complexion, religion, or social status.”

(The Voice of the Silence)

“Shun ignorance, and likewise shun illusion. Avert thy face from world deceptions; mistrust thy senses, they are false. But within thy body — the shrine of thy sensations — seek in the Impersonal for the ‘eternal man,’ and having sought him out, look inward: thou art Buddha.”

There is an invisible series of metaphysical steps involved in the creation process, Blavatsky explains, which help us understand how the creative intention or imagination — the intangible non-local force, may translate into a musical score of Mozart or Beethoven, whose creative essence is then passed into manifestation by individual players in the orchestra.

The Global Coherence Initiative is a science-based initiative to unite millions of people in heart-focused care and intention – to shift global consciousness from instability and discord to balance, cooperation and enduring peace.

Arriving at core consciousness, “is virtually the condition to which the mind must come at last when we try to trace back the chain of causes and effects,” Blavatsky wrote (SD 1:45), “but both science and religion jump to this condition of blankness much more quickly than is necessary —

“for they ignore the metaphysical abstractions which are the only conceivable cause of physical concretions.” 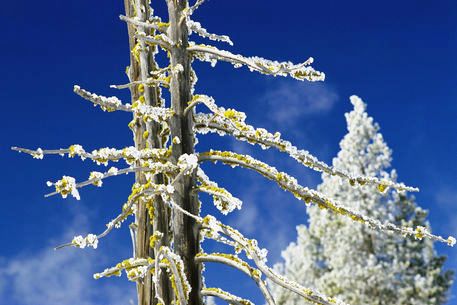 “These abstractions become more and more concrete as they approach our plane of existence, until finally they phenomenalise in the form of the material Universe — by a process of conversion of metaphysics into physics, analogous to that by which steam can be condensed into water, and the water frozen into ice.”

The individual striving for perfection in any endeavor, the process is the same – eventual union with one’s higher self being inseparable from the one universal self. It begins with desire, which awakens the spiritual will.

Blavatsky wrote: “. . . with every effort of will toward purification and unity with that ‘Self-god,’ one of the lower rays breaks and the spiritual entity of man is drawn higher and ever higher to the ray that supersedes the first. . .

“. . . until, from ray to ray, the inner man is drawn into the one and highest beam of the Parent-Sun.”

It is character of this caliber that manifests itself as true genius, a development of what is beyond innate talent and technical prowess. Few have achieved the breakthrough, of pushing the envelope, rising from the wonderfully gifted to a Buddha-like brilliance.

“That which ye sow ye reap. See yonder fields!
The sesamum was sesamum, the corn
Was corn. The Silence and the Darkness knew!
So is a man’s fate born.”

(Buddha – The Light of Asia)

One response to “Stepping Stones”