SELF-DEVELOPMENT is defined by the degree to which one is able to activate their inner, or ‘all-seeing’ intuitive eye.

Our ability to reawaken the dormant spiritual ‘third eye’ ancient Eastern Adepts say, is the measure of our spiritual development.

But this would be impossible without the assistance of Shiva to remove our personal illusions.

The deeper we are able to penetrate our inner, permanent Self, and peer unobstructed into the heart of Nature, the more we become aware of the inter-connectedness of life.

But, acquiring this insight requires not only wishful thinking, but a commitment to action of the Krishna-Arjuna kind. “He who remains inert, restraining the senses and organs,” Krishna taught in Bhagavad-Gita (Ch. 3), “…yet pondering with his heart upon objects of sense, is called a false pietist of bewildered soul.”

“But he who having subdued all his passions performeth with his active faculties all the duties of life, unconcerned as to their result,” he told Arjuna, “is to be esteemed. Do thou perform the proper actions: action is superior to inaction.”

“Whatever plane our consciousness may be acting in,” Blavatsky wrote in The Secret Doctrine (1:40),

“…both we and the things belonging to that plane are, for the time being, our only realities.”

“As we rise in the scale of development we perceive that during the stages through which we have passed, we mistook shadows for realities — and the upward progress of the Ego is a series of progressive awakenings.”

Click on the Lotus above for more detailed info on Siva and the Third Eye, and you can save to your computer (.pdf)

However, each furthering wake-up has its own corresponding illusion cautioned the teacher, “the idea that now, at last, we have reached ‘reality’ —

“…but only when we have reached the absolute Consciousness, and blended our own with it, shall we be free from delusions.”

Mme. Blavatsky also noted in The Secret Doctrine (2:475), that: “stagnation and death is the future of all that vegetates without a change.” This has many layers of meaning, not the least of which is the importance of achieving control over thoughts and feelings, noticeable most when we try to quiet the chattering ‘monkey mind,’ especially during meditation.

Following in the footsteps of the Hindu god Shiva, our lives gradually become more spiritually directed. Many of us might wish we possessed the will, time and talent to exercise the laser-like determination in our daily lives assisted by Shiva Power. Yet, all adept teachers, Krishna, Buddha, Lao Tse, assure us that such an achievement is an ever-present possibility for us.

“You can’t do anything about the length of your life, but you can do something about its width and depth.”

The god Shiva carries a “trident” symbolizing the three “gunas” – creation, preservation, destruction (followed by regeneration.) This weapon is wielded with the greatest wisdom resident in the awakened spiritual eye, the “eye of Shiva.”

Considered the highest god in the Hindu pantheon, Shiva is a metaphor for spiritual action. He is minimized by some Western scholars as only the ‘god of war, death and destruction’ — forgetting this god is a symbol. He is the warrior in us, not the passive slave, the true pursuer of spiritual growth.

Just as Krishna, who leads his favorite disciple, Arjuna, into battle in the famous war of the Mahabharata — the Bhagavad-Gita — Shiva shows us the path of active, self-conscious discipleship.

Shiva represents ‘change’ — not just in the form of physical death and destruction — but in the positive sense of the shedding of old habits, removing unhealthy behaviors. He is the god of the yogis, and represents the most essential goodness.

“The Soul stands alone,” says the narrator in this video: “The wise traveler becomes the Sage, only holding on to what is permanent. The Sage never claims to have a soul — the traveler is the Soul, the Soul is the traveler.”

“That man possesses an immortal soul,” wrote theosophical pioneer William Q. Judge in The Ocean of Theosophy, “is the common belief of humanity.

To this Theosophy adds that he is a soul, and further that all nature is sentient.”

“The vast array of objects and men are not mere collections of atoms fortuitously thrown together…but down to the smallest atom, all is soul and spirit ever evolving under the rule of law which is inherent in the whole.”

“By what,” Arjuna asks Krishna, the Higher Self, “is man propelled to commit offenses, seemingly against his will, and as if constrained by some secret force?” The same question was posed by Paul in Romans 7:19: “For the good that I would I do not: but the evil which I would not, that I do.” 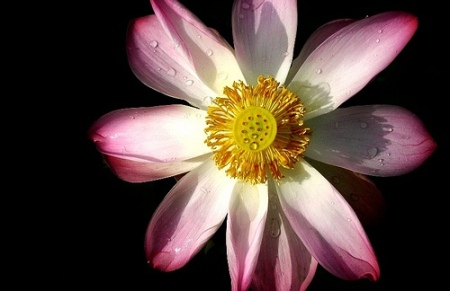 Krishna replies that the problem is in our desires, the “enemy of man on earth,” and “the constant enemy of the wise man.”

“Thus knowing what is greater than the discriminating principle and strengthening the lower by the Higher Self, do thou of mighty arms slay this foe which is formed from desire and is difficult to seize.”

“No original source has ever been isolated,” says Wikipedia, “its structure (above) strongly reflects that of a ‘classical Chinese’ set of aphorisms; and it may have been deliberately constructed in that form, by a non-Chinese, to imply an oriental (and, perhaps, far wiser) origin. 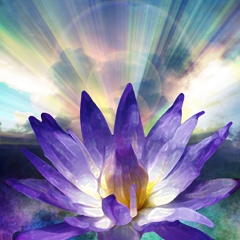 “Almost all of those who cite the complete version above, state that, in their view, it was written to expand an embellish the notion that was expressed at Proverbs XXIII:7 –

For complete Theosophical teachings on Shiva (Siva), the Third Eye, Pineal Gland, Rudra, and the Three Gunas, click the .pdf link below, can be saved to your computer: 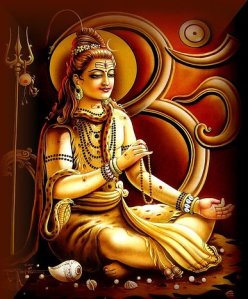 9 responses to “Dance of Shiva”