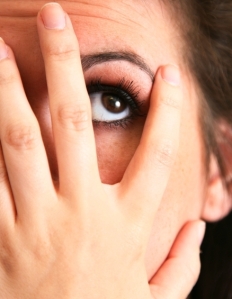 EMBARRASSMENT can be, well, embarrassing — especially if you tend to blush in public. We recognize in this, in ourselves and others, a real yet scientifically inexplicable effect.

Even a hint of a reprove by another, or admiring glance, likewise causes our skin to redden— or it might signal our getting caught sneaking a candy from a store display.

But it begs a real question of how does an invisible, seemingly intangible, subjective activity as a thought or feeling, manifest into a physical system, and affect that system biologically and visibly?

How can this happen? How is it possible for an immaterial thought or feeling produce a visible, physical effect?

Science cannot answer. “Sow a thought, reap an act” is a familiar occult mantra and begs an explanation, what is the mysterious mechanism of how thought energy can speak to the nervous system, and just as quickly cause a visible response in the physical body?

“It’s well known that the human body depends upon homeostasis,” writes Deepak Chopra, and asks: Memories and Emotions: All in The Mind or the Brain? And answers: “it is the ability to keep very complex systems in balance and to return to a state of balance when it is disturbed—

“Yet words [or images] cause us to deliberately go out of balance,” says Chopra, “and there’s no physical mechanism to explain it.”

We see chocolates,  we buy them and we eat them, and simultaneously think about how it might affect our health for good or ill. But are these thoughts as affective as the substance? Nothing ‘paranormal’ about this you think? Perhaps no — or, if a study done by the Institute of Noetic Sciences senior scientist Dean Radin is truly credible, perhaps the answer is yes.

“At some fundamental level mind and matter,” Radin concludes, “really are deeply interconnected.”

A display of chocolates in a store window might also get our blood pumping. Just thinking about eating them might make us drool uncontrollably.  Evolutionary futurist Peter Russell also asks a challenging question about this phenomena: “How is it that something as ‘unconscious’ as the matter of the brain

can ever give rise to something as immaterial as an experience?”

One of Mme. Blavatsky’s adept teachers wrote that “thoughts are things.” What “things” did he mean, and how is this even possible?

The physical body’s motor response to the unconscious act, say, of reaching for the toothbrush while still groggy after waking in the morning, is even more puzzling than if the act had been consciously chosen.

“Matter and energy are the same thing, but where ever there is energy there is intelligence, and that intelligence is your soul,” says Deepak Chopra.

Executing the sleepy effortless feat of brushing one’s teeth in the morning should not even be possible, according to the dictates of reductionist physics, yet it occurs on a daily basis. Which still begs the question:

How is the seemingly intangible thought to ‘reach for the toothbrush,’ energize the nerves and muscles in our arm and hand?

Though inexplicable in a materialistic world — yet it is a daily routine most of us take for granted, without existentially troubling over whether it is either possible or impossible.

The renaissance polymath, Dr. Edi Bilimoria, in The Snake and the Rope, refers to seemingly ‘paranormal’ events, and comments confidently that

“… none of the above processes are miracles or supernatural.”

Can science explain consciousness?, Peter Russell asks: How has consciousness evolved? Are all creatures conscious? Is reality all in the mind?

“The earnest Occultist and Theosophist,” Mme. Blavatsky writes in The Last Song of the Swan, “sees and recognizes psychic and spiritual mysteries,

…and profound secrets of nature in every flying particle of dust, as much as in the giant manifestations of human nature.”

This Theosophical polymath wrote about our personal responsibility for the well-being and development of everything we touch. Our world is profoundly altered by our every action, by the quality of our every thought and emotion.

Born in India, educated at the universities of London, Sussex and Oxford, the aforementioned Dr. Bilimoria presents an unusual blend of experience in the fields of both science and theosophy.

“The revelation of hitherto guarded facts about the inner workings of nature,” he writes, “has spurred a major research in a number of areas in science.”

“Many fields of scientific research confirm Blavatsky’s Writings on occult science and Meta-Physics,” explains Theosophical writer Dr. Bilimoria in The Snake and the Rope, his most recent work.

“As Blavatsky tells us, the truths inspired by such as Kepler, Leibnitz, Gassendi and Swedenborg,” Dr. Bilimore notes, “have never found a fair hearing.”

“But now science is beginning to take note. Indeed the Mahatmas have affirmed that ‘modern science is our best ally’.”

And, “it is interesting,” Bilimoria observes, “how closely the latest experiments and theories in quantum physics on the nature of light and matter appear to mirror the fundamental esoteric tenets, chiefly regarding the role of consciousness.”

Do cells really think, and can they act with intention? Next, view an intriguing video clip describing the investigations on the consciousness inside cells, by Professor Stuart Hammeroff, and British physicist Sir Roger Penrose.

Their research continues on what are called “microtubules” in brain cells, which are actually tiny complex computers that organize cell activity.

These “microtubules” inside cells and neurons are information processing structures which appear to function as quantum computers.

Our immune cells are “thinking cells” and our immune systems is now considered by Science to be part of the body’s omnipresent nervous system.

Might these tiny structures be finely tuned antennae which trap thought signals from the mind, and transmit them through the brain and to rest of the body?

If, as Blavatsky says, psychologists will never understand consciousness, or locate its origin by studying the moving molecules of the brain, yet we are obviously conscious — so, we ask again: how thoughts, or the immaterial consciousness of the soul, manage to get entangled into the material body?

And, what facilitating mechanism enables this conscious, all-seeing Soul to enter the physical structures of the brain?

Studying Theosophy it is important to connect all the dots. Elsewhere Blavatsky says that the astral body (the biofield) is the missing link to understanding the process. (See the recent post:“Out There“)

(Excerpt from “The Living Matrix“)

A memory verse from The Eternal Verities VII:64, a standard text at Theosophy Schools for children, reads: “Thoughts are the seeds of Karma.”

We “sow” a thought, but how does that thought get planted from the realm of mind, into the soil of matter? 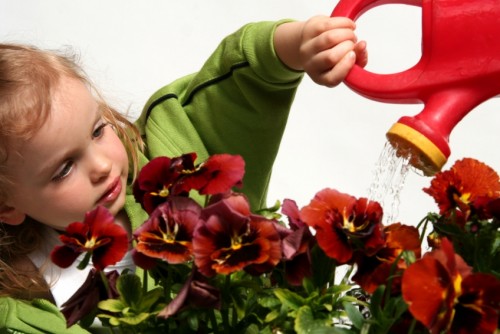 Intelligence exists throughout Nature and all her kingdoms are conscious, according to Theosophy, including plants. Plants are self-aware, (ScienceDaily), it has been discovered, and warn each other of danger.

More interestingly, Science now understands that cells communicate with one another, even at relatively long distances throughout the body (See: Field of Mind)

But without any obvious signs of thought, speech, cell phones or email, how do these tiny organisms accomplish their long-distance information sharing? 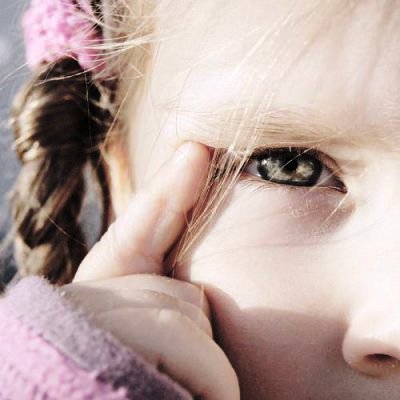 Our brains are particularly adept at networking among cells and neurons. And most neuroscientists now agree that memory isn’t located in this or that particular sector as expected, but occurs holistically across the entire brain.

Conventional scientists think it must be due to chemical action — but others believe there is a much better explanation:

The presence of biofields, outlined above, provides the most logical explanation for both characteristics. In Psychic and Noetic Action, H. P. Blavatsky explains the natural randomness of cells, much like today’s quantum non-locality and superpositioning of atoms.

“.. regards every atom as an ‘independent entity’ and every cell as a ‘conscious unit.’  No sooner do such atoms group to form cells, [they] become endowed with consciousness, each of its own kind.”

“And with free will to act within the limits of law. Memory has no seat, no special organ of its own in the human brain,” she says, “but it has seats in every organ of the body.”

Surprisingly, our brains are not as orderly as we thought — our brains actually thrive on randomness. A video clip in NewScientist, Disorderly genius: How chaos drives the brain, offers an interesting corollary to Theosophical explanations of how the noetic mind entity uses the physical brain.

“In reality, your brain operates on the edge of chaos. … Neuroscientists have long suspected as much.”

“Only recently, however, have they come up with proof that brains work this way. Now they are trying to work out why.”

The kinds of thoughts that count, then, have their basis in one fundamental idea: Universal unity and causation. Without a recognition of this, nothing else can be understood. The Summing Up (SD 1:273) section of The Secret Doctrine notes that universal unity is a fact in Nature —

Concluding plainly that “the fundamental Law of the system is:

“… the One homogeneous divine substance-principle, the one radical cause.”

The principle of a single radical cause, or a universal, invisible energetic substance pervading our physical world, may help explain the underlying mechanism of clairvoyance, as Biologist Rupert Sheldrake demonstrates, of how “Dogs know when their owners are coming home.”

Mme. Blavatsky writes (in Isis Unveiled 1:207), that “Everything lives and perishes through magnetism, one thing affects another one, even at great distances.”

“… and may be influenced to health and disease by the power of this sympathy, at any time, and notwithstanding the intervening space.”

4 responses to “Thoughts are Things”