WE are surrounded today by untold numbers and varieties of energy-intensive, man-made machines and gadgets.

We are besieged by these machines all day, they rule our lives in the developed world.

These products range from the hardly necessary to the  indispensable. From TV’s and video games, to cardiac pacemakers, to our beloved cell phones and computers.

The electromagnetic frequencies (EMFs) that spin off from these products, it turns out, are our developed society’s price-to-pay for its monster creation—an all pervasive, insidious, ever-throbbing, artificial world.

Her research launched what has now become our well-regulated and accepted organic food industry. 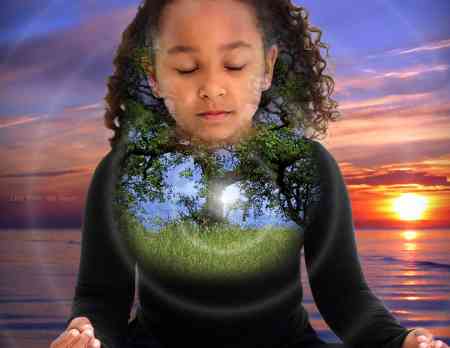 Back to the pulsating sacred Earth: the toxic man-made EMF swimming pool, i.e. wireless cell towers, radar towers, and hundreds of Earth-circling satellites, must be exacting, like agricultural pesticides, a huge price on natural systems. The inevitable effects of this interference could prove unrecoverable.

Clearly, we are flawed space travelers ignorantly abusing an natural system that is no less than Life itself.

The original pristine natural state of the world and the cosmos, is both electro-magnetic and spiritual — we co-exist with our fellow planetary travelers at every level, from cells to stars. So any crippling abuse is of critical concern.

(For more about the Electric Universe,
go to the Thunderbolts website.)

Many are blaming the unnatural, harsh man-made frequencies for what is termed the “Colony Collapse Disorder.” Honey bee populations are deserting their hives in large numbers, and threatening the world-wide failure of food crops.

We followed up on this topic in the post Vanishing of the Bees. Although Wi-Fi and cellphone networks may be a piece of the disturbing puzzle, it now appears that it is pesticides and herbicides used in food production that are the primary culprits disabling the helpless honey bees.

Whatever the true cause, the critical disruption of the honey bee populations may be only the tip of a much larger, destructive influence affecting all forms of life on Earth.

Poisonous chemicals are clearly indited, but it also has to be considered that almost all beings depend for their healthy functioning on subtle electrical and magnetic frequencies to communicate and access information. Even birds navigate, it has now been shown, using tiny embedded bio-magnets in their brains. 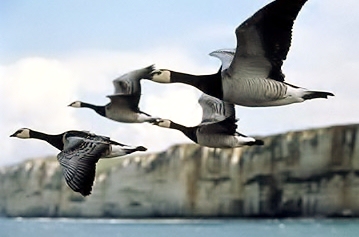 We may find our taste for instant information systems in fact negatively impacts living systems everywhere, even the cells and microbes in our bodies, creating unheard of new diseases.

Our preoccupation with electronic gadgetry, and the resulting insidious pollution, may prove to be the ultimate insult to the delicate natural balance of nature. 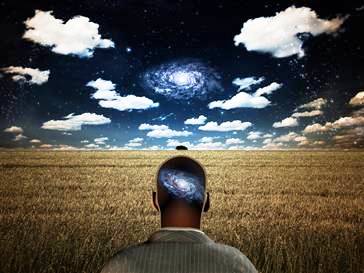 According to Theosophy, man and nature are microcosmic replications of universal macrocosmic prototypes and systems.

For example, when all the electricity in the human system, says one of Blavatsky’s Adept Teachers, is concentrated around the head of a person “in a strong ecstatic condition,” it represents—”especially in darkness—a perfect simile of the Sun.”

“The first artist,” the Master wrote, “who drew the aureoles about the heads of his Gods and Saints, was not inspired…”

“…but represented it on the authority of temple pictures and traditions of the sanctuary and the chambers of initiation where such phenomena took place.”

Master Chunyi Lin was named 2010 Qigong Master of the Year at the 12th World Congress on Qigong/TCM in San Francisco, California on April 24, 2010. Read the entire article at www.examiner.com.

Of the ten different awards presented by the congress, nine went to individuals who have not only accomplished tremendously in their professional knowledge and skills but also contributed greatly to social services.

Science is discovering that the all-natural, organic beings and creatures, the microorganisms of the Earth, also function by being wired into various bio-electrical and magnetic systems. 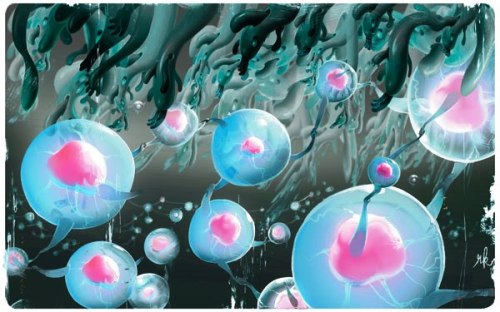 Not only our hearts and brains, not just our nerves and neurons, but the entire human body is humming with billions of cells and bacteria, kept alive and governed by a contiguous electromagnetic information system. (See: The Inner Ruler).

As such, we coexist intimately and interdependently together with a vast intertwined and interblended commonwealth of living beings.

Challenging established beliefs, Kenneth Nealson at the University of Southern California, Los Angeles, discovered recently that when a certain strain of bacteria were deprived of oxygen and iron, he noted, “they should have died.”

“Instead, they grew hairs,” reported Catherine Brahic on the study in her article “Live Wires: The electric superorganism under your feet” – (Dec. 18, 2010, New Scientist.)

The hairs allowed the soil bacteria to live on electricity. They appeared to be “siphoning life from their very own electrical grid,” Brahic says.

Specialized bacterial filaments are shown to conduct electricity. Some bacteria grow electrical hair that lets them link up in big biological circuits, according to a USC College biophysicist and his collaborators.

“How do migratory birds know where to go and how to get there? Is it learned or innate?” Birds navigate using their own internal magnetic compasses, reports the Encyclopedia of New Zealand.

Plants, it seems, are not as vegetative as we thought.  They can read our human electric thought fields. Lynne McTaggart, author of The Field, describes how back in 1966 professional polygrapher Cleve Backster began his discovery of a new paradigm in science he calls Primary Perception.

“Every plant has an intelligence, or its own purpose of life, so to speak, and its own freewill, to a degree,” says H. P. Blavatsky (Transactions 96). And…

“…every plant without an exception feels and has a consciousness of its own.”

“Every plant-from the gigantic tree down to the minutest fern or blade of grass,” she writes, “has, Occultism teaches us, an Elemental entity of which it is the outward clothing on this plane.”

Cleve Backster’s research into the concept of “primary perception,” the way in which plants, and even the smallest living organisms demonstrate real-time reactions to their environments, will completely transform the way you think about consciousness of cells, plants, and living foods.

It has been shown that even minerals are internally electrified—a stone struck against stone, as any child knows, will ignite a summer night’s campfire. That small spark, Occult Science teaches, has a much larger origin—the Sun.

And it says that “the Sun is the store-house of Vital Force, which is the Noumenon of Electricity:-

“…it is from its mysterious, never-to-be-fathomed depths, that issue those life currents which thrill through Space, as through the organisms of every living thing on Earth.”

“The radical unity of the ultimate essence of each constituent part of compounds in Nature,” writes Blavatsky, “from Star to mineral Atom, to the smallest infusoria—whether applied to the spiritual, intellectual, or physical worlds:

“… this is the one fundamental law in Occult Science.”

“’The Deity is boundless and infinite expansion,’ says an Occult axiom,” and “there is a deep philosophy underlying the earliest worship in the world, that of the Sun and of Fire.”

“Of all the Elements known to physical science, Fire is the one that has ever eluded definite analysis.”

“Nothing, nothing is more gentle than Nature. And nothing, nothing has been more cruel to nature than man. Yet you step aside from all involvement in this; deny all responsibility. It is not your fault you say, and you are right it is not a question of fault, it is a matter of choice.”