THEOSOPHY is that ocean of knowledge which spreads from shore to shore of the evolution of sentient beings.

Unfathomable in its deepest parts, it gives the greatest minds their fullest scope, yet, shallow enough at its shores, it will not overwhelm the understanding of a child.

It is wisdom about God for those who believe that he is all things and in all, and wisdom about nature for the man who accepts the statement found in the Christian Bible that God cannot be measured or discovered, and that darkness is around his pavilion.

Although it contains by derivation the name God and thus may seem at first sight to embrace religion alone, it does not neglect science, for it is the science of sciences, and therefore has been called the wisdom religion.

For no science is complete which leaves out any department of nature, whether visible or invisible.

That religion which, depending solely on an assumed revelation, turns away from things and the laws which govern them is nothing but a delusion, a foe to progress, an obstacle in the way of man’s advancement toward happiness. Embracing both the scientific and the religious, Theosophy is a scientific religion and a religious science. 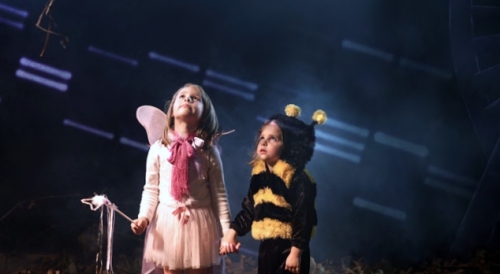 It is not a belief or dogma formulated or invented by man, but is a knowledge of the laws which govern the evolution of the physical, astral, psychical, and intellectual constituents of nature and of man.

The religion of the day is but a series of dogmas man-made and with no scientific foundation for promulgated ethics.

Our science as yet ignores the unseen, and failing to admit the existence of a complete set of inner faculties of perception in man, it is cut off from the immense and real field of experience which lies within the visible and tangible worlds.

But Theosophy knows that the whole is constituted of the visible and the invisible, and perceiving outer things and objects to be but transitory it grasps the facts of nature, both without and within.

It is therefore complete in itself and sees no unsolvable mystery anywhere; it throws the word coincidence out of its vocabulary and hails the reign of law in everything and every circumstance.

There is a wide difference between the ordinary ideas about Mind and those found in Theosophy.

Ordinarily the Mind is thought to be immaterial, or to be merely the name for the action of the brain in evolving thought, a process wholly unknown other than by inference, or that if there be no brain there can be no mind.

A good deal of attention has been paid to cataloging some mental functions and attributes, but the terms are altogether absent from the language to describe actual metaphysical and spiritual facts about man.

This confusion and poverty of words for these uses are due almost entirely, first, to dogmatic religion, which has asserted and enforced for many centuries dogmas and doctrines which reason could not accept.

And secondly, to the natural war which grew up between science and religion just as soon as the fetters placed by religion upon science were removed and the latter was permitted to deal with facts in nature.

The reaction against religion naturally prevented science from taking any but a materialistic view of man and nature. So from neither of these two have we yet gained the words needed for describing the fifth, sixth, and seventh aspects, those which make up the Trinity, the real man, the immortal pilgrim.

The fifth aspect is Manas in the [Sanskrit] classification, and is usually translated Mind. Other names have been given to it, but it is the knower, the perceiver, the thinker.

The sixth aspect is Buddhi, or spiritual discernment; the seventh is Atma, or Spirit, the ray from the Absolute Being.

The English language will suffice to describe in part what Manas is, but not Buddhi, or Atma, and will leave many things relating to Manas undescribed.

The course of evolution developed the lower principles and produced at last the form of man with a brain of better and deeper capacity than that of any other animal.

But this man in form was not man in mind, and needed the fifth aspect, the thinking, perceiving one, to differentiate him from the animal kingdom and to confer the power of becoming self-conscious.

The spirit was imprisoned in form — without its presence evolution could not go forward.

Going back for a moment to the time when the races were devoid of mind, the question arises, “who gave the mind, where did it come from, and what is it?” It is the link between the Spirit of God above and the personal below.

The fire of mind was given to the mindless spirits by others who had gone all through this process ages upon ages before in other worlds and systems of worlds.

The flame came from other evolutionary periods which were carried out and completed long before our solar system had begun.

This is the theory, strange and unacceptable today, but which must be stated if we are to tell the truth about Theosophy — and this is only handing on what others have said before.

The manner in which this light of mind was given to the Mindless Men can be understood from the illustration of one candle lighting many. Given one lighted candle and numerous unlighted ones, it follows that from one light the others may also be set aflame. So in the case of Mind.

It is the candle of flame. Mindless man having four elementary aspects of Body, Pattern Body and Desire.

Life and Desire, are the unlighted candles that cannot light themselves. The Sons of Wisdom, who are the Elder Brothers of every family of men on any globe, have the light, derived by them from others who reach back, and yet farther back, in endless procession with no beginning or end

They set fire to the combined form aspects and spirit, thus lighting up Mind in the new men, and preparing another great system for final initiation.

This lighting up of the fire of Mind is symbolized in all great religions and Freemasonry. In the east one priest appears holding a candle lighted at the altar, and thousands of others light their candles from this one.

The Parsees also have their sacred fire which is lighted from some other sacred flame.

The Thinker, is the reincarnating being, the immortal who carries the results and values of all the different lives lived on earth or elsewhere. Its nature becomes dual as soon as it is attached to a body. For the human brain is a superior organism and Mind uses it to reason from premises to conclusions.

In Theosophy its higher aspect is the intuitional, which knows, and does not depend on reason.

The mind’s lower, and purely intellectual, is nearest to the principle of Desire, and is thus distinguished from its other side which has affinity for the spiritual principles above.

If the Thinker, then, becomes wholly intellectual, the entire nature begins to tend downward — for intellect alone is cold, heartless, selfish, because it is not lighted up by the two other principles of Soul and Spirit.

“At any moment, you have a choice, that either leads you closer to your spirit or further away from it.”

Excerpted from The Ocean of Theosophy
by William Q. Judge:

2 responses to “Waves of Change”