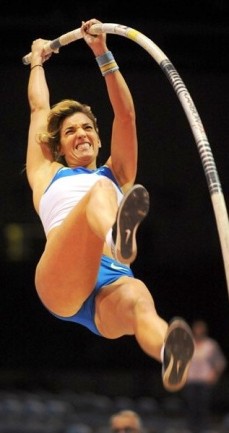 BLIND chance could never on its own have produced a self-conscious thinking human being.

Nor would such a nonsensical system, even if it existed, have any reason for doing so.

Consciousness of any kind it is not required in the random blindness of neo-Darwinist evolutionary theory. Simply put: no intelligence required.

Not unlike the caterpillar’s indomitable urge to grow wings and fly, truth finding and spiritual growth are guided by a built-in system called progressive awakenings. In her article Spiritual Progress,  H. P. Blavatsky made what seemed a sort of ‘duh’ comment! (paraphrased)

“The true Adept must become,
she cannot be made.” 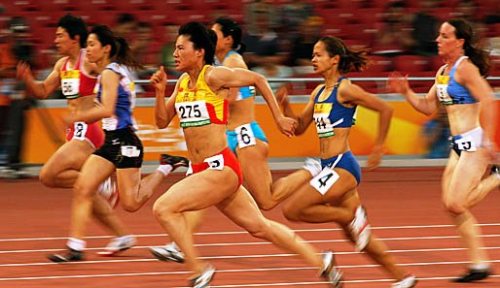 The growing recognition of the intelligence underlying all life, she writes, is one of ” growth through evolution, and this must necessarily involve a certain amount of pain” — (at least in our human perception.)

We may experience stress in the moment, a study suggests, “but experience greater happiness on a daily basis and longer term.”

“Does the road wind up-hill all the way?
Yes, to the very end.
Does the journey take the whole long day?
From morn to night, my friend.”

The major cause of suffering, and obstacle to spiritual progress, is the widely accepted Neo-Darwinian model of evolution, which holds that “natural selection” is blind and devoid of any thinker or planner, and life is therefore without design or purpose.

Evolution is a “blind watchmaker” according to Richard Dawkins’ in his book of that title, in which he opposes William Paley’s reasoning that the existence of a watch compels belief in an intelligent watchmaker. 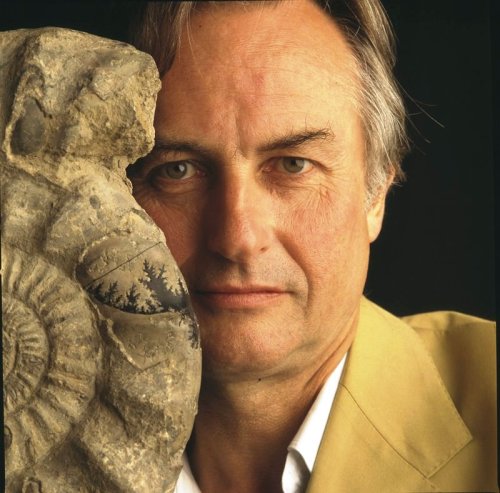 Acedia, a surprisingly common experience, has been described as apathy, ennui, and even depression. But award-winning poet Kathleen Norris stresses that while there is something of acedia in each of these afflictions, acedia is also somehow beyond such characterizations,

and she graphically describes it as “an ancient demon in modern dress.”

Norris, a best-selling author, knows the long journey to healing first hand, which she writes about  in “Acedia and Me: A Marriage, Monks, and a Writer’s Life.”

“The main cause of pain,” Blavatsky says, “lies in our perpetually seeking the permanent in the impermanent, and not only seeking, but acting as if we had already found the unchangeable, in a world of which the one certain quality we can predicate is constant change. And always,

“just as we fancy we have taken a firm hold upon the permanent, it changes within our very grasp, and pain results.”

She adds something what we all know is true about making changes: “the idea of growth involves also the idea of disruption, the inner being must continually burst through its confining shell or encasement,

“…and such a disruption must also be accompanied by pain, not physical but mental and intellectual.”

Proteins are the building blocks of all organic matter, and the blueprints for making the thousands of proteins necessary for complex organisms like animals and humans is guided by the information stored in our DNA. 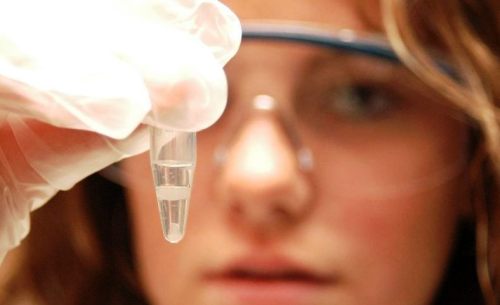 One of the most convincing arguments for intelligent design (ID) is the result of one simple fact in biology which, without intelligence, sets up an insoluble conundrum:

Since the DNA molecule is itself made of proteins, this can only result in the classic chicken or the egg paradox—which came first?

So, either there is some DNA hiding under a bush somewhere, which only fuels the paradox, or we must accept the inference to a preexistent plan. And plans are the result of intelligent planners.

Is life on Earth the product of purely undirected processes like time, chance and natural selection?

If not, then the origin and diversity of living organisms must be traced to an intelligent cause.

Acknowledging that “adaptation” is indeed a law, Blavatsky quickly pointed out that this fact only strengthens the necessity of a conscious organizing intelligence at work behind the scenes of evolution.

An intelligence is required to recognize the need for, and initiate, the required adaptations — and this is the antithesis of blind chance.

“There is,” Blavatsky wrote, “but one indivisible and absolute Omniscience and Intelligence in the Universe,

…and this thrills throughout every atom and infinitesimal point of the whole finite Kosmos.”

“The whole order of nature evinces a progressive march towards a higher life,” Blavatsky wrote, and “the very fact that adaptations do occur, that the fittest do survive in the struggle for existence, shows that

“…what is called ‘unconscious Nature’ is in reality”— evidence for the existence of an organizing intelligence.

Accepting all this, must we adopt a belief an all-powerful personal God as the only resolution to the paradox?

Theosophy says a  personal deity and savior are not necessary— we only need to be willing to consider the ancient doctrine that teaches there is not just one ‘almighty god,’ but many gods and forces that shape nature and man.

“The whole Kosmos is guided, controlled, and animated by almost endless series of Hierarchies of sentient Beings, each having a mission to perform, Blavatsky wrote, “… whether we give to them one name or another, and call them Dhyan-Chohans or Angels —

“they are ‘messengers’ in the sense only that they are the agents of Karmic and Cosmic Laws.”

These messengers were all thinkers, mind beings, perfected in former periods of an endless evolution, who oversee evolution on this planet by adapting the plans used in those prior periods — which in turn were the adaptations of still older systems.

But it is always possible to reverse of the flow of energy from the spiritual darkness of an accidental self, to a master-navigator self, and to a recognition of intelligence in Nature.

Gaining a healthy outlook in life is only possible if we live in a conscious, self-organizing system, not on in a blind mechanistic world. 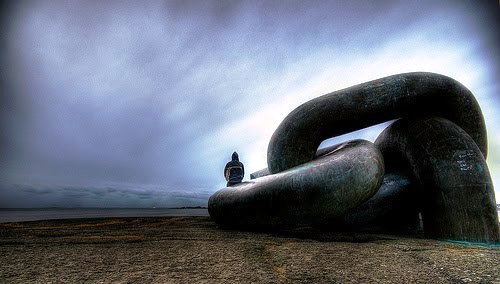 Recognition of this fact of self-reliance, often requires the brave commitment to unchaining the Promethean fire within us.

The nondenominational, inspirational video below was produced by Humanity Healing, “a  network to promote physical, mental, emotional and spiritual healing and growth through education and spiritual activism.”

A human being, just like his body cells as recently understood,  are self-organizing, with a planning organizer at the helm. A machine cannot restore its own energy-loss, or organize itself, even computers cannot make decisions on their own.

Each requires an information system or “software” — and an intelligent programmer is required. 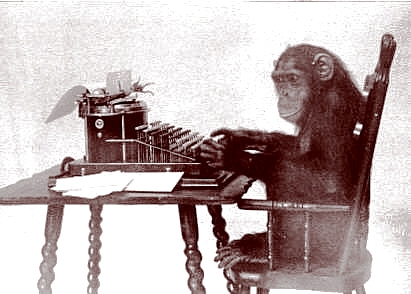 The theory that infinite monkeys with infinite time could produce Hamlet collapses on itself under the sheer weight of probability.

There are not enough years in our evolutionary system to accomplish it.

Insisting on a blind watchmaker also inevitably leads to a conviction that “mind” is the random product of the physical brain – the position taken in today’s standard model neuroscience. So far, proving this notion experimentally has lead researchers to persistent contradictions and down blind alleys. 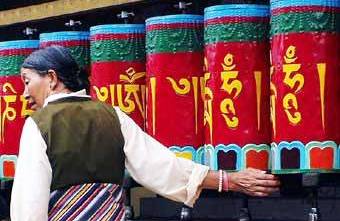 “Chemistry and physiology [‘bio-chemistry’?] are the two great magicians of the future,” wrote Blavatsky in The Secret Doctrine (1:261 ‘Occult Chemistry’),

“who are destined to open the eyes of mankind to the great physical truths.”

It is unlikely to believe that “chance” has anything to do with the processes that produce life forms.

How can we suppose that Shakespeare himself was the result of a random process when it is quite clearly impossible for even a trivial fragment of his work to have arisen by chance?

In Universal Theosophy (p. 4-5), Robert Crosbie wrote that “Nature does not exist separate and apart from us. The laws of nature are but the interrelations and interdependence of all beings concerned in this stream of evolution.

“The forces of nature do not exist of themselves,” he said, and “there never was a force of any kind that was not the result of intelligent action.”

“We as spiritual beings are internally creating forces — for every man’s brain and every thought has a dynamic power.”

At the recent Micronutrients for Mental Health conference held in San Francisco, California in December 2009, Dr. Scott Shannon introduced one of his patients, Brooks W, who had successfully transitioned to EMPowerplus from psychiatric medications .

Brooks recounted his experience to a group of about 100 researchers and health care professionals who attended the conference.

“All the powers in the universe are latent in us if we only open the doors to their use. Every one of us is a little copy of the whole universe. There is not a single element existing anywhere which each one of us does not contain within his own sphere — there is no power anywhere that can not be drawn upon.”

“Always the director of that power is the Self within each one. If that Self sees darkly, it is because the mirror into which the Self looks is covered with the dust of false ideas, he sees distorted images.”

Bill Whitaker dives into the secrets behind “The Secret” with Rev. Michael Beckwith, a teacher of the way of living that is gaining popularity in the mainstream. (CBSNews.com)

“Intimately, or rather indissolubly, connected with Karma, then, is the law of re-birth, or of the re-incarnation of the same spiritual individuality in a long, almost interminable, series of personalities.”

“The latter [personalities] are like the various costumes and characters played by the same actor, with each of which that actor identifies himself and is identified by the public, for the space of a few hours.

“The inner, or real man, who personates those characters, knows the whole time that he is Hamlet for the brief space of a few acts, which represent, however, on the plane of human illusion the whole life of Hamlet. 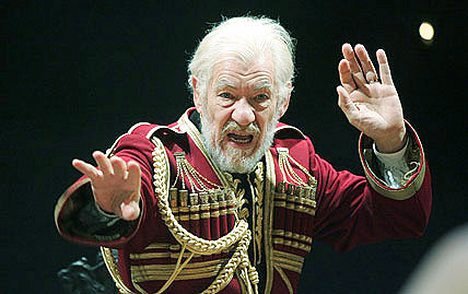 “And he knows that he was, the night before, King Lear, the transformation in his turn of the Othello of a still earlier preceding night — but the outer, visible character is supposed to be ignorant of the fact.

“In actual life that ignorance is, unfortunately, but too real. Nevertheless, the permanent individuality is fully aware of the fact, though, through the atrophy of the ‘spiritual’ eye in the physical body, that knowledge is unable to impress itself on the consciousness of the false personality.”