Posted on August 9, 2012 by Theosophy Watch | Leave a comment

IS the apparent void of Space “an emptiness,” asks Deepak Chopra, “or could it be the womb of creation, the source of Life itself?”

This is clearly a rhetorical question by Dr. Chopra who knows well his Eastern metaphysics.

H. P. Blavatsky agreed asserting “there is not one finger’s breath of void Space in the whole Boundless Universe,” (The Secret Doctrine 1:289.)

In her day science still believed in the existence of “Ether.” The substance, she noted, was “accepted by physical astronomy, in ordinary physics, and in chemistry. Astronomers, who first began by regarding it as a fluid of extreme tenuity and mobility — ‘its main function in modern astronomy has been to serve as a basis for hydrodynamical theories of gravitation.'”

What connects everything in this infinite boundlessness? The answer is described by ancient seers as a “conscious spiritual quality” or “divine breath.”

“It spreads as it issues from Laya throughout infinity as a colourless spiritual fluid.”

Ether was later rejected by science in favor of mathematical models and various devices proposed by Einstein and others to bolster up gravity as the primary force in the universe.

New observations in deep space challenged those theories, and now “dark matter” and “dark energy” are proposed to fill the gap. But these seem to be merely the old ‘ether’ repackaged in science-speak.

It may be soon that the old hypothetical models will be replaced by scientists who favor observational, empirical evidence pointing to an  electrical universe, (Holoscience.com) — which is more in sync with ancient Theosophical teachings.

“Light is Life … both are electricity,” Mme. Blavatsky wrote in her first work Isis Unveiled (1:258): — it is “the life-principle, the anima mundi, pervading the universe, the electric vivifier of all things,” she wrote explaining the occult teachings.

Anticipating and even exceeding modern quantum physics, Mme. Blavatsky articulated the concept of the “zero point,” (Laya) or singularity origin of the Cosmos, notes Christopher Holmes in his book “God, Science and The Secret Doctrine.”

Blavatsky pointed to the spiritual underpinnings of cosmos from a meta-scientific viewpoint, Professor Holmes comments, quoting: “‘Material points without extension'(zero-points) are … the materials out of which the ‘Gods’ and other invisible powers

clothe themselves in bodies…the entire universe concentrating itself, as it were, in a single point.”

“So frequently turned by ignorance into a blind wanderer, deafened by the din and roar of civilization and culture,” Blavatsky wrote in The Tidal Wave, “the Spirit in man has returned today like King Lear, from seeming insanity to its senses.

And the party which will win the day at this supreme hour will become the master of the situation and of the future.” 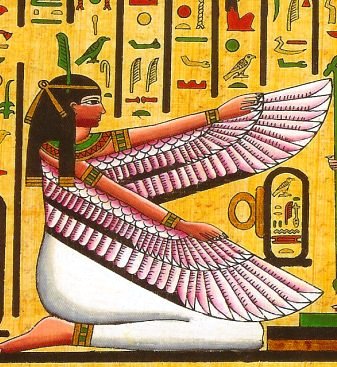 “The age of crass materialism, of Soul insanity and blindness, is swiftly passing away,” Blavatsky wrote — and “a death struggle

…between Mysticism and Materialism is no longer at hand, but is already raging.”

“It will become the autocrat and sole disposer of the millions of men already born and to be born. If the signs of the times can be trusted it is not the materialists and atheists who will remain conquerors.”

The editorial policy of this blog is to always present practical examples and applications of universal teachings, not leaving them hanging intellectually.

In the 1950s the genii jumped out of the metaphysical bottle when hypnotist Morey Bernstein of Pueblo, Colorado, working with one of his clients, a twenty-nine-year old housewife and mother named Virginia Tighe, spoke with the voice and memories of a nineteenth-century Irishwoman named Bridey Murphy.

Whatever the explanation for her ‘memories’ — whether connecting with the life images of a another person preserved in the astral light, or with her own past life — there would have to be a medium or matrix to hold that information, analogous to the way a computer stores programs on its hard drive.

It would be an astral or akashic substance, or what Blavatsky called the “Waters of Space” or “Universal Matrix” — (Secret Doctrine 1:62):

“The ever (to us) invisible and immaterial Substance present in eternity.”

“Like turning back the pages of a book,” amateur hypnotist Morey Bernstein told the Colorado housewife. “I’m going to turn back, turn back through time and space—and when I next talk to you, you will be seven years old.”

The ancient law of correspondence and analogy was once again brought to our attention by Madame Blavatsky, who says (The Secret Doctrine 1:150): “in Occult Science this law is the first and most important key to the Cosmic physics.” Referring to this aspect of law, she wrote:

“If no physical intellect is capable of counting the grains of sand covering a few miles of sea-shore; or to fathom the ultimate nature and essence of those grains, palpable and visible on the palm of the naturalist, how can any materialist limit the laws changing the conditions and being of the atoms in primordial chaos, or know anything certain about the capabilities and potency of their atoms into molecules before and after their formation into worlds?”

“These changeless and eternal molecules—far thicker in space than the grains on the ocean shore—may differ in their constitution along the line of their planes of existence, as the soul-substance differs from its vehicle, the body. Each atom has seven planes of being or existence, we are taught; and each plane is governed by its specific laws of evolution and absorption.”

“Ignorant of any, even approximate, chronological data from which to start in attempting to decide the age of our planet or the origin of the solar system,” Blavatsky wrote (Secret Doctrine 1:150), “astronomers, geologists, and physicists are drifting with each new hypothesis farther and farther away from the shores of fact into the fathomless depths of speculative ontology.”

“Modern science has taught us much about the world,” but, the publisher of The End of Materialism asks “will science ever make spirituality obsolete?”

“Today, the need for spiritual explanations remains strong–some 20 percent of the population describes themselves as ‘spiritual, but not religious,’ that is, unaffiliated with a specific church or synagogue but engaged in spiritual seeking.” In her article The Tidal Wave, Blavatsky wrote:

“The Spirit in man—the direct ray of the Universal Spirit— has at last awakened.”

“There are two kinds of Siddhis,” says the Voice of the Silence, “one group embraces the lower, coarse, psychic and mental energies, the other exacts the highest training of Spiritual powers.” IONS senior scientist, Dean Radin, explains.

Even the Earth reincarnates. The final chapter of life on Earth, H. P. Blavatsky claimed in The Secret Doctrine 1:269, is still in draft form. Stay tuned. “The History of Creation and of this world from its beginning up to the present time is composed of seven chapters.

“The seventh chapter
is not yet written.”