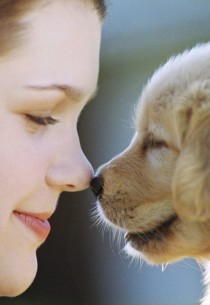 IN an ideal world, perfect harmony and balance between man and nature would be the norm.

Thus, the keynote of Mme. Blavatsky’s worldview was the just and moral treatment of all the beings in nature, the First Object of the Theosophical Society, Universal Brotherhood.

This foundational teaching of Theosophy is expressed in The Secret Doctrine, Summing Up #5, which states that “everything in the Universe, throughout all its kingdoms, is conscious,” and is “endowed with a consciousness of its own kind and on its own plane of perception.”

Consequently, Mme. Blavatsky was adamant in opposing animal exploitation and cruelty. She spoke out forcefully against sport hunting, foxes, birds and big game, and most strongly against vivisection — animals used in biological experiments:

“If these humble lines could make a few readers seriously turn their thoughts to all the horrors of vivisection, the writer would be content.”

Updated and republished at:

3 responses to “Reincarnation of Pets”