The Rise of Modern Mysticism 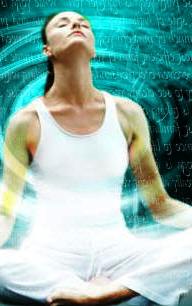 THEOSOPHY was not brought back to the world solely for the advancement of an elite few. The ancient wisdom aims to help re-catalyze the spiritual progress of the whole of humanity.

The Theosophical Society’s most important mission according to the American Section founder William Q. Judge (Letters, p. 71), was to uplift the hearts and minds of all, free from dogma.

“The dance between change and continuity has been at play throughout history,” notes the Journal of Consciousness Studies. “Today, we see a rapid rate of change that is calling on people to consider their worldview, and to develop different identities and ways of engaging with the world.”

“Among those skills most essential for success in this new era of global connectivity will be greater cognitive flexibility [….] and a capacity for discernment that relies equally on intellect and intuition.”

“These skills don’t spring as much from what we know, but instead from how we know it, and how we view the world.”

“It is clear that navigating life in the twenty-first century will require not simply the acquisition of new skills, but also the intentional cultivation of novel states of mind.” 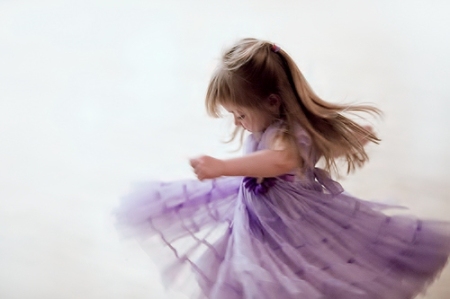 “The pupil must regain the child-state he has lost.”

But there are powerful barriers to inner change, all of our own making. They are our physical senses, habits, emotions, thought sensations, embedded worldviews. They compete for our time and attention, keeping us glued to the outer surface of an ever-whirling wheel.

The word personality itself derives from “persona,” a Latin word meaning “mask,” the appearance we present to the world — a marketing device also used by artists and musicians. Persona is also a Jungian psychological term.

In spiritual terms, the merry-go-round of personality is a trap.

It’s a puzzle to our brain minds because, like an iceberg, the bulk of our nature lies below the surface, and only the tip is visible — just as an actor’s costume, makeup, tone of voice, etc., not her character, usually determines our opinion of her.

In her conclusion to The Key to Theosophy, H. P. Blavatsky notes that if humanity’s spiritual progress is successful, our material surroundings “will reflect the peace and fraternal goodwill which will reign in the mind

— instead of the discord and strife which is everywhere around us apparent today.”

Those words could easily have been written now. And if true spiritual wisdom is kept alive in the world, she said, “man’s mental and psychic growth will proceed in harmony with his moral improvement.”

The Voice of the Silence, Fragment III, contains the favorite  Eckhart Tolle teaching that we must learn to master all the ‘mental changes’ in ourselves, particularly:

The original aims of Theosophy seem to have indeed survived most worldly snares. As foreseen by the Founders, the new cycle is witnessing the rise of many dedicated new age thought leaders and frontier scientists. These are slowly infusing a radical new mystic consciousness into science, religion, philosophy and society.

Click to view or save this insightful paper published by luminaries at the Institute of Noetic Sciences:

Worldview Transformation and the
Development of Social Consciousness (.pdf)

In addition to many of the new age leaders featured here: Bruce Lipton, Dean Radin, Acharya Sanning, Rupert Sheldrake, etc., there are hundreds of other thought leaders, scientists and researchers, questioning the materialistic worldview.

It would appear many aspects of world thought are gradually transforming, drifting away from old dogmatic ideas.

Depending on how strongly the case is stated, all frontier ideas inevitably butt heads with the mainstream in physics, chemistry, biology, cosmology and archeology, etc. — all infected with neo-Darwinist material reductionism.

The new soul restoring paradigm, conversely, sees consciousnesses an omnipresent, eternal force, not to be conflated with the millions material structures it animates in man and nature.

Such winds of change are battering reductionist thought, evident throughout the 20th and now the 21st Century on all sides, first initiated by design in the 19th. The instigators of these radical changes are easily recognizable.

They represent are none other than the “ancient thought in modern dress,” The Secret Doctrine of new age, taught by its mother H. P. Blavatsky and her Adept collaborators. “The battle will be fierce,” she predicted in The New Cycle

“…between brutal materialism and blind fanaticism on one hand, and philosophy and mysticism on the other.”

“It is not materialism that will have the upper hand,” Blavatsky maintained. Everyone clinging to material ideas, she wrote, “will find himself

“…separated like a rotten plank from the new ark called Humanity.”

Progress on these New Frontiers is generating momentum. We are discovering compelling new reasons for shifting away from our former morally purposeless, and materialist-based worldview — in nearly every area of life and society.

4 responses to “The Rise of Modern Mysticism”