The Secret of Life 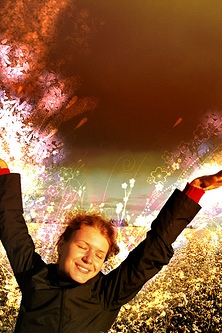 MAINSTREAM science creates an insurmountable obstacle to understanding the real nature of life because of one single belief issue.

Refusing to recognize life as a distinct force, science blocks all understanding of the nature of reality.

“The greatest problem of philosophy, is the physical and substantial nature of life,” H. P. Blavatsky wrote.

“It is its independent nature, which is denied by modern science—because that science is unable to comprehend it.”

“The reincarnationists and believers in Karma alone dimly perceive that the whole secret of Life is in the unbroken series of its manifestations: whether in, or apart from, the physical body.”

The best definition of life that modern science can seem to come up with is Herbert Spencer’s old definition that defines the phenomenon, but gives no hint of its cause.

“Life is a definite combination of heterogeneous changes,” Spencer says, “both simultaneous and successive

in correspondence with external coexistences and sequences.”

This consensus is sustained because “most researchers still believe they can build from one side of nature, the physical,” says Biocentrist Dr. Robert Lanza who concludes, crucially: “without the other side, the living.”

When we realize, as Theosophy declares, that the universe and everything in it, are parts of one sentient, interdependent web of life, it changes everything. We are happier and more content with ourselves and each other.

Dr. Lanza details the frontier science view in his book Biocentrism: How Life and Consciousness are the Keys to Understanding the True Nature of the Universe.

He shows that Biocentrism, an extension of the Anthropic Principle, described by the Einstein disciple physicist John Wheeler, asserts a view of life incompatible with modern materialism.

The Anthropic Principle was proposed in Poland in 1973, during a special two-week series of synopsia commemorating Copernicus’ 500th birthday. It was proposed by Brandon Carter, who had the audacity to proclaim that humanity did indeed hold a special place in the Universe, an assertion that is the exact opposite of Copernicus’ now universally accepted theory.

The premise of Biocentrism is, with important modifications which assert an intelligent hierarchical structure to nature, a central premise of Theosophy.

The ancients too, held that the universe is created by life and not the other way around.

“The point in the hitherto immaculate Disk, Space and Eternity … denotes the dawn of differentiation,” wrote H. P. Blavatsky at the outset of The Secret Doctrine (Vol. 1, Pg. 1). “It is the Point in the Mundane Egg [see Wikipedia “World Egg”] … the germ within the latter which will become the Universe, the all, the boundless, periodical Kosmos, this germ being latent and active, periodically and by turns.”

“The one circle is divine Unity, from which all proceeds, whither all returns. Its circumference — a forcibly limited symbol, in view of the limitation of the human mind — indicates the abstract, ever incognisable presence, and its plane, the Universal Soul, although the two are one.”

“It is the one life, eternal, invisible, yet Omnipresent, without beginning or end, yet periodical in its regular manifestations, between which periods reigns the dark mystery of non-Being — unconscious, yet absolute Consciousness — unrealisable, yet the one self-existing reality,” (Secret Doctrine 1:2): “truly, ‘a chaos to the sense, a Kosmos to the reason.’

“Its one a  absolute attribute, which is itself, eternal, ceaseless Motion, is called in esoteric parlance the ‘Great Breath,’ which is the perpetual motion of the universe, in the sense of limitless, ever-present space. That which is motionless cannot be Divine. But then there is nothing in fact and reality absolutely motionless within the universal soul.”

The Universe is Self

“Help Nature and work on with her, and Nature will regard thee as one of her creators and make obeisance.”

– Voice of the Silence

“The farther we peer into space,” say fellow researchers Robert Lanza and Bob Berman, in their Discovery article

The Biocentric Universe Theory:
Life Creates Time, Space, and the Cosmos Itself

Dr. Robert Lanza in his laboratory

“…the more we realize that the nature of the universe cannot be understood fully by inspecting spiral galaxies or watching distant supernovas.” Rather, they maintain:

“It lies deeper.
It involves our very selves.”

Author Mary Evelyn Tucker, Senior Lecturer and Senior Scholar at Yale University, explains that humanity “has overextended its presence, technologies and sense of control. We need to once again listen to the voices of nature and become co-creators not dominators.”

A stem-cell pioneer, Lanza is considered one of the leading scientists in the world. The term Biocentrism represents his persuasive, eloquently intuitive ‘theory of everything,’ and closely parallels the teachings of H. P. Blavatsky.

In his central theme, Lanza argues theosophically that our consciousness plays a central role in creating the cosmos.

The idea is related to what quantum physics terms “the observer effect,” which points to conscious mind as a necessary presence in the universe.

In her article The Life Principle, Blavatsky writes that “the One Life is deity itself, immutable, omnipresent, eternal.” And “The distinction between organic and inorganic matter [is] fallacious and nonexistent in nature…

“…matter in all its phases, [is] merely a vehicle for the manifestation through it, of LIFE.”

(Musicians are cordially invited to click link below to view
or download a copy of the original sheet music):

“Life is the Builder of Forest and Glade
Life is the Hand that hath hewn and made, the
Peak of the mountain the green of the lea—
Life is the Maker of worlds that be.”

“Life is the Builder of Suns and Seas, the
Maker of human destinies,
Man’s is the glory of Life and Soul—
Man’s are the Powers of Vastest Whole.”

Are We Only
Carbon-Based Units?

V’Ger and its Ilia probe used the term carbon unit to describe the humanoid crew of the USS Enterprise. V’Ger considered carbon units to be inferior, and not true lifeforms. (Star Trek: The Motion Picture)   😉

“The opposite poles of subject and object, spirit and matter,” she wrote in The Secret Doctrine (1:16), “are but aspects of the One Unity in which they are synthesized.

“In the manifested Universe, there is ‘that’ which links spirit to matter, subject to object – Fohat.” 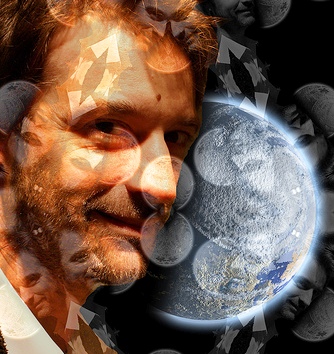 “In its various manifestations, [Fohat] is the mysterious link between Mind and Matter,” she states:

“… the animating principle electrifying every atom into life.”

That “mysterious link,” is made clear to be ‘conscious’ electricity—a property of matter or energy that is simply anathema to mainstream Western thought and science. But this only shows how few neuroanatomists are connecting all the dots of their own evidence.

A surface with only one side and only one boundary component, the Möbius Strip has the mathematical property of being non-orientable. This seemed the perfect demonstration of Blavatsky’s inseparability of matter and spirit.

The Soul of Life

When researchers place electrodes on the scalp are they not measuring the electrical potential outcome of thought and emotion?

Yes, the link is mysterious and has spiritual overtones — but is that a reason to reject the physical evidence? Such blind rejection is not science, but a dogmatic masquerade called “scientism” — and is the reason for much of the dead-end materialism of modern science, East and West.

Eastern Occultism insists “that Electricity is an Entity,” Blavatsky points out in The Secret Doctrine (1:76) – that which

“…electrifies into life, and separates primordial stuff or pregenetic matter into atoms, themselves the source of all life and consciousness.”

“Nature taken in its abstract sense, cannot be ‘unconscious’,” Mme. Blavatsky writes, “as it is the emanation from, and thus an aspect (on the manifested plane) of the Absolute consciousness.

“Where is that daring man who would presume to deny to vegetation and even to minerals a consciousness of their own? All he can say is, that this consciousness is beyond his comprehension.”

In The Secret Doctrine, taking aim at orthodox religion Blavatsky wrote “… we connote by the word God, (not the crude anthropomorphism, which is still the backbone of our current theology,) but

“… the symbolic conception of [the] Life and Motion of the Universe.”

The Secret of Life

Corresponding to Dr. Lanza’s main idea, is the foundational teaching in The Secret Doctrine — related to the post Threads of Genius: “…the whole secret of Life is in the unbroken series of its manifestations: whether in, or apart from, the physical body. Because if —

Life, like a dome of many-coloured glass,
Stains the white radiance of Eternity…

— yet it is itself part and parcel of that Eternity—for life alone can understand life.”

“By inclination and training scientists are obsessed with mathematical descriptions of the world.”

“If only, after leaving work, they would look out with equal seriousness over a pond,” he writes, “and watch the schools of minnows rise to the surface.

The fish, the ducks, and the cormorants, paddling out beyond the pads and the cattails, are all part of the greater answer.” 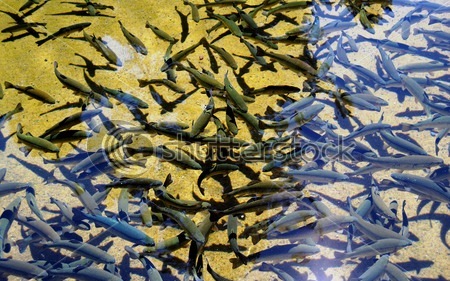 “Between us and a golden orb web spider, Dr. Lanza observes, “there is something kindred…”

“We humans, too, lie at the heart of a great web of space and time whose threads are connected according to laws that dwell in our minds.” 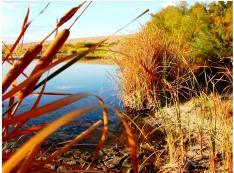 Continuing his thread of thought, Dr. Lanza wonders: “Is the web possible without the spider? Are space and time physical objects that would continue to exist even if living creatures were removed from the scene?”

“…consciousness is the matrix upon which the cosmos is apprehended. … In the broadest sense, we cannot be sure of an outside universe at all. …

“Instead of assuming a reality that predates life and even creates it, we propose a biocentric picture of reality. From this point of view, life — particularly consciousness — creates the universe, and the universe could not exist without us.”

“I’ve looked at life from both sides now
From win and lose, and still somehow
It’s life’s illusions I recall,
I really don’t know life at all.”

One response to “The Secret of Life”