Scientism is the New Religion 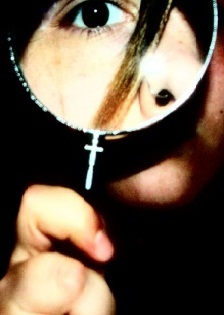 ANCIENT teachings can be shown to be more scientific despite the attacks of sectarianism, or materialism miscalled Science.

In reality both our modern science and religion are responsible for numerous illogical theories offered to the world.

The masses, blindly accepting everything that emanates from either as the final truth, is taught to scoff at anything brought forward from spiritual or ancient occult sources.

Authorities in religion and science often err, and their too frequent sophism and dicta incorrect. They are the enemies of intuition and the experience of the ancients, and assume that Truth is the exclusive property of their dogmatic world views.

Theosophy consistently contrasts “the laboriously acquired knowledge of the senses with the intuitive omniscience of the Spiritual divine Soul.”

“Practical Theosophy is not one Science, but embraces every science in life, moral and physical.”

It is clear that modern science “believes not in the ‘soul of things,” Blavatsky notes in The Secret Doctrine (1:269). 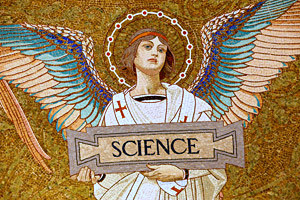 “Science will be driven out of their position, not by spiritual, theosophical, or any other physical or even mental phenomena,” she says, “but simply by the enormous gaps and chasms that open daily — and will still be opening before them.”

“One discovery follows the other,” she predicted, “until they are finally knocked off their feet by the ninth wave of simple common sense. If science is too ahead of its time it “must bide its time until the minds of men are ripe for its reception. Every science, every creed has had its martyrs.”

A mini-documentary written and narrated by Mike Adams, the Health Ranger, editor of NaturalNews.com exposes the corporate science “whores” who sell out to corporate interests and generate quack science to promote GMOs, fluoride, vaccines, chemotherapy, psychiatric drugs and other poisons. Tough stuff, but all true and we should face facts. Knowledge is power.

Students of The Secret Doctrine know how often H. P. Blavatsky insists on the need for recognizing the Noumenon behind Phenomena. She explains the Noumenon as the conscious cause of the phenomenon (I, 633, 517) — understanding, without mediation of the senses, i.e. Intuition. Theosophists also use the word “reality” in a relative sense. 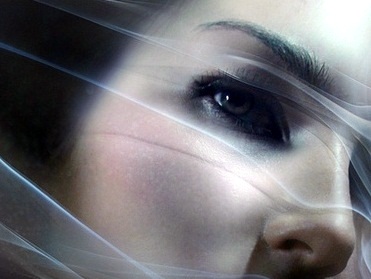 The noumenon on one plane may be regarded as a phenomenon relatively to a higher plane. Dr. Charles Tart, one of the founders of modern parapsychology writes: “I read a lot of Theosophy material while a teenager, looking for reconciliations between science and religion.”

“According to the ordinary course of affairs, a few generations pass away, and then there comes a period when these very truths are looked upon as commonplace facts. And a little later there comes another period in which

they are declared to be necessary, and even the dullest intellect wonders how they could ever have been denied.”

Where the conclusions of modern Science are grounded on “unassailable facts,” Blavatsky wrote (SD 1:147), “there can be no possible conflict between the teachings of occult and so-called exact Science.

“It is only when the enthusiasts of Science over-steps the limits of observation of nature, forcibly removing Spirit from the universe, and attribute all to blind matter,” she says, “that the Occultists claim the right to dispute and call in question their theories.”

“Science can, it is true, collect, classify, and generalize upon phenomena,” she wrote, but it “cannot, owing to the very nature of things, unveil the mystery of the universe around us.”

Adept seers, arguing from observed secrets of Nature, have declared that modern Science, to reach the truth, “transcend the narrow limitations of sense, and transfer their consciousness into the region of noumena and the sphere of primal causes”— requiring spiritual powers that none of them possess.

“To effect this, Scientists must develop faculties which are absolutely dormant — save in a few rare and exceptional cases. They can in no other conceivable manner collect the facts on which to base his speculations.

Differences of perception, Blavatsky says, “depend on the innate power of the mind to think on the higher or on the lower plane — with the astral or with the physical brain.”

“Great intellectual powers are often no proof of, but are impediments to spiritual and right conceptions,” she adds:

“…witness most of the great men of science. We must rather pity than blame them.”

“When the artificial chilly flame of modern materialism is extinguished for lack of fuel, those for whom the great hope of existence beyond the grave is a vexation, should prepare for the greatest disappointment they could possible have.

“For out of the deep muddy waters of materiality, a mystic force is rising. It is but the first rustling, but it is a superhuman rustling – it is supernatural only for the superstitious and ignorant!

“The Spirit of truth is passing now over the face of dark waters; and, in parting them, is compelling them to reveal their spiritual treasures,. and this spirit is a force that cannot be hindered, and can never, never, be stopped.”

9 responses to “Scientism is the New Religion”