Dateline Atlantis: Are We Sinking Again?

GAIA the Greek Goddess of the Earth, was mother to all the Gods according to the ancient Greeks.

In the beginning there was only Chaos, out of which there appeared Gaia they taught, and she gave birth to more than fifty symbolic deities.

In Gaia’s role as mother to the Gods, and employing many fathers, she gave birth to numerous entities, for example Python, Antaeus, Ceto, Charybdis, Echidna, Creusa, Erichthonius, Eurybia, Typhon.

They may have represented the titanic formative and creative forces of Earth’s early history.

The ancients were fond of personifying the natural forces in nature and man, and for good reason.

For them nature was a conscious entity, (Secret Doctrine 1:277-8), “in reality an aggregate of forces manipulated by semi-intelligent beings guided by High Planetary Spirits, whose collective aggregate … constitutes at one and the same time the mind of the Universe and its immutable law.”

“‘Entity’ may be thought a strange term to use in the case of a globe, but, H. P. Blavatsky insists in The Secret Doctrine, “the ancient philosophers, who saw in the earth a huge ‘animal,’ were wiser in their generation than our modern geologists are in theirs.”

“Yesterday, [May 21, 2014], history was made in the Amazon. The Brazilian government, World Wildlife Fund and others implemented an innovative finance approach that will ensure that the world’s largest network of tropical forest protected areas can be properly managed and monitored for generations to come. … the ultimate goal of this highly successful public-private partnership is to permanently protect, manage and monitor 150 million acres of the Brazilian Amazon. We’ve already protected 128 million acres. We are almost there!” [Meg Symington, Managing Director, WWF’s Amazon Program].

“How admirably the occult philosophy fits everything in Nature,” Blavatsky wrote (SD 1:154), “and how much more logical are its tenets than the lifeless hypothetical speculations of physical science.”

“The mystic,” she said, “will be better prepared to understand the occult teaching, though every formal student of modern science may, and probably will, regard it as preposterous nonsense.”

“…Pliny, called the Earth our kind nurse and mother,” wrote Blavatsky, “the only element which is not inimical to man.”

Which  begs the question, just how “inimical” are we to her? Asserting an unvarnished reality, Occult philosophy maintains that

“Everything in the Universe, throughout all its kingdoms, is conscious…”

“There is no such thing as either ‘dead’ or ‘blind’ matter as there is no ‘Blind’ or ‘Unconscious’ Law.” 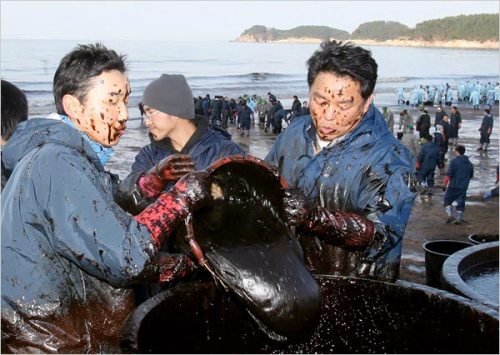 Prominent among intuitive ecothinkers today is British climate scientist James Lovelock, famous for his Gaia theory of the Earth being a living organism.

In a sequel by Lovelock that came out in 2009 “Gaia: A New Look at Life on Earth,” he asserts the earth and all its species constitute one interactive, living super-organism.

“This only shows how admirably the occult philosophy fits everything in Nature,” Blavatsky asserted, “and how much more logical are its tenets than the lifeless hypothetical speculations of physical science.”

“The mystic will be better prepared to understand the occult teaching,” she wrote hopefully, “though every formal student of modern science may, and probably will, regard it as preposterous nonsense.

“The student of occultism, however, holds [it] far more philosophical and probable than any other.”

Separation syndrome creates disposability consciousness — we are “throwing our planet and our people away.” We’ve lost our “connection to the sacred,” Julia Butterfly Hill says. She warns that unless we make peace with the Earth, there can be no peace with ourselves – they are inseparable.

“How do we get from ‘our lifestyle is not negotiable,’ asks environmentalist Chuck Burr, “to living a mutually beneficial lifestyle for us and our ecosystem?”

“The mother of all long-term problems is that our culture has become an ‘anti-ecosystem,'” Burr wrote in “Rejoining Gaia: Restore Our Ecosystem Symbiosis”

“Humans lived in symbiosis with all life for three million years before the agricultural revolution.“

In The Secret Doctrine section on “Esoteric Geological Chronology” Blavatsky pens an intriguing summary of Gaia’s past cataclysmic changes:

“That worlds (also Races) are periodically destroyed by fire (volcanoes and earthquakes) and water, in turn, and renewed, is a doctrine as old as man.”

“Manu, Hermes, the Chaldees, all antiquity believed in this. Twice already has the face of the globe been changed by fire, and twice by water, since man appeared on it.”

“Thence arises a periodical redistribution of land and water, change of climates, etc., all brought on by geological revolution, and ending in a final change in the axis.”

James Lovelock believes global warming is now irreversible, and that nothing can prevent large parts of the planet becoming too hot to inhabit, or sinking underwater, resulting in mass migration, famine and epidemics.

The Fate of Atlantis

Humanity’s former home, Atlantis, flourished for thousands of years, according to The Secret Doctrine. The Atlantic ocean is burial ground of a once brilliant, but in the end self-destructive civilization — and it gradually it sank beneath the waves, perishing before its time.

According to Blavatsky, black magic, or the misuse of spiritual powers, led to loss of spiritual vision by the end of Atlantis, as well as the gradual disappearance of the third eye, until

“Its functions, owing to the materiality and depraved condition of mankind, died out altogether before the submersion of the bulk of the Atlantean continent.”

Edgar Cayce predicted the discovery of an Atlantean “Hall of Records” between the Sphinx and the Nile with a connecting entrance under the right, front paw of the Sphinx.

Known as the Sleeping Prophet, Cayce correctly predicted the stock market crash and Depression of 1929, the beginning of World War II, and many Earth Changes of modern times, and that Japan will eventually go into the sea.

What would it be like? Water is coming from below, three Tectonic plates are on the move and no indication of stopping. If Japan sinks everything on the planet goes out of balance.

Plato immortalized the destruction of the last remnant of the great continent, which existed where the Atlantic ocean is now, describing the sinking of the island of Poseidonis. Timaeus and Critias, two of Plato’s dialogues, are the only existing written records which specifically refer to Atlantis.

“What can science teach us about how to survive, thrive, and co-exist and what spiritual implications can be found?” 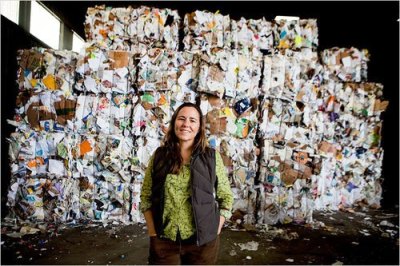 Annie Leonard has worked on international environmental health and sustainability issues for more than two decades.

Annie has also worked with GAIA, Health Care without Harm, Essential Action, and Greenpeace International — has traveled to over 30 countries to investigate the factories where our stuff is produced and the dumps where it is disposed.

She is the writer and host of the internet film, The Story of Stuff, viewed by over 6 million people around the world since its launch in December 2007.

“I was raised by a single mom,” Annie writes, “who-partly out of worldview and partly out of necessity-followed the World War II saying:

Annie’s book, “The Story of Stuff – How our Obsession with Stuff is Trashing the Planet, Our Communities, and Our Health — and a Vision for Change,” is available at Amazon:

On May 6, 2014 in San Francisco, Annie Leonard was introduced as the next Executive Director of Greenpeace USA!

From Michael O’Heaney, The Story of Stuff Project Executive Director:

“As you may know, Annie started her career at Greenpeace fighting for a ban on toxic waste trafficking. For the better part of a decade, she trailed waste shipments, snuck into dump sites and trained and collaborated with thousands of grassroots activists standing up for their rights.” 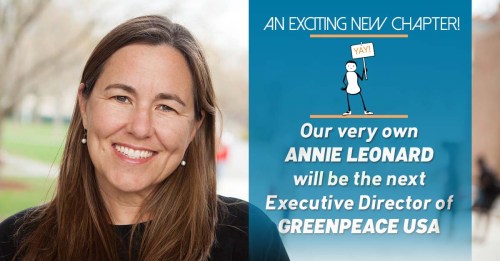 “Annie’s experience at Greenpeace and elsewhere taught her an awful lot about how our Stuff is made and where it goes when we throw it away. Then, in late 2007, she shared what she’d learned in a wildly successful online movie called The Story of Stuff.”

“THEOSOPHY is divine nature, visible and invisible, and its Society human nature trying to ascend to its divine parent. Theosophy, finally, is the fixed eternal sun, and its Society the evanescent comet trying to settle in an orbit to become a planet, ever revolving within the attraction of the sun of truth. It was formed to assist in showing to men that such a thing as Theosophy exists, and to help them to ascend towards it by studying and assimilating its eternal verities. … The Society has no wisdom of its own to support or teach. It is simply the storehouse of all the truths uttered by the great seers, initiates, and prophets of historic and even pre-historic ages; at least, as many as it can get. Therefore, it is merely the channel through which more or less of truth, found in the accumulated utterances of humanity’s great teachers, is poured out into the world.”

“Help Nature and work on with her; and Nature will regard thee as one of her creators and make obeisance. And she will open wide before thee the portals of her secret chambers; lay bare before thy gaze the treasures hidden in the very depths of her pure virgin bosom. Unsullied by the hand of matter she shows her treasures only to the eye of Spirit—the eye which never closes, the eye for which there is no veil in all her kingdoms.”

6 responses to “Dateline Atlantis: Are We Sinking Again?”