Be Cruelty Free, with a Universal Compassion for Life

Posted on November 7, 2014 by Theosophy Watch | Leave a comment

THE spiritual sun of consciousness manifests by degrees, not in humans alone, but the  legacy of all kingdoms of nature as befits the plan of their particular hierarchy — from atoms to stars.

Samhain, origin of Halloween, for example, is similar to the Gothic samana, and the Sanskrit sámana — the Hindu God Krishna — all symbols of man’s Higher Diviner Nature.

It is such universal spiritual forces that manifest cyclically during mankind’s darkest times. And the whole of nature, visible and invisible, benefits from such cycles, it is taught in esoteric cycles — wisely appointed beneficent spiritual impulses.

It is no less than in the Bhagavad-Gita (IV:31), where Krishna, the Higher Self of all human beings, assures his disciple Arjuna that he is continually reborn as a a world benefactor.

It is only selfish Buddhas, the “Pratyekas”, he taught, who remain in the their selfish state of personal Nirvana and refuse to reach out to help others. Corresponding examples of such evil separateness can be found in all walks of life in every culture and clime.

“I produce myself among creatures whenever there is a decline of virtue and an insurrection of vice and injustice in the world,” says Krishna, “and thus

I incarnate from age to age for the preservation of the just, the destruction of the wicked, and the establishment of righteousness.”

Our daily sleeping and waking cycles correspond to this universal impulse which daily transports us to our true home. Dreamless sleep is a state “in which even criminals commune through the higher nature with spiritual beings, and enter into the spiritual plane,” wrote W. Q. Judge in Three Planes of Human Life.

Animals have many dream states too, and dreamless states where they commune consciously or unconsciously in varying degrees, depending on the kingdom to which they belong, with the spiritual hierarchies of their particular degree.

“It is the great spiritual reservoir by means of which the tremendous momentum toward evil living is held in check. And because it is involuntary, it is constantly salutary in its effect.”

In an ideal world, perfect harmony and balance between man and nature would be the norm. Thus, the keynote of Mme. Blavatsky’s worldview was the just and moral treatment of all the beings in nature, the First Object of the Theosophical Society, Universal Brotherhood.

This foundational teaching of Theosophy is expressed in The Secret Doctrine, Summing Up #5, which states that “everything in the Universe, throughout all its kingdoms, is conscious,” and

“…endowed with a consciousness of its own kind and on its own plane of perception.”

Consequently, Mme. Blavatsky was adamant in opposing animal cruelty. She spoke out forcefully against sport hunting, foxes, birds and big game, and most strongly against vivisection — animals in biological experiments.

“If these humble lines could make a few readers seriously turn their thoughts to all the horrors of vivisection,” Blavatsky wished, “the writer would be content.”

The true emotions in animals are attested to in this video documenting their emotions, especially those of man’s best friend.

“Other permanent tortures, daily inflicted on the poor brutes, will” — Mme. Blavatsky predicted in her article Have Animals Souls? — “after calling forth an outburst from society generally, force all Governments to put an end to those barbarous and shameful practices.“

“Man is endowed with reason, the infant with instinct, and the young animal shows more of both than the child.”

This was nearly 70 years before the widespread animal testing in universities and commercial laboratories. Yet now, animal testing has been cited in impartial studies as being scientifically unnecessary.

“By 1996, ‘cruelty-free’ shopping had become popular, but it was also confusing, sometimes misleading, and ultimately frustrating,” according to the Coalition for Consumer Information on Cosmetics (CCIC) — eight national animal protection groups banded together.

Inner qualities of light and love recognized in humankind, are strongly expressed in Nature through many of her creatures, especially those of the canine kind!

According to Wikipedia, the domestic dog has been “the most widely kept working, hunting and companion animal in human history.” 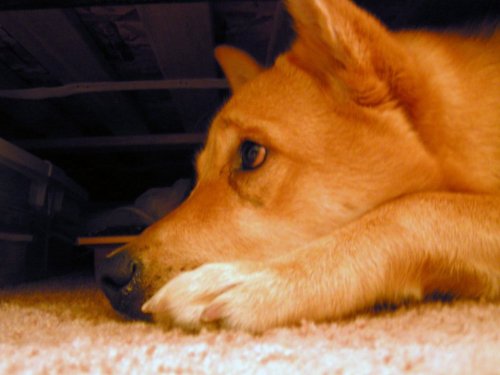 “… from the huge quadruped down to the infinitesimally small insect, as their ‘younger brothers.'”

We humans can be surprised and confused when we notice an animal behaving like us. We also tend to be especially reluctant to credit them with any human-like intelligence.

But students of Theosophy recognize in the phenomena evidence of a far grander view of evolution from their studies, i.e. that all evolution is “triple” — physical, mental, and spiritual.

There is a familiar fundamental in Theosophy which states that:

“There is no such thing as either ‘dead’ or ‘blind’ matter, as there is no ‘Blind’ or ‘Unconscious’ Law.”

There is consciousness even in stones, Mme. Blavatsky maintained, and “we men must remember that because we do not perceive any signs, which we can recognize, of consciousness” in them, “we have no right to say that no consciousness exists there”

Check out the following clip of Leo the dog and ask yourself, how many of us could match the courage and caring of this pint-sized spiritual being?

Leo, a Jack Russell cross, refused to leave the building during a fire. Believing one person unaccounted for, firemen entered the house, where they found him standing guard over the kittens despite the thick, acrid smoke.

Outside, Leo, who had lost consciousness and stopped breathing, was revived, with rescuers giving him oxygen and a heart massage. The kittens, in a cardboard box in a bedroom, also needed treatment. In the end, all fully recovered, including the hero of the day, little Leo.

Speak up for Animals