END_OF_DOCUMENT_TOKEN_TO_BE_REPLACED

Neuroplasticity: Carving Out New Pathways in The Brain 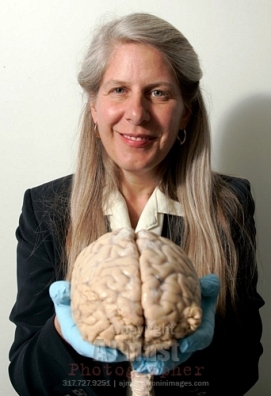 BREAKING up is hard to do especially when it comes to ingrained scientific worldviews.

Even after they have betrayed us, dogmatic style beliefs still cling like burrs to our psyche, and our brains, despite all logic.

Recall the insistent flat earth and geocentric crowd, and creationist belief that the Earth is only ten thousand years old.

The list is very long. Science is littered with the remains of once sacred cows.

Until only a few years ago, for example, it was asserted that the brain cannot grow new cells —

when they are gone they
are gone for good!

Challenging this cliché that you can’t teach an old dog new tricks, science now confirms that in fact adult brain cells keep growing after all!

H. P. Blavatsky explained: “The brain is the instrument of waking consciousness and every conscious mental picture formed means change and destruction of the atoms [neurons?] of the brain.” Yet, “in ordinary intellectual activity, moves on well beaten paths in the brain, and does not compel sudden adjustments and destructions in its substance.”

She then noted that a “new kind of mental effort calls for something very different — the carving out of ‘new brain paths’, the ranking in different order of the little brain lives.”

Her idea was, unmistakably, a preemptive nod to our modern science’s newly understood doctrine of “neuroplasticity” —

“… the brain’s ability to reorganize itself by forming new neural connections throughout life.”(Wikipedia) This fact of occult science began to be recognized thanks to the findings of Dr. Paul Bach-y-Rita, called “the father of sensory substitution and brain plasticity.”

These “now commonly accepted concepts, [were]  novel ideas when [he] first conceived of them [70 years after Blavatsky] in the 1960’s.” (Salus University)

The world of brain science was forever changed. Yet, “the scale of change [in the brain] is much smaller than what goes on during the critical period of development,” said a study co-author Elly Nedivi, a neuroscientist at the Massachusetts Institute of Technology (MIT) —

“but the fact that it goes on at all,
is earth-shattering.”

The truth is that neuroscientists today are completely baffled by how the brain is able to organize itself so perfectly.

Yet, the word “science” comes from the Latin word “scire” which means to know. “Science” is supposed to be a systematic, organized way of investigating the world. The catch is when specialized learning turns into a dogmatic worldview, it then becomes an end-in-itself — distorting what might have resulted in a more holistic truth.

With persistent reference to occult science Blavatsky insisted (SD 1:14), that “consciousness is inconceivable to us apart from change,”  and, “motion best symbolises change, its essential characteristic.”

END_OF_DOCUMENT_TOKEN_TO_BE_REPLACED

Growing the Child: A Moral and Spiritual Covenant

THE occultist, spiritual co-founder of the Theosophical Society, Helena Blavatsky, was a tireless critic on a wide range of issues still oppressing society today.

Materialism, women’s rights, education, animal cruelty were some of the closest to her heart.
Critical of early childhood education, and of the”infusion of (useless) intelligence,” Blavatsky noted: “You have opened a subject on which we Theosophists feel deeply.”

(See article in The Washington Post: Early Childhood Academics.)
§
Outspoken as always, Mme. Blavatsky insisted in her Key to Theosophy that children should be “placed daily in a bright, clean school-room hung with pictures, and often gay with flowers.”
•

They should be taught “to be clean, gentle, orderly …  learn to sing and to play; has toys that awaken its intelligence; learns to use its fingers deftly; is spoken to with a smile instead of a frown …

♥
“All this humanises the children, arouses their brains, and renders them susceptible to intellectual and moral influences. The schools are not all they might be and ought to be … your system deserves the worst one can say of it.”