Sow a Thought, Reap a Destiny

THE uplifting adage “attitude is altitude” aptly pinpoints how the power of positive thought and intention affects every aspect of our lives.

“The idea that positive thoughts and prayer can affect your health has been taught at medical schools for years. But can your thoughts affect another person physically?

“A few renegade scientists are conducting studies between loved ones to find that out — and they say it’s possible.”(Listen to Barbara Bradley Hagerty on NPR’s All Things Considered):

“Now some scientists,” she comments on a study of the science of spirituality, “are fording new, and controversial territory.”

In an area of esoteric inquiry which is sometimes called Mental Alchemy and/or Metaphysics, a lot of thinkers over the ages have stated the idea in various ways.

Ancient wisdom traditions maintain that thoughts are actual things, and that one’s thoughts are the result of an unalterable universal law called “Cause and Effect,” and will manifest themselves at some point in one’s life.

The conviction that thoughts are the great determiners of the content of one’s life, inspires  many to carry on through life’s difficulties.

The law of Cause and Effect can also be described as “For every action, there is a reaction.”  Since thoughts are actual things, and since thoughts are also actions, it means that the thoughts will invariably cause a reaction that will result in a manifestation of their effects.

END_OF_DOCUMENT_TOKEN_TO_BE_REPLACED

What is Life? The Greatest Problem of Science and Philosophy

WRESTING consciousness from the lords of scientific reductionism, where its mysteries have languished for decades, takes imaginative and fearless warriors.

Descartes held that non-human creatures must be reductively assumed to be nothing but mere automatons, signaling a tired materialism, not frontier science.

The Cartesian assumptions do not sit well especially with animal welfare advocates, environmentalists, especially not Theosophists who insist that consciousness is endemic to all kingdoms of nature, not just the human.

Possessors of sentient consciousness include, Theosophy says, such unlikely candidates as bacteria, minerals — and yes, even atoms!

Descartes held rigidly to the premise “I think therefore I am”— without ever explaining what a thought is, or explaining the ever-elusive, dogged persistence of consciousness. Whether awake or asleep, comatose or vegetative, its presence is in-dismissible. 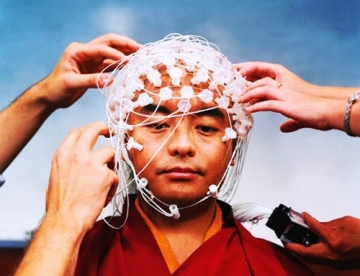 One wonders if it doesn’t seem far more reasonable to assume in fact that the opposite is true, i.e. —“I AM, therefore I think?”

Adherents biasedly line up on one or the other side of the issue. (Actually, Theosophy could argue both sides are accounted for by its teaching of the mind’s dual nature.)

In fact, the elusive, omnipersistent ‘mind’, is not a production of the brain at all, but an aspect of universal mind.

Over one hundred years ago, unraveling the mystery of the existence of the ‘soul’ was attempted by physical science, employing of course the expected material, reductionist methods — using a mechanical device to weigh it!