The Psychology of Reincarnation: Prodigious Prodigies 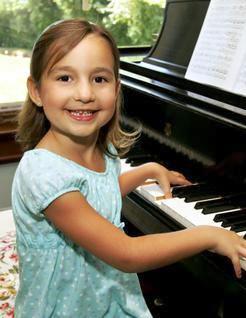 EMILY BEAR is a pianist and composer from Rockford, Illinois. Wikipedia explains:

“When Emily was 2 years old, her grandmother recognized her talent at the piano. Bear began to study with Emilio del Rosario at the Music Institute of Chicago.

“Within 4 years she was enrolled for study of classical music at the Winnetka campus.

“Bear started to compose her own music at the age of three. At 8 years, she has already composed more than 350 pieces – and much of her work – both composition and improvisation – is of the more difficult, 20th Century genre, inclusive of Jazz elements.”

Below, a Six-year old Emily Bear has wowed audiences from the White House to her own house. Playing the piano since age 3, Emily also composes her own music. Has WGN-TV discovered the next Mozart? Or, possibly, the former Mozart?

The Psychology of Reincarnation

“WE are outwardly creatures of but a day—within we are eternal. Learn then well the doctrines of Karma and Reincarnation, and teach, practice, promulgate that system of life and thought which alone can save the coming races.” 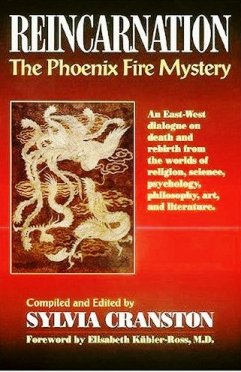 “Why was the belief in reincarnation so offensive to the Defenders of the [Christian] Faith?,” asks Blavatsky biographer Sylvia Cranston.

“Various reasons may be given,” she writes, “but the implicit psychology of reincarnation may be the best explanation.”

“The believer in this teaching tends to hold himself responsible for his own progress and salvation.”

“Such a person has no need of priests and little regard for external dead-letter observance, rite, or conformity.”

“The devices (such as the confessional) of a redemption conferred by institutional authority were to believers in evolution through rebirth transparently fraudulent or false. Hence their persecution over the many centuries while dogmatic religion remained in power.”

rove its own claims, as it is to learn, if possible, which system of religious belief has the most constructive effect upon human conduct.”

In Theosophy, evolution is actually a triple drama: physical, mental and spiritual. Darwin’s ideas describe the physical only, and that only imperfectly.

“There exists in Nature a triple evolutionary scheme…or rather three separate schemes of evolution, inextricably interwoven and interblended at every point. These are the Monadic (or spiritual), the Intellectual, and the Physical.”

For many persons, reincarnation and karma are more than simply philosophical or religious beliefs. 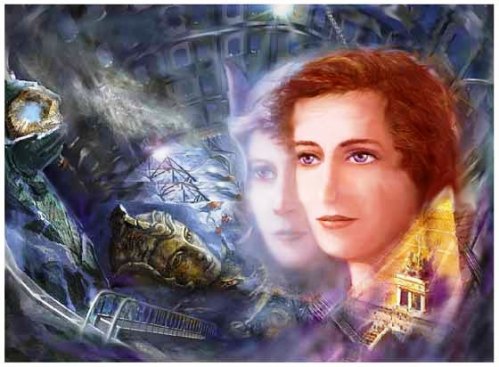 They are practical tools for gaining insight into the past, and creating positive change in the present.

Why does Theosophy assert the overarching importance in the ideas of Karma and Reincarnation? It is assuredly not because this ancient spiritual system wants to enforce some religious dogma. Rather, W. Q. Judge writes: 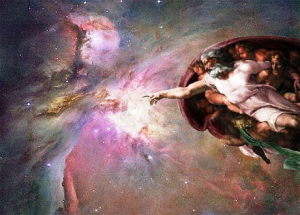 … a solid foundation for ethics and human conduct.”

“They are the very key-notes of the higher evolution of man. Without Karma and Reincarnation evolution is but a fragment,” Judge declares:

“…a process whose beginnings are unknown, and whose outcome cannot be discerned – a glimpse of what might be – a hope of what should be.”

“In the light of Karma and Reincarnation, evolution becomes the logic of what must be,” Judge concludes, and “the links in the chain of being are all filled in, and the circles of reason and of life are complete.”

“ Karma gives the eternal law of action – and Reincarnation furnishes the boundless field for its display.”

The Reincarnation
of James Leiniger

The parents of James Leininger were first puzzled and then disturbed when their two-year-old son began screaming out chilling phrases during recurrent nightmares.

“Determined to understand what was happening to their son, Bruce and Andrea set off on a journey of discovery that was to rock them to their core.”

The more they researched the arcane comments and fragmented details little James revealed, the more they were drawn inescapably to a shocking conclusion:

Savants appear different to us because of their amazing ability to focus tirelessly on specific tasks. Yet, paradoxically, many of these specialist-geniuses require support for daily living, relationships, or working at their jobs.

Blind Tom Wiggins is such a savant. Like Mozart, Wiggins may have stepped directly from one musically trained life, on which his “heart was set,” directly into the person we recognize.

“Blind Tom” was one of those perplexing geniuses of the 19th Century that William Q. Judge wrote about in support of the doctrine of reincarnation. “The appearance of geniuses and great minds in families destitute of these qualities,” Judge wrote, “can only be met by the law of re-birth.”

Mozart, born into a musical family, composed orchestral score as an infant — a clear indicator of reincarnation.

“But stronger yet is the case of Blind Tom,” The Ocean of Theosophy Chapter 10, “who could not by any possibility have a knowledge of the piano, a modern instrument. Yet he had great musical power, and knew the present mechanical musical scale on the piano.”

“We find one man born with great capacity, a great mind that can cover many subjects at once; or a special mind and capacity like that of Mozart. Why was he born so? Where did he get it if not from the character he had in the past? You may say that heredity explains it all. Then please explain how Blind Tom, born of parents who never knew anything about a piano, who never knew anything about music, was able to play upon a mechanically scaled instrument like the piano? It is not a natural thing. Where did he get the capacity? Heredity does not explain that. We explain it by reincarnation. Just so with Mozart, who at four years of age was able to write an orchestral score.”

From “Theosophical Doctrine” – Note: An Address given by William Q. Judge at the Parliament of Religions, 1893. (Title added.)

A Passion for Music

Born a slave in Georgia, Blind Tom died an international celebrity in 1908. He had an encyclopedic memory, all-consuming passion for music and mind boggling capacity to imitate – both verbally and musically – any sound he heard.

“His extraordinary savant powers rocketed him to fame and made his name a household word.”

Mark Twain called him an “inspired idiot,” who could “play two tunes (on the piano) and sing a third at the same time, and let the audience choose the keys he shall perform in.”

John Davis plays “Rainstorm” by Blind Tom, purportedly written when Wiggins was just five years old. According to the publisher, Henry Holt, Mark Twain became a Blind Tom fanatic the moment he first cross paths with the pianist on an Illinois train in 1869.  Twain, in fact, would write about this and subsequent brushes with Wiggins in an extended article published that year in an issue of the Alta California newspaper.

The Boy Who Lived Before

Cameron Macauley is a young boy in Glasgow who lives with his single mother and his older brother. But Cameron inexplicably remembers another life before his current one. That life was on a remote Scottish island called Barra.

Cameron believes he is the reincarnation of a Scottish child. That former life was on a remote Scottish island called Barra. He remembers his Barra mother and dad, his Barra brothers and sisters, and his black-and-white Barra sheepdog. He remembers living near the beach in a white house close to where planes would land.

This is a documentary about Cameron:

8 responses to “The Psychology of Reincarnation: Prodigious Prodigies”