END_OF_DOCUMENT_TOKEN_TO_BE_REPLACED

Self-Healing, How and Why it Happens

Posted on September 16, 2016 by Theosophy Watch | Leave a comment

REPORTS  of mystical or psychic experiences, of communion with realities that transcend the mundane, cannot all be mistaken.

Even every organ and cell in the body demonstrates its own energetic (psyschic) biofield, Theosophy teaches, and if so must use that matrix to network continuously and wirelessly with all other cells and organs.

Verifying the teaching, modern science has recently shown that the heart and the gut talk back and forth continually to the brain, whose neurons also converse with each other, day and night. How do they do this except through that invisible energy matrix?

Researchers have recently discovered that both the heart and the gut each have substantial neuronal regions, showing they both have “brains and hearts” of their own. The gut can even act independently, when we report having a “gut feeling” for example.

Indeed. “Occultism tells us that every atom, like the monad of Leibnitz, is a little universe in itself,” Blavatsky wrote in Kosmic Mind, “that every organ and cell in the human body is endowed with a brain of its own, with memory, therefore, experience and discriminative powers.”

The holographic network of the heart links, organizes and entrains, say the researchers at the Institute of Heartmath, the totality of signals from all the noetic webs, of all the cells and neurons of the body.

“These biosignals pass information over to the body’s chief superintendent, the brain.”

This complex unifying biofield may well be the underlying mechanism of healing, of thought transference, and gene behavior, experimental evidence confirms. It is also the pathway by which the environment influences us. “Consciousness is in every universal atom,” Blavatsky insists maintaining “the possibility of a complete control over the cells and atoms of his body by man.” (Kosmic Mind)

The power of this invisible field is undoubtedly the unseen agent driving what many modern self-help gurus refer to as the ‘secret’ of intention, and thought, in Theosophy this matrix field is designated “the power of Akasa — Literally the word means in Sanscrit sky, but in its mystic sense it signifies the invisible sky, the god Akasa, or god Sky.” (Before The Veil, Vol. 1, xxvii)

“The language of the Vedas shows that the Hindus of fifty centuries ago regarded it as the source of life, the reservoir of all energy, and the propeller of every change of matter. In its latent state it tallies exactly with our idea of the universal ether; in its active state it became the Akasa, the all-directing and omnipotent god.”

“When one sees mortal man displaying tremendous capabilities, controlling the forces of nature and opening up to view the world of spirit,” she writes, “the reflective mind is overwhelmed.”

END_OF_DOCUMENT_TOKEN_TO_BE_REPLACED

There is No Beginning – The Big Bang Never Happened

Bud of The Lotus

HERE’S what H. P. Blavatsky wrote concerning the expansion of the universe. Compare it with what our modern physics has to say. In The Secret Doctrine, to counter what was being forced on the world as the standard model for the origin of the universe, she put forward the following occult explanation:

“The expansion ‘from within without’ of the Mother, called elsewhere the ‘Waters of Space,’ ‘Universal Matrix,’ etc., does not allude to an expansion from a small centre or focus, but, without reference to size or limitation or area, means the development of limitless subjectivity into as limitless objectivity. … It implies that this expansion, not being an increase in size  — for infinite extension admits of no enlargement  — was a change of condition.”

“It ‘expanded like the bud of the Lotus’ — for the Lotus plant exists not only as a miniature embryo in its seed (a physical characteristic), but its prototype is present in an ideal form in the Astral Light from ‘Dawn’ to ‘Night’ during the Manvantaric period, like everything else, as a matter of fact in this objective Universe — from man down to mite, from giant trees down to the tiniest blades of grass.”

“The Waters of Life, or Chaos — the female principle in symbolism — are the vacuum (to our mental sight) in which lie the latent Spirit and Matter. This it was that made Democritus assert, after his instructor Leucippus, that the primordial principles of all were atoms and a vacuum, in the sense of space, but not of empty space, as ‘Nature abhors a vacuum’ according to the Peripatetics, and every ancient philosopher.

“In all Cosmogonies ‘Water’ plays the same important part. It is the base and source of material existence. Scientists, mistaking the word for the thing, understood by water the definite chemical combination of oxygen and hydrogen, thus giving a specific meaning to a term used by Occultists in a generic sense, and which is used in Cosmogony with a metaphysical and mystical meaning. Ice is not water, neither is steam, although all three have precisely the same chemical composition.”

And even in the most ordinary scientific speculations, contrary to modern science, water has now been proven to have “memory” — a fact that supports the occult concept of the “waters of space” as the preserver and container of all and everything that has ever existed.  (Check out the video tape):

END_OF_DOCUMENT_TOKEN_TO_BE_REPLACED

Immortality: Kinship of the Human Spirit with God Spirit

Posted on September 9, 2016 by Theosophy Watch | Leave a comment

The Dance of Siva

SPIRITUAL evolution is spiral, as described by Theosophy, and the path of spirituality “turns corkscrew-like, within and around physical, semi-physical, and supra-physical evolution.” (H. P. Blavatsky)

Cocooned, and preordained like the butterfly to be, our Soul potential waits “inextricably interwoven and interblended at every point,” awaiting each new earthly reincarnation.

It is a dynamic and transformational soul evolution. A journey we have undertaken on this patient and resilient planet, a journey fraught with peril and promise. But this Path doesn’t have to be a long and painful one, if we understand and practice the secret.

Challenging religious and scientific dogmas, and wasting no time in her Preface to Isis Unveiled 1:vi, her first Theosophical book, Blavatsky immediately sets the bar to its highest level,  posing a key question:

“Who ever saw the Immortal Spirit of man, so as to be able to assure himself of man’s immortality?”

Man’s immortality and the existence of God, were the primary healing doctrines that H. P. Blavatsky, the acknowledged Mother of the New Age, was determined to explain and demonstrate to an often perplexed and confused humanity. 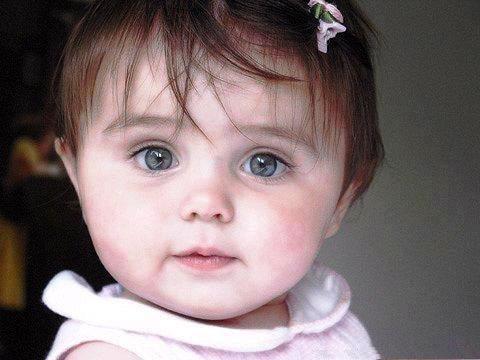 Usually it is the clear-eyed children, unfettered by man-made dogmas, who are the ones able to receive the soul of things, not their parents or teachers. The amazing story of James Leininger’s reincarnation offers dramatic proof of a child’s irrepressible soul insights.

END_OF_DOCUMENT_TOKEN_TO_BE_REPLACED

The Goddess in the Well, Source of Spiritual Truth and Wisdom

SIMILAR to an internet-connected smart phone, our hearts invisibly and wirelessly connect us to an infinite network of spiritual information.

Through the unseen energy the heart emits, humans are subtlety yet profoundly networked to each other and to all living things.

“O fearless Aspirant, look deep within the well of thine own heart,” urges The Voice of the Silence, warning the would-be disciple:

“Knowest thou of Self the powers, O thou perceiver of external shadows? If thou dost not, then art thou lost.”

The energy of this deep heart-well literally binds us to each another. Additionally, every person’s heart vibration, positive or negative, contributes to what is called a single ‘collective field environment.’

But the more we advance in the direction of harmony, the more “pitfalls” we encounter, says The Voice of the Silence: “The path that leadeth on, is lighted by one fire — the light of daring, burning in the heart. The more one dares, the more he shall obtain. The more he fears, the more that light shall pale — and that alone can guide.”

“For as the lingering sunbeam, that on the top of some tall mountain shines, is followed by black night when out it fades, so is heart-light. When out it goes, a dark and threatening shade will fall from thine own heart upon the path…”, which seems an unusual and very potent insight.

A short video explains the importance and how to increase the true heart light or energy, and how we each add to the collective field. The energetic field of the heart even connects us with the earth itself.