Evidence of an Afterlife, the Science of Near-Death Experiences 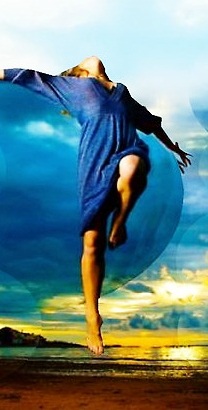 WHEN a neurosurgeon found himself in a coma, the medical doctor experienced things he never thought possible—a journey to the afterlife.

“Dr. Eben Alexander says he’s not the first person to have discovered evidence that consciousness exists beyond the body,” notes Newsweek Magazine in a feature article.

“Brief, wonderful glimpses of this realm are as old as human history.”

“Modern physics tells us that the universe is a unity—that it is undivided,” Dr. Alexander wrote in the Newsweek October 15 2012 cover story.

“Though we seem to live in a world of separation and difference,” he writes, “science tells us that beneath the surface, every object and event in the universe is completely woven up with every other object and event. There is no true separation.”

“In some sense man is a microcosm of the universe,” wrote David Bohm — legendary American quantum physicist known for his theory of an “Implicate Order,” a universe of undivided wholeness—”therefore what man is, is a clue to the universe.”

“We are enfolded in the universe,” Bohm says. Theosophy agrees. “We know of no eastern philosophy that teaches that ‘matter originated out of Spirit,’ Blavatsky wrote:

“Matter is as eternal and indestructible as Spirit and one cannot be made cognizant to our senses without the other—even to our, the highest, spiritual sense.” 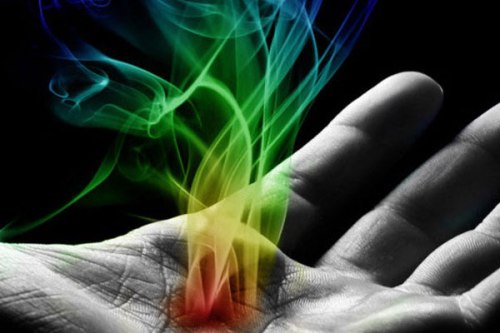 Theosophy also asserts what neurologists and physicists are now beginning to verify — that there is no special location of consciousness in the brain. Consciousness exists throughout the brain, and the body.

The mind actually lives independently with its own energetic matrix interpenetrating the physical body, using the brain, heart and other organs and cells as its toolkit on this plane.

“Spirit got itself entangled with gross matter,” Blavatsky wrote in The Theosophist, “for the same reason that life gets entangled with the foetus matter. It followed a law, and therefore could not help the entanglement occurring.”

END_OF_DOCUMENT_TOKEN_TO_BE_REPLACED

Everything is Conscious: We Are All One Being

END_OF_DOCUMENT_TOKEN_TO_BE_REPLACED

How the Soul of Leopard Diabolo became Spirit 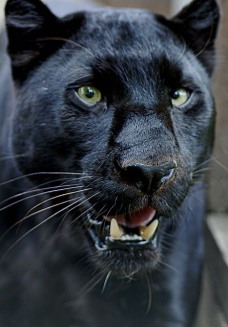 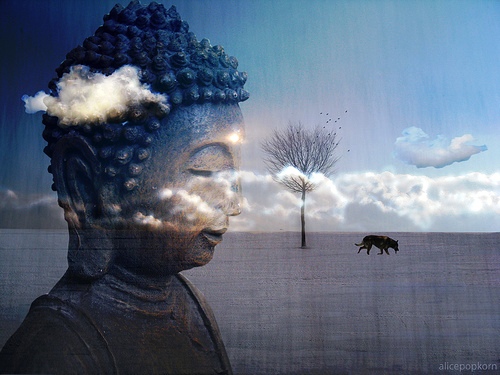 END_OF_DOCUMENT_TOKEN_TO_BE_REPLACED

Now is the Only Time We Have

“THE idea that things can cease to exist and still be, is a fundamental one in Eastern psychology.

“Under this apparent contradiction in terms,” wrote H. P. Blavatsky in The Secret Doctrine, “there rests a fact of Nature to realize is the important thing.”

“A familiar instance of a similar paradox is afforded by chemical combination,” she pointed out.

“The question whether Hydrogen and Oxygen cease to exist, when they combine to form water, is still a moot one.”

“Some [argue] that since they are found again when the water is decomposed, they must be there all the while—others contending that as they actually turn into something totally different, they must cease to exist as themselves for the time being.”

“Neither side is able to form the faintest conception of the real condition of a thing, which has become something else, and yet has not ceased to be itself.”

“Existence as water may be said to be, for Oxygen and Hydrogen, a state of Non-being which is ‘more real being’ than their existence as gases. And it may faintly symbolize the condition of the Universe when it goes to sleep, or ceases to be — “to awaken or reappear again, when the dawn of the new [Universe] recalls it to what we call existence.” 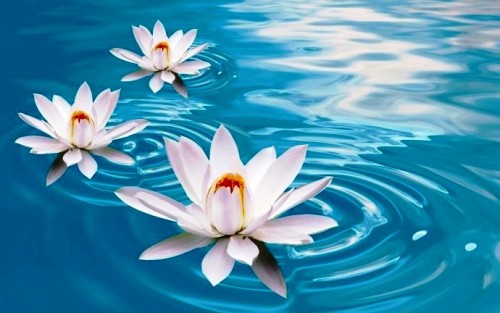 This masterful treatise on reality and illusion by Mme. Blavatsky might have been written by one of today’s  quantum physicists or frontier cosmologists.

Instead, they are her words, the ideas of a master Theosophical thought leader, excerpted from the Fundamentals of her magnum opus  The Secret Doctrine [1:54-5] — the  quintessence  of physics, metaphysics and ethics.