Everything is Conscious: We Are All One Being

Consciousness is at the core of even the simplest entities on earth, from atoms to molecules. Cells at disparate locations in our bodies, for example, talk to one other. Trees are known to warn other trees of insect attacks over long distances says Larry Gedney in “Do Trees Communicate for Mutual Defense.” (Gedney is a seismologist at the Geophysical Institute, University of Alaska, Fairbanks.)

Cosmic Soul or Mind are terms used by ancient sages who knew that the atoms, cells, and molecules of everything were endowed with mind and consciousness. Blavatsky notes that the ancient Hindus gave each entity a distinct name of a God or a Goddess, a Pantheon “composed of 30 crores (or 300 millions) of deities inside man.”

She explains further in her ground breaking article Kosmic Mind, how “the organs, and the whole body of man are composed of cells, and these cells are now being recognised as individual organisms, and – quien sabe

will perhaps be recognized some day as an independent race of thinkers inhabiting the globe called man! It really looks like it.”

It was thought, and materialistic science still does today, that all cellular action is mechanical. That “all the phenomena of assimilation and sucking in of food by the intestinal canal, could be explained by the laws of diffusion and endosmosis.”

Yet, “physiologists have come to learn,” H. P. Blavatsky wrote in her ground breaking article ‘Kosmic Mind’ — “that the action of the intestinal canal during the act of absorbing, is not identical with the action of the non-living membrane in the dialyser.”

Trees, More Than You See

“A forest is much more than what you see,” says ecologist Suzanne Simard. Her 30 years of research in Canadian forests have led to an astounding discovery — trees talk, often and over vast distances. Learn more about the harmonious yet complicated social lives of trees and prepare to see the natural world with new eyes.

Polygraph expert Cleve Baxter conducted  paradigm shifting experiments demonstrated that all cells, and plants and every life form he tested were in fact conscious thinkers. 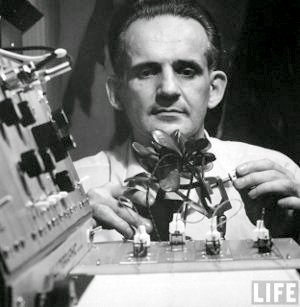 “Grover Cleveland ‘Cleve’ Backster, Jr. (February 27, 1924 – June 24, 2013) was an interrogation specialist for the Central Investigation Agency (CIA), best known for his experiments with plants using a polygraph machine in the 1960s which led to his theory of ‘primary perception’ where he claimed that plants ‘feel pain’ and have extra sensory perception (ESP).” [Wikipedia]

Baxter: “At thirteen minutes, fifty-five seconds chart time, the thought entered my mind to burn the leaf. I didn’t verbalize the idea; I didn’t touch the plant; I didn’t touch the equipment. Yet the plant went wild. The pen jumped right off the top of the chart. The only thing it could have been reacting to was the mental change. … 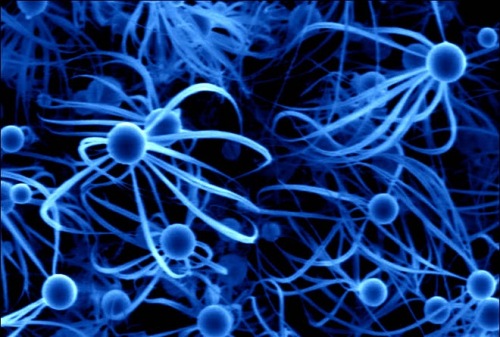 I have file drawers full of high-quality anecdotal data showing time and again how bacteria, plants, and so on are all fantastically in tune with each other. Human cells, too, have this primary-perception capability, but somehow it’s gotten lost at the conscious level. Or perhaps we never had such a talent.”

According to H. P. Blavatsky, the human being “acquires individuality, first by natural impulse, and then by self-induced and self-devised efforts (checked by its Karma), thus ascending through all the degrees of intelligence, from the lowest to the highest [mind], from mineral and plant, up to the holiest archangel (Dhyani-Buddha).” [The Secret Doctrine Vol. 1, Page  17] 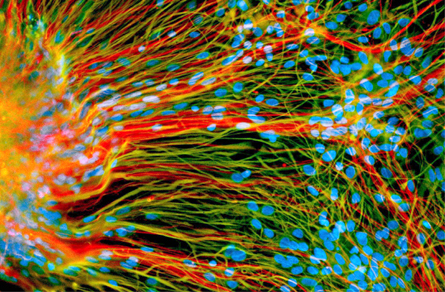 “It is now well demonstrated that ‘this wall is covered with epithelium cells, each of which is an organism per se, a living being, and with very complex functions.

“‘We know further, that such a cell assimilates food – by means of active contractions of its protoplasmic body – in a manner as mysterious as that which we notice in the independent Amœba …'”

“From a 21st-century scientific perspective, your body and brain are not just your body and brain,” according to the Huffington Post article Thinking Outside the (Skull) Box.  “You are also a teeming community composed of single-cell organisms.”

“A  tiny portion of the body are human cells (yours) while perhaps a hundred times more are mostly bacteria and archaea, known all together as the microbiome.”

“In a very real sense, all the amoebas alive today are the first amoeba,” says the article, “and the same goes for all the trillions of micro-organisms that occupy your body and are necessary for it to survive. (They aren’t free riders).

“As ‘you’ expand, boundaries melt away.  Since the entire mass of animal and plant life on earth traces back to single-cell creatures, ‘you’ are one enormous 3.5-billion-year-old being” [what the ancient teachers called Cosmic Mind].

“The [Hindu] Vedas speak of Brahman (reality) being bigger than the biggest and smaller than the smallest.  In modern terminology, this means ‘you.'”

The opening Proposition of The Secret Doctrine established this critically important Theosophical idea of universal unity: the “fundamental One Existence, or Absolute Being, must be the REALITY in every form there is.”

“Existence is ONE THING, not any collection of things linked together. Fundamentally there is ONE BEING.”

Bonnie Bassler discovered that bacteria “talk” to each other, using a chemical language that lets them coordinate defense and mount attacks. The find has stunning implications for medicine, industry — and our understanding of ourselves.

“A day of Brahma is made up of what are called Manvantaras — or period between two men — fourteen in number. These include four billion three hundred and twenty million mortal, or earth, years, which is one day of Brahma. [ancient Hindu Chronology]

“When this day opens, cosmic evolution, so far as relates to this solar system, begins and occupies between one and two billions of years in evolving the very ethereal first matter before the astral kingdoms of mineral, vegetable, animal and men are possible.”

“This second step,” according to ancient teachers, “takes some three hundred millions of years, and then still more material processes go forward for the production of the tangible kingdoms of nature, including man. This covers over one and one-half billions of years. And the number of solar years included in the present ‘human’ period is over eighteen millions of years.

“This cosmic and human chronology of the Hindus is laughed at by western Orientalists, yet they can furnish nothing better and are continually disagreeing with each other on the same subject.” 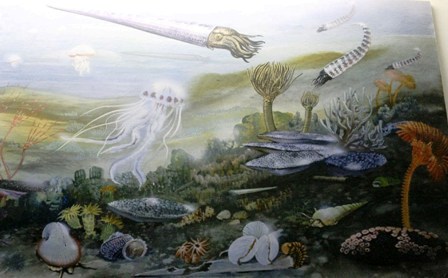 “The real age of the world is asserted by Theosophy to be almost incalculable, and that of man as he is now formed is over eighteen millions of years. What has become at last man is of vastly greater age, for before the present two sexes appeared the human creature was sometimes of one shape and sometimes of another, until the whole plan had been fully worked out into our present form, function, and capacity.

“This is found to be referred to in the ancient books … where man is said to have been at one time globular in shape.”

“This was at a time when the conditions favored such a form and of course it was longer ago than eighteen millions of years. And when this globular form was the rule the sexes as we know them had not differentiated and hence there was but one sex, or if you like, no sex at all.”

14 responses to “Everything is Conscious: We Are All One Being”