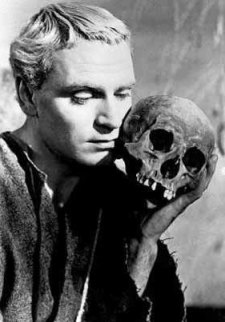 THOUGHT and consciousness itself is assumed by most neuroanatomists to be created by and located entirely in the physical brain, neatly tucked away inside our skulls.

This insistent worldview is only reinforced by our body language when we always describe thinking by pointing to our heads.

But native cultures never engaged in such assumptions. The traditional Native American view always considered the heart to be the center of thought and motive, pointing to it when referring to thinking.

Then there are those familiar ‘gut-feelings’ we often have. Those compelling instincts, studies show, are more often than not, intuitional signals, even so far as foretelling of some future event. “Two brains may seem like the stuff of science fiction, but they make literal and evolutionary sense,” NY Times writer Harriet Brown says. But three brains? That does seem a stretch.

Yet in Theosophy brains can number into the billions. Every cell and organ has a consciousness of its own. The physical heart  also functions as a powerful “brain.”

As stated in The Secret Doctrine (1:274): “Everything in the Universe, throughout all its kingdoms, is conscious: i.e., endowed with a consciousness of its own kind and on its own plane of perception.” 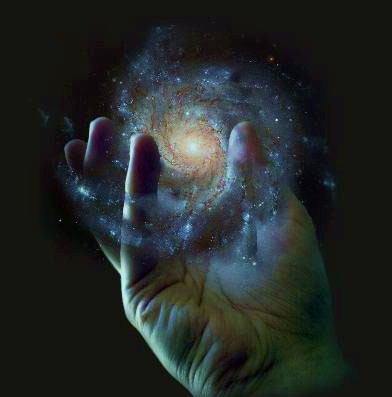 And in her article “Kosmic Mind” H. P. Blavatsky wrote:  There is “consciousness in every universal atom . . . every atom is a little universe in itself; and every organ and cell in the human body is endowed with a brain of its own, with memory, therefore, experience and discriminative powers.”

“Groundbreaking research in the field of neurocardiology has established that the heart is a sensory organ and a sophisticated information encoding and processing center, with an extensive intrinsic nervous system sufficiently sophisticated to qualify as a “heart brain.” (Neurocardiology-Anatomical and Functional Principles, by J. Andrew Armour, M.D., Ph.D.) 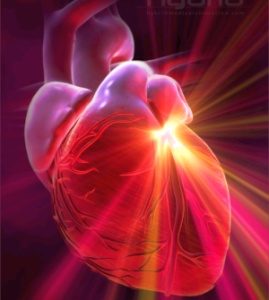 Confirming this triune constitution Mme. Blavatsky explained “there exists in Nature a triple evolutionary scheme . . . or rather three separate schemes of evolution, which in our system are inextricably interwoven and inter-blended at every point. These are the Monadic (or spiritual), the intellectual, and the physical evolutions. . . . Each of these three systems has its own laws.” [Corresponding to heart, brain and gut] (The Secret Doctrine 1:181).

[Like the heart], “the enteric nervous system [the gut] must assess conditions, decide on a course of action and initiate a reflex.  And does all this on its own, with little help from the central nervous system.” 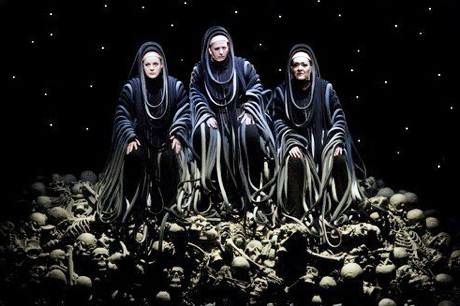 Undeterred, most neuroscientists continue to diligently barrel along cataloging what they insist are ‘the neural correlates of consciousness’ in the brain, and seem determined to prove that these neurons are the sole authors of our thoughts and feelings, isolated exclusively in the fatty workshop between our ears.

This consensus view dictates that when we die everything we are or learned disappears forever — including our soul and our individual ‘I am I’ consciousness. But this reductionist view of mind and consciousness is losing favor with many research scientists on the leading edge today, and may be about to radically change.

The Field of Mind

Adam McLeod is author of “Intention Heals” and the “DreamHealer” series. He combines the subtle energy he “sees” as a healer using his Native American experience in aboriginal healing, and the cutting-edge biosciences he knows as a molecular biologist . He has presented with Astronaut Dr. Edgar Mitchell many times in conferences. In the film “The Living Matrix” Dr. Mitchell credits Adam with distantly healing his kidney cancer. 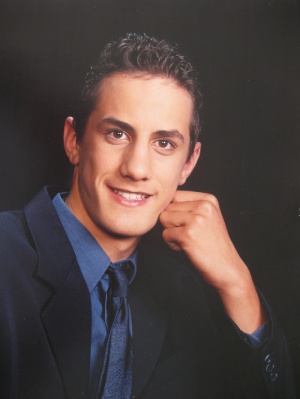 It takes a Village

Recently it was confirmed that the brain in our head is indeed not unique. As said, our gut has a brain and can think independently, as does the heart. “Two brains are better than one,” as Harriet Brown said in her The New York Times article — we have a ” brain in the head, and one in the gut.” 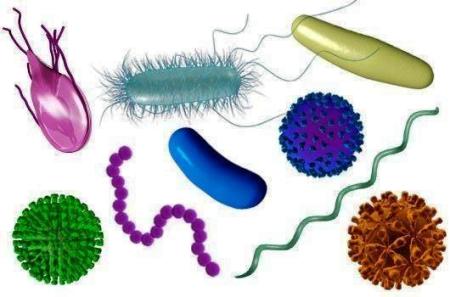 “During a special recognition test, guesses turned out to be as accurate or more accurate than when study participants thought they consciously remembered,” a related study reported – (“that gut feeling may actually reflect a reliable memory”) That idea suggests we shouldn’t “rely only on conscious memory.”

“… we also need to develop our intuitive nature and creativity. Intuition may have an important role in finding answers to all sorts of problems in everyday life …”

“The study links lucky guesses to valid memories and suggests that people need to be more receptive to multiple types of knowledge.”

In the next video Dr. Mark Hyman shares groundbreaking information about our two brains. But our gut is no second fiddler, and Dr. Hyman offers a simple, step-by-step plan to achieve amazing health. (The Ultrawellness Center). Contact Dr. Hyman at: 55 Pittsfield Road, Suite 9, Lenox, MA 01240, (413) 637-9991

“That gut feeling may actually reflect a reliable memory,” one study affirmed. “You know the feeling. You make a decision you’re certain is merely a ‘lucky guess.'”

“A new study from Northwestern University offers precise electrophysiological evidence that such decisions may sometimes not be guesswork after all.” 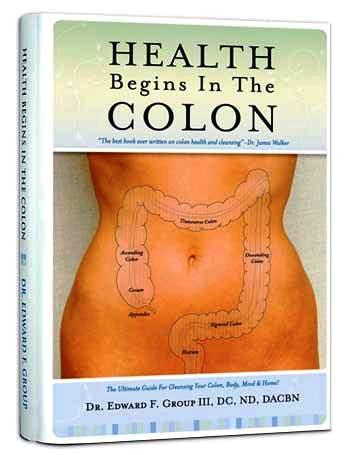 Health Begins in the Colon

“One of the early pioneers in neurocardiology is Dr. J. Andrew Armour, who introduced the concept of a functional ‘heart brain’ in 1991,” says the Institute of HeartMath. “His work revealed that the heart has a complex intrinsic nervous system that is sufficiently sophisticated to qualify as a ‘little brain’ in its own right.” 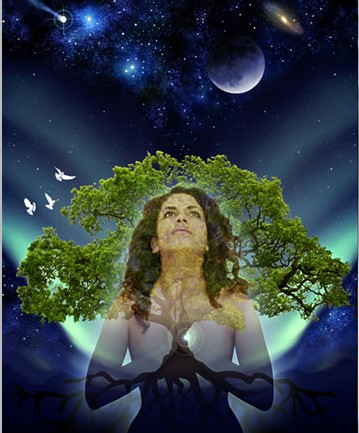 “Our physiological systems are interacting in subtle ways with the electromagnetic signal produced by [the] heart,” reports The Institute. This signal, they say, is “registered in the brain waves of people around you.”

This could explain a lot about the mechanism of transference of thoughts between people at a distance, and other related psi phenomena.

Rollin McCraty:
Science of the Heart

For each person, Dr. McCraty reports,”the heart’s electromagnetic field is believed to act as a central synchronizing signal within the body.”

For non-reductionist scientists, looking for proof that consciousness exists separately from the gray matter of the brain, research is ongoing. This is critical research, and will lead to a science-based spiritual shift. That shift will undoubtedly prove what Blavatsky wrote in her article Psychic and Noetic Action:

“The phenomena of human consciousness must be regarded as activities of some other form of Real Being than the moving molecules of the brain.”

The Language of Emotions

There is much still to learn, and there are exciting potential medical applications —but many scientists admit to barely scratching the surface, and their heads, over what is now being revealed about consciousness apparently being a separate energy system from the body and brain.

“It is the function of the physical, lower mind to act upon the physical organs and their cells,” she wrote, “but it is the higher mind along which can influence the atoms interacting in these cells:

— which interaction is alone capable of exciting the brain, via the spinal ‘center’ cord, to a mental representation of spiritual ideas far beyond any objects on this material plane.”

Hindu and Tibetan meditators understand whole body consciousness first hand., H. P. Blavatsky recognized the complex and pervasiveness of consciousness, insisting that every cell and organ must have a brain of its own to focus and organize that energy.

“Memory has no seat, no special organ of its own in the human brain,” Blavatsky wrote, but has “seats in every organ of the body” — also pointing out that “the ancient Hindus endowed every cell in the human body with consciousness.”

“They cannot be explained as the simple resultant of the cerebral physiological processes, [they are only] a form for purposes of concrete manifestation.”

“The phenomena of divine consciousness have to be regarded as activities of our mind on another and a higher plane,” Blavatsky concludes, “working through something less substantial than the moving molecules of the brain.”

4 responses to “My Three Brains”