THE 2018 Spring Equinox in the Northern Hemisphere occurred at 12:15 PM, Tuesday, March 20 according to astronomical reckoning.

But what exactly is the spring equinox or ‘vernal equinox,’ as it is also known, and why do so many Northern peoples like to celebrate it every year at this time?

The astronomical event marks the start of spring in the northern hemisphere, which means longer days are on the way and people around the world will celebrate fresh starts.

The phenomenon is a solar event like the solstices that occur on the first days of summer and winter at dawn for two or three days.

Though the length of days are not equal, at solstices the sun seems to linger for several minutes in its passage across the sky, before beginning to double back, another kind of beginning or rebirthing.

In the northern hemisphere the solstices mark the annual return of an ancient solar festival. Indeed, “turnings of the sun” is an old phrase, used by both Hesiod and Homer. The novelist Alan Furst has one of his characters nicely observe, “the day the sun is said to pause,” (NY Times Op Ed): “Pleasing, that idea as though the universe stopped for a moment to reflect, took a day off from work. One could sense it, time slowing down.” 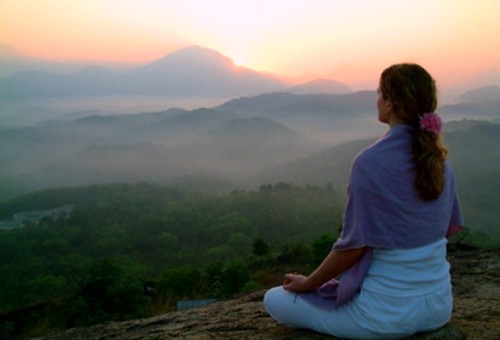 But for Theosophy light has much deeper metaphysical even spiritual implications. Both the Sun and the human heart are the two greatest life-givers we know, both emit light and are indissolubly interconnected. According to occult teachings, both radiate a powerful aura of biological and regenerative energies continuously.

H. P. Blavatsky in The Secret Doctrine (1:290, xxi) reveals, (from a “Commentary hitherto secret”) that: “The real substance of the concealed (Sun) is a nucleus of Mother substance,

it is the heart and the matrix of all the living and existing Forces in our solar universe.” 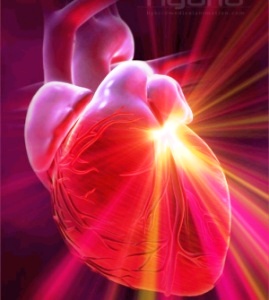 “As its substance is of a different kind from that known on earth, the inhabitants of the latter, seeing through it, believe in their illusion and ignorance that it is empty space,” she notes, “yet there is

not one finger’s breath (angula) of void Space in the whole Boundless Universe.”

Ancient astrology and astronomy identify many ancient temples and pyramids around the world were connected to solar symbology. Such sites and mounds are considered mere burial tombs by mainstream archaeologists, most of whom are disinterested in spiritual traditions. 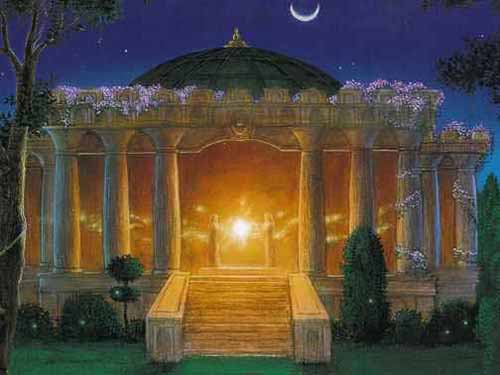 But at the time of their construction these sites were in fact intended, wrote H. P. Blavatsky in Isis Unveiled (1:270), to be sacred places of initiation. Describing the Spiritual Sun, called “Agni,” the ancient Rig-Veda declared: “His radiance is undecaying …

…the intensely-shining, all-pervading, unceasing, undecaying rays of Agni desist not, neither night nor day.”

END_OF_DOCUMENT_TOKEN_TO_BE_REPLACED 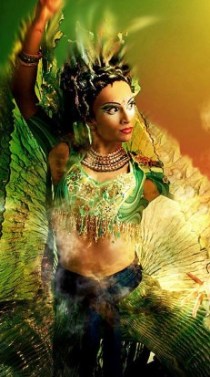 RULING the Earth is not the “god” gravity, as taught by modern science, but something much more powerful, and even closer to home.

That something is the universal Tibetan god “Fohat”or electro-magnetism, the central principle of Theosophy defined as a conscious electro-spiritual power.

In defiance of modern science’s gravity god, magnetism and electricity are on their face the real universal forces, twins underpinning nature and the infinite cosmos — from fireflies to huge galaxies, to the mysterious invisible atom.

Mainstream physicists are still stuck on gravity to support their dubious ‘standard model.’  Science still insists that gravity alone (a secondary force according to Theosophy) runs the whole universe — yet, as with magnetism, science really understands very little about either force.

“Solar prominences and coronal mass ejections do not obey gravity either. Nor does sunspot migration.”

“Nor does the movement of the atmosphere, since the upper layers rotate faster than the lower, reversing the situation predicted by theory,” Thunderbolts physicists demonstrate, “while the equatorial atmosphere completes its rotation more rapidly than the atmosphere at higher latitudes, another reversal of predicted motions.” 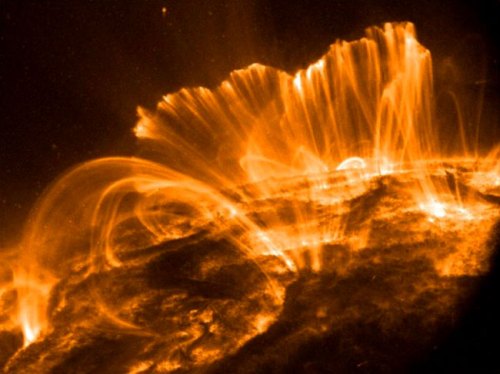 But back to Earth, a young Serbian schoolgirl amazed doctors  with her astonishing magnetic hands, which, like our Sun — following the Hermetic axiom,”as above, so below” — possessed gravity defying power.  And, as to the Sun, we are dependent for life on the ‘little sun’ in our bodies — the heart.

It is “the same as the circulation of the blood in the human body or life,” says occult science (SD 1:541) — “the Sun contracting as rhythmically at every return of it, as the human heart does.” 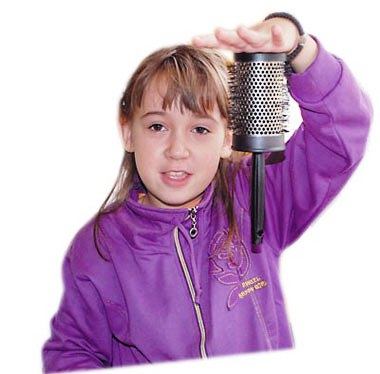 “Everything in the universe follows the rule of analogy,” Blavatsky assures her readers in The Secret Doctrine (1:177). “Man is the microcosm of the Universe. That which takes place on the spiritual plane repeats itself on the Cosmic plane.

“Concretion follows the lines of abstraction; corresponding to the highest must be the lowest; the material to the spiritual.”

END_OF_DOCUMENT_TOKEN_TO_BE_REPLACED

The Secret Universe Part 1: Space is Not Empty 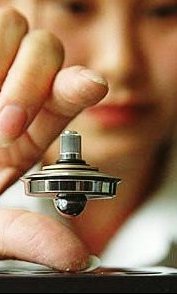 “THERE are many false ideas that are derived from Big Bang dogma. But the point is simple: This dismal, depressing, lifeless, soulless, disconnected, Godless, pessimistic goo is what allegedly constitutes our reality.

“Although this reality is promoted by the editors at Wikipedia, those gatekeepers did not sanctify Albert Einstein or contrive the Big Bang.

“This propaganda is perpetuated by establishment cosmologists who reside in the ivory towers of big government and big academia. Intellectually these have been reduced to vested interests that have a lot to lose! Decades-long academic reputations, self-effacing public proclamations, thousands of peer-reviewed PhD theses, and billions in research grants funded by the taxpayers are all at stake.

“But like their gravity-only theory, the Big Bang charlatans are rife to keeping the taxpayer and layperson disconnected from the emerging reality wrought by hard scientific data. The latest scientific discoveries that refute the gatekeepers emerge from a discipline called plasma cosmology.”

“What is finally that invisible and intangible God in whom we should believe on blind faith?” asks also H. P. Blavatsky in The Secret Doctrine Vol. 1:490 — thus denying the charlatan gravity:

“Astronomers who see in gravitation an easy-going solution for many things, and an universal force which allows them to calculate thereby planetary motions, care little about the Cause of Attraction. They call Gravity a law, a cause in itself. We call the forces acting under that name effects,and very secondary effects, too. One day it will be found that the scientific hypothesis does not answer after all…” 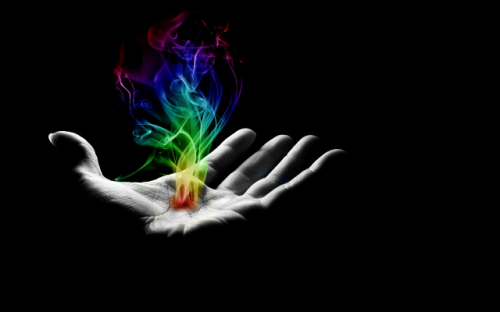 The Flame of Matter

“Matter (or nature) acting by her own peculiar energy,” writes a Master, “must have always existed — its materials ever changing form, combinations and properties, but its principles or elements being absolutely indestructible.

“Its motion is due to the force
which is inherent in itself.”

END_OF_DOCUMENT_TOKEN_TO_BE_REPLACED

The Near Death Experience: A Drowning Man’s Vision 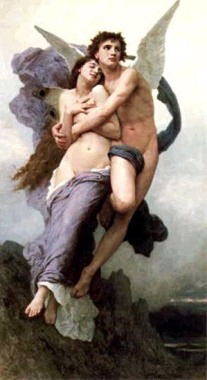 THE Myth of Er is a legend that concludes Plato‘s Republic (10.614 – 10.621). The story includes an account of the cosmos and the afterlife, Wikipedia notes,

“that greatly influenced religious, philosophical, and scientific thought for many centuries.”

No one, however gross and material he might be in this life and thought, can avoid leading a double existence in reality. One life is lived in the visible universe, the other plays out in the invisible.

This is a fundamental tenet of the Theosophical Philosophy as presented by H. P. Blavatsky.

“Socratic myths describe the ascent of the soul to true knowledge,” Theosophical scholar W. T. S. Thackera says, “its communion with divine realities, and its return to enlighten mankind.”

“The order of the Dialogues is important, as the myths in them,” Thackera explains, “each representing a kind of initiation, progressively reveal new teaching and clarify the old.” 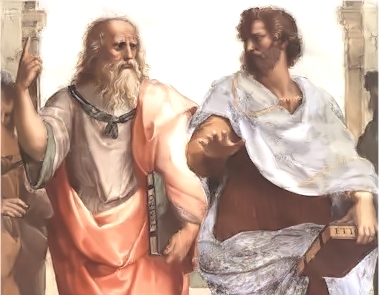 “Plato opens the Republic with a conversation between Socrates and his elderly friend Cephalus on the subject of death,” Thackara writes. “Cephalus wants to assure himself that, if there is an afterlife, he will be spared the sufferings of the underworld. He even quotes from one of Pindar’s odes to support his argument.

The message is clear: we are all immortal beings, and our destiny is in our own hands.

“Plato ends the Republic with the Vision of Er, as Socrates describes the spiritual warrior who is slain in battle and returns to life, physically resurrected in order to transmit the message of all saviors. (W. T. S. Thackara in Plato’s Myths and the Mystery Tradition). 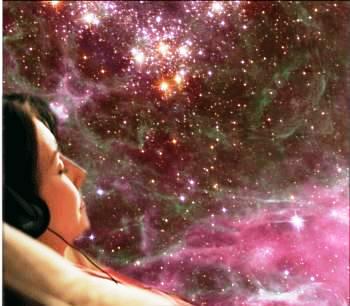 “Music of The Spheres”

“Between Science and Theology is a bewildered public, fast losing all belief in man’s personal immortality, in a deity of any kind,” H. P. Blavatsky wrote in Isis Unveiled [2:593], “and rapidly descending to the level of materialism.”

Yet, she adds, “from the remotest antiquity, mankind as a whole have always been convinced of the existence of a personal spiritual entity, within the personal physical man.”

“This inner entity was more or less divine, according to its proximity to the crown — Chrestos [The Higher Self].” 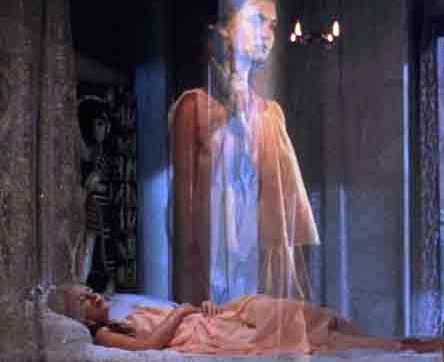 “It is on the indestructible tablets of the astral light that is stamped the impression of every thought we think, and every act we perform. And future events — effects of long-forgotten causes” — Isis Unveiled [I:178] — “are already delineated as a vivid picture for the eye of the seer and prophet to follow. the vast repository where the records of every man’s life as well as every pulsation of the visible cosmos are stored up for all Eternity!”

END_OF_DOCUMENT_TOKEN_TO_BE_REPLACED

Sins of the Father, the Ghost in your Genes 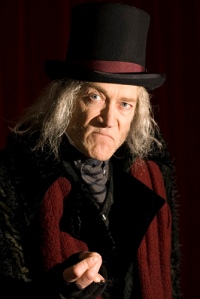 WHAT thousands of honest employees in the Enron scandal revealed back in 2001 is they paid by association dearly for the misdeeds at the top of their corporate leadership.

Either way the lesson was clear: No one is ever secure working for a company whose administration has lost its moral compass. But, whether or not this is fair, is not the broader issue.

Can events suffered by one generation really affect future generations? Is there no Karmic relief? Are we as humanity to be forever haunted by the specter of an Ebeneezer Scrooge karmic revenger? Human genetic biology may hold the answer to this question in the form of potentiated memories, the consequential remainder of our former unremembered responsibilities. 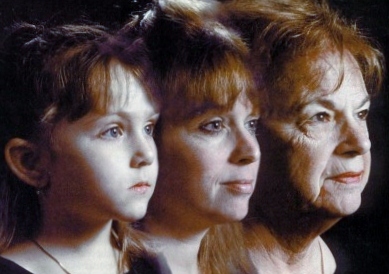