Taming the Beast: Choosing the Mind We Want 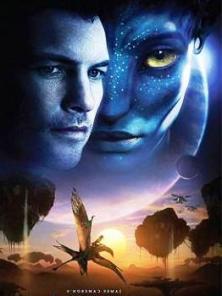 WHEN acting through the physical filter of our human brains and bodies, our minds clearly manifest a complex double nature — and this is a critical and pivotal tenet of Theosophical psychology.

Mind’s higher aspect gravitates toward its home spirit-self, while the tendency of its astral and physical projection on this plane is an almost irresistible attraction to materialism and desires.

Broadly considered, what is called higher mind in Theosophy is a soul faculty, our intuitional power source — it is the “god” in man. This is Plato’s teaching about ‘Nous.’ In her remarkable article Psychic and Noetic Action, H. P. Blavatsky wrote:

“Occult physiology and psychology postulate within mortal man an immortal entity, ‘divine Mind,’ or Nous, whose pale and too often distorted reflection is that which we call ‘Mind’ and intellect in men.”

“No physiologist, not even the cleverest, will ever be able to solve the mystery of the human mind, in its highest spiritual manifestation. Nor will they be able to understand the duality of the psychic and the noetic — or even to comprehend the intricacies of the former on the purely material plane.”

“Concerning the nous that is the source of understanding of individuals, Plato argued that relying on sense perception can never lead to true knowledge, only opinion. Plato’s more philosophical characters argue that nous must somehow perceive truth directly.” [Wikipedia]

“The soul is the Perceiver is assuredly vision itself pure and simple, unmodified, and looks directly upon ideas.”

Plato from Raphael’s The School of Athens

“These two we distinguish as the Higher Manas (Mind or Ego), and the Kama-Manas, i.e., the rational, but earthly or physical intellect of man, encased in, and bound by matter.”

Harvard trained brain scientist, Jill Bolte Taylor, following her life-altering stroke, had a direct knowing of this powerful duality; what is known in Theosophy as our ‘personal’ and ‘impersonal’ selves.

The enigma is dramatized by Dr. Taylor in her New York Times bestselling book “My Stroke of Insight.” As a brain researcher Dr. Taylor’s focus is neuroanatomical, i.e. the brain’s left and right hemispheres. Below is an excerpt from the TED Talk about the details of her experience:

The Psychic and Noetic

“The all-conscious SELF, that which reincarnates periodically, [is] verily the WORD made flesh, and is always the same! Its reflected “Double,” changing with every new incarnation and personality, is conscious but for a life-period. The Lower Self manifesting through our organic system, acting on this plane of illusion, imagines itself the Ego Sum, and thus falls into the ‘heresy of separateness’.

“The former, we term INDIVIDUALITY, the latter PERSONALITY. From the first proceeds all the noetic element, from the second, the psychic, i.e., ‘terrestrial wisdom’ at best, as it is influenced by all the chaotic stimuli of the human or rather animal passions of the living body. 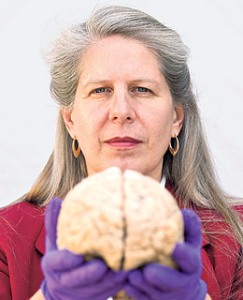 “The seat of memory is everywhere throughout the human body. To locate it in the brain is to limit and dwarf the Universal Mind and its countless Rays (the Manasaputra) which inform every rational mortal. Materialists sniff contemptuously at the mention of ‘Universal Mind’ and the Higher noetic souls of men.”

“The assumption that the mind is a real being, which can be acted upon by the brain, and which can act on the body through the brain, is the only one compatible with all the facts of experience.” — George T. Ladd, in the Elements of Physiological Psychology.

Theosophy’s ‘universal mind’ teaching can be likened in its grandeur to the astrophysicist’s Cosmic Microwave Background (CMB) — comic mind is the spiritual intelligent substratum of the universe, according to Theosophy.

Cosmic Microwave Background of the Universe

Consciousness considered at this scale has no single location, but like the CMB is suffused throughout every atom in space (and in our brains) and may be likened to the screen in a movie theater — though it is much more than this, as it is the reservoir of collective consciousness in man and nature.

Without this universal mind, as the metaphorical screen, there can be no conscious life experience — i.e., no ‘movie.’

“Apart from Cosmic Substance, Cosmic Ideation could not manifest as individual consciousness, since it is only through a vehicle of matter that consciousness wells up as ‘I am I,’ a physical basis being necessary to focus a ray of the Universal Mind at a certain stage of complexity.

“Again, apart from Cosmic Ideation, Cosmic Substance would remain an empty abstraction, and no emergence of consciousness could ensue — and “the manifested universe is pervaded by duality, which is, as it were, the very essence of its ex-istence as ‘manifestation.’”

“Each individual in the world can be thought of as a localized mind with some spreading out in space, and there is already some experimental evidence that shows there is a global mind reaction to large-scale world events. This is evidenced by the Global Consciousness Project.”

In the ancient theosophical world all life was sacred, because all particles were ‘god particles’ — just as there was one humanity linked indissolubly with nature, all imbued with one universal, divine substance-principle.

“Ancient esoteric science is called the ‘thread-doctrine,'” Blavatsky wrote, “because it strings together all the ancient philosophical religious systems, and reconciles and explains them all.”

“The fundamental Law in that system, the central point from which all emerged, around and toward which all gravitates, and upon which is hung the philosophy of the rest, is the One homogeneous divine Substance-Principle, the one radical cause. t is the omnipresent Reality: impersonal, because it contains all and everything.

“Its impersonality is the fundamental conception of the System. It is latent in every atom in the Universe, and is the Universe itself. The Universe is the periodical manifestation of this unknown Absolute Essence. It is best described as neither Spirit nor matter, but both. ‘Parabrahmam and Mulaprakriti’ [Sanskrit] are One, in reality.”

“If the universe is the answer, what is the question?”

Not only does esoteric science reconcile apparently conflicting systems, Blavatsky reminds us,

“but it checks the discoveries of modern exact science, and shows some of them to be necessarily correct, since they are found corroborated in the ancient records.”

“Science is, undeniably, ultra-materialistic in our days,” Blavatsky wrote, “but it finds, in one sense, its justification.” Because Nature behaving esoterically is only judged [by science] “through her appearance — and that appearance is always deceitful on the physical plane.”

“[Science] refuses to blend physics with metaphysics, the body with its informing soul and spirit, which they prefer ignoring.“ 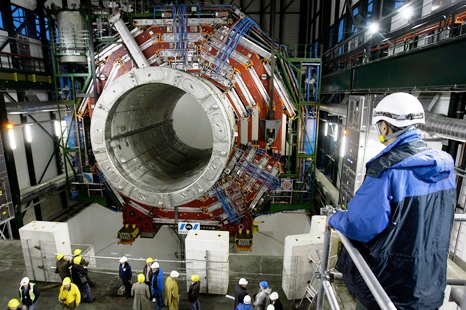 The Large Hadron Collider, searching for the ‘God Particle’

The existence of a unique “god particle” is unlikely — though 2,000 physicists from hundreds of universities and laboratories in 34 countries at the Large Hadron Collider at CERN were searching for it.

Even the contrasting belief of Intelligent Design owes its unconscious inspiration to the ancient tenet pointing to a conscious universe.

“Some people find God in church, some in the great outdoors,” argues Cecil Adams in The Straight Dope, “but it takes truly transcendent geekiness to find divinity in the Large Hadron Collider.”

The God of the LHC

It can all be resolved in what Blavatsky refers to in her Secret Doctrine as “the One homogeneous divine Substance-Principle, the one radical cause.” This “force” is latent in every atom, and is “neither Spirit nor matter, but both,” occultism teaches.

And, the same teaching says, as previous quoted:

“It is only through a vehicle of matter that consciousness wells up as ‘I am I’, a physical basis being necessary to focus a ray of the universal mind at a certain stage of complexity.”

The Reality of Duality

What this has to do with our subject, is explained by the same occult metaphysics. It asserts that once absolute consciousness begins to exhibit itself in a universe — as the electrical energy lights up a light bulb — a corresponding shadow is produced; and more importantly, there could be no light without that duality of bulb and electricity.

“The ‘manifested universe’, therefore, is pervaded by duality, which is as it were the very essence of its existence as ‘manifestation’, Blavatsky wrote: “The one reality, the Absolute is the field of absolute consciousness, i.e., that Essence which is out of all relation to conditioned existence, and of which conscious existence is a conditioned symbol. But once that we pass in thought from this (to us) absolute negation

“duality supervenes in the contrast of spirit (or consciousness) and matter, subject and object.”

“Spirit (or Consciousness) and Matter are, however, to be regarded, not as independent realities, but as the two facets or aspects of the Absolute (Parabrahm), which constitute the basis of conditioned Being whether subjective or objective.”

Object and Subject and Object

Becoming more logical mind beings, occult psychology notes, necessarily results gradually in the loss of our ‘instinct’ and favors reason, much like a growing child. But in losing this instinctual child-state, man also loses “his intuitional powers, which are the crown and ultimatum of instinct.”

“Reason is the clumsy weapon of the scientists, intuition the unerring guide of the seer.”

“Of all the objects in the universe, the human brain is the most complex: There are as many neurons in the brain as there are stars in the Milky Way galaxy,” encognitive.com imagines, “so it is no surprise that, ­despite the glow from recent advances in the science of the brain and mind, we still find ourselves squinting in the dark somewhat.

“The play’s the thing,” said Shakespeare. Like a meditating hermit lost in a forest, an actor who remains backstage, or movie film left in the camera, fails to connect with others we remain ever that ‘I am I’ consciousness. A visceral mix of mind and emotion, enacted in the public square, alone insures we are having an interactive human experience, whether real or imagined.

Hamlet, or Alice in Wonderland, are lessons in an endless psycho-physiological looking glass — the karmic machinations of human beings, and is the stuff of enduring classics. 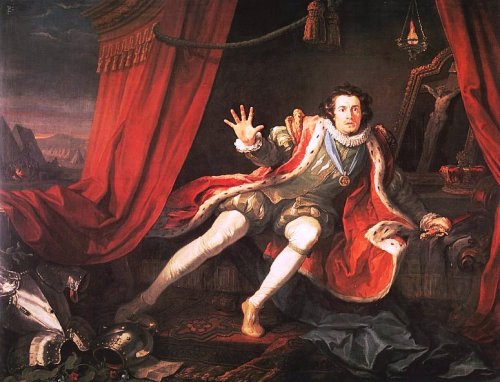 “A horse! a horse! my kingdom for a horse!” cried Shakespeare’s King Richard III. His sleep, just before the battle of Bosworth Field, haunted by the ghosts of those he has murdered — the King berates his higher mind with an agonized line:

“O coward conscience,
how dost thou afflict me!”

As with biologist Michael Behe’s examples of the irreducibly complex mousetrap and the eye, all parts of such mechanisms are required or they cease to function. In themselves, there are no “bad” or “good” components — all are necessary.

This is just as true when it comes to man, and a natural world that sometimes challenges our personal, egotistical wishful thinking. 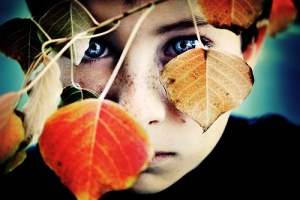 2 responses to “Taming the Beast: Choosing the Mind We Want”