The Healing Power of Reincarnation and Karma, Part 2

WHAT thousands of honest employees in that Enron scandal revealed back in 2001 is they paid by association dearly for the misdeeds at the top of their corporate leadership.

Either way, the lesson was clear: No one is ever secure working for a company whose administration has lost its moral compass. But, whether or not this is fair, is not the broader issue.

Can events suffered by one generation really affect future generations? Is there no Karmic relief? Are we as humans to be forever haunted by the specter of an Ebeneezer Scrooge karmic revenger? Human genetic biology may hold the answer to this question in the form of potentiated memories, the consequential remainder of our former unremembered responsibilities.

The Ghost in Your Genes

“We are on the brink of uncovering a hidden world, a world that connects past and future generations in ways we never imagined possible. . . An environmental exposure that your grandmother had, could cause a disease in you, even though you’ve never been exposed to the toxin. And you are going to pass it on to your great-grandkids.”

Men’s courses will foreshadow certain ends, to which, if persevered in, they must lead; but if the courses be departed from, the ends will change.

Invoking Karma as a haunting that plagues us unforgivably through life makes good theater. It is a also an apt metaphor for the wake-up call of conscience. But, if Karma is to be defined as:

…that unseen and unknown law which adjusts wisely, intelligently and equitably each effect to its cause.

(The Key to Theosophy by H. P. Blavatsky, Section 11, On The Mysteries of Reincarnation)

How does this explain the obvious injustice done to thousands who lost their jobs and billions in pensions because of the actions of a few selfish executives?

It is in The Key to Theosophy, Section 11, that explains the apparent conundrum where H. P. Blavatsky uses the phrase “unmerited suffering” — a puzzle to many students because it seems to contradict the fundamental karmic axiom that

…the particular conditions of life in which each person finds himself, are nothing more than the retributive Karma which the individual generated in a previous life.

This axiom of karma is explained in detail by W. Q. Judge in his Echoes from the Orient, Ch. 15 “when a being dies, he emits, as it were, a mass of force or energy, which goes to make up the new personality when he shall be reincarnated.”

“We say that man suffers so much unmerited misery during his life, through the fault of others with whom he is associated, or because of his environment,” Blavatsky explains,

…that he is surely entitled to perfect rest and quiet, if not bliss, before taking up again the burden of life.

Surely every one of us is entitled and compensated for their self-perceived mistaken beliefs, which remains as the ‘unmerited suffering’ during the period of between-life sleep known by the Tibetan word “Devachan” (place of the Gods), says Theosophy.

And she goes on to describe this compensation between lives on Earth — which we would compare to a long, sound sleep between hard days at work:

As a man exhausted by one state of the life fluid seeks another — as, for example, when exhausted by the hot air he refreshes himself with cool water — so sleep is the shady nook in the sunlit valley of life.

(The Secret Doctrine Commentary, Transactions of the Blavatsky Lodge, by H. P. Blavatsky, APPENDIX on DREAMS.)

“The life current must be broken,” she explained, “by changing the waking for the sleeping state. Ask a good clairvoyant to describe the aura of a person just refreshed by sleep…

[He]will be seen bathed in rhythmical vibrations of life currents — golden, blue, and rosy — these are the electrical waves of Life.

Anyone caught up in the outer circumstances of his life, may feel resentful of what he sees a personal injustice. But personal suffering in any one life is almost invariably due to lack of information stored in our own personal mind field.

When we are unaware of our stored karmic information, we lack insight into the entangled workings of karmic law — and cannot know ‘how things really are’ in this invisible matrix field bonded to us by our own actions.

Frontier thinker, biologist Bruce Lipton, Ph.D. explains why the information in our belief system, our thoughts, and behaviors, play such a critical role in every aspect of our life:

Inner self-knowing is what all the enlightened Teachers of humanity have acquired, through long lifetimes of struggle. Adepts are made, not born.

Spiritually mature persons think and practice the Buddhist ethic of non-separateness. It is only through recognizing the perfect justice of karma that we grow spiritually and find true happiness as humanity. 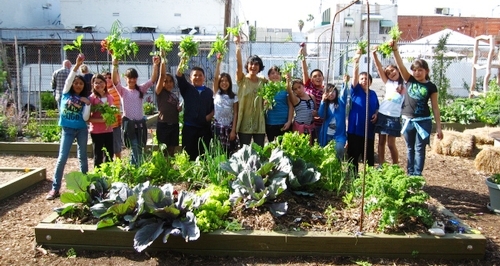 If a man speaks or acts with an evil thought, pain pursues him, as the wheel of the wagon follows the hoof of the ox that draws it.

But, The Buddha didn’t share our personal, limited notions of suffering. Poetically depicted in Edwin Arnold’s The Light of Asia, the great master of life taught a Karma-centered but optimistic, spiritual philosophy instead:

If ye lay bound upon the wheel of change,
And no way were of breaking from the chain,
The Heart of boundless Being is a curse,
The Soul of Things fell Pain.

Ye are not bound! the Soul of Things is sweet,
The Heart of Being is celestial rest;
Stronger than woe is will: that which was Good
Doth pass to Better — Best.

I, Buddh, who wept with all my brothers’ tears,
Whose heart was broken by a whole world’s woe,
Laugh and am glad, for there is Liberty!
Ho! ye who suffer! know

Ye suffer from yourselves. None else compels,
None other holds you that ye live and die,
And whirl upon the wheel, and hug and kiss
Its spokes of agony.

Healer Eric Pearl, Writer Lynn McTaggart, and Frontier Biologist Dr. Bruce Lipton explain how such a philosophy works in powerful ways to impact our health and well-being — and how, and what we think and feel can even alter the structure of our DNA:

But Karma as described in Theosophy is a Universal Law of Harmony, and in it this broadest sense, therefore, cannot be reduced in scope to one person or one life only. Its decrees must have the greater whole of Nature and the planetary well-being in view. Blavatsky wrote:

We must not lose sight of the fact that every atom is subject to the general law governing the whole body to which it belongs, and here we come upon the wider track of the Karmic law.

But how? What mechanisms are involved in the “wider track of the Karmic law,” or “distributive karma,” as taught in Theosophy — and how are these implemented? Blavatsky pointedly taught the ancient philosophy that:

The aggregate of individual Karma becomes that of the nation to which those individuals belong, and further, that the sum total of National Karma is that of the World.

(The Key to Theosophy by H. P. Blavatsky,
Section 11, On The Mysteries of Reincarnation) 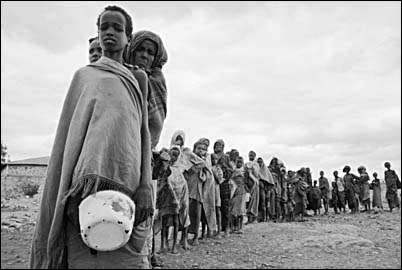 Larger fields of karma such as famines, and natural disasters are not “peculiar to the individual or even to the Nation, they are more or less universal,” Blavatsky wrote

…and it is upon this broad line of Human interdependence that the law of Karma finds its legitimate and equable issue.

Completed in 2003, the Human Genome Project (HGP) was a 13-year project coordinated by the U.S. Department of Energy and the National Institutes of Health.  Francis S. Collins, M.D., Ph.D., was the director of the Human Genome Project. His most recent book is “The Language of God: A Scientist Presents Evidence for Belief.” He wrote:

I am a scientist and a believer, and I find no conflict between those world views. 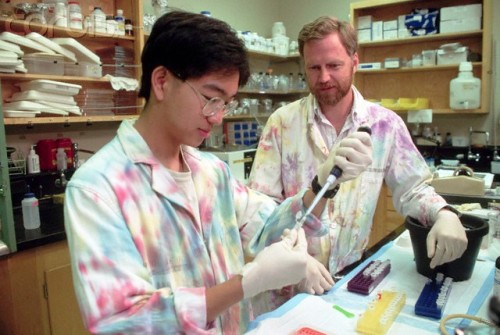 The Human Genome Project catalyzed the multi-billion-dollar U.S. biotechnology industry and fostered the development of new medical applications. Researchers were poised to use the knowledge about gene variations among individuals, to diagnose, treat and someday prevent the thousands of disorders that affect us. Yet, as John Lennon once prophetically wrote:

“Life is what happens to you,
while you’re busy making other plans.”

Reality leaves a lot
to the imagination.