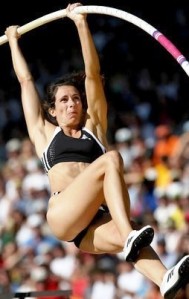 HAVING the right tools for a job is essential, just ask any electrician, plumber or carpenter.

Equally important, is that the tools being used are dependable and in good working condition.

On the spiritual level, the purity or impurity of our bodily instrument and senses determine, for better or worse, our soul’s ability to express its unique genius.

Krishna explains this very simply to his disciple, the soul warrior Arjuna, in the 2nd Chapter of The Bhagavad-Gita saying: “he who hath his senses and organs in control possesses spiritual knowledge.”

Likewise, the quality and adequacy of “the brain and body to transmit and give expression,” H. P. Blavatsky wrote in her article Genius, “is the result of Karma.” And offered an analogy:

… the physical is the musical instrument, and the Ego, the performing artist.

No skill of the soul she wrote, “can awaken faultless harmony out of a broken or badly made instrument.”  The physical “may be a priceless Stradivarius or a cheap and cracked fiddle.”

But sometimes physical limitations can be successfully overridden. The genius of Paganini, for instance, even burdened by a “cracked fiddle,” would still produce more perfect music from a damaged instrument than could a lesser musician.

Helen Keller with her instructor and lifelong companion, Anne Sullivan, appears in a Vitaphone newsreel from 1930. In this footage Sullivan demonstrates the unique way Helen learned to talk.

The heroic reawakening of Helen Keller is always inspiring. Helen was born a healthy child on June 27, 1880, to Captain Arthur H. and Kate Adams Keller of Tuscumbia, Alabama.

She started speaking at six months and walking at one year. In 1882, Helen contracted a mysterious illness, which doctors at the time called “brain fever.” It’s speculated that the illness was actually meningitis or scarlet fever. Helen Keller recovered, but the illness left her permanently deaf and blind.

Helen at Age 7 with Annie Sullivan

At the age of six, she was still deafblind, and a half-wild creature, almost as a feral child might be. “Helen Keller became famous for overcoming adversity, and she accomplished a lot in a life that was both challenging and extraordinary.”

More Info: Who Was Helen Keller?

With the help of her teacher Annie Sullivan, she proved so gifted she soon learned the fingertip alphabet, and shortly afterward to write.

“Death is no more than passing from one room into another,” Helen later wrote invoking immortality: “but there’s a difference for me, you know. Because in that other room I shall be able to see.”

A unique and dramatic example of courage, faith, perseverance, hope, and inner genius, Helen wrote of her life like an awakened Siddhartha Buddha: “out of this dark experience,” she wrote:

I understand more fully all human strivings, thwarted ambitions and the infinite capacity of hope.

The title originates in Mark Twain’s description of  Anne Sullivan as a “miracle worker.”  The “miracle” occurs when Annie (played by the incomparable Anne Bancroft) and the wild, blind and deaf Helen (Patty Duke) are at the water pump refilling a pitcher of water in the classic film. Based on the play by William Gibson

The Soul of Intellect

The breakthrough moment for Helen comes when she makes the intellectual and emotional connection between the word Annie spells into her hand and the water. As W. Q. Judge wrote in Chapter 7 of the Ocean of Theosophy:

the intellect alone is cold,
heartless and selfish. 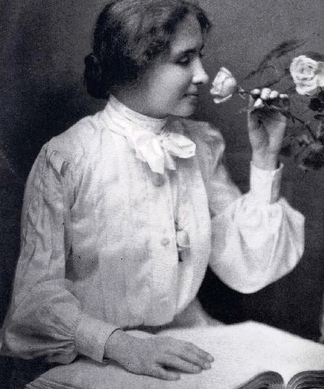 This is shown today by studies of neurological correlates in the brain. Intellect is not the sole path to the total experience of truth.

The real key lies in our feelings and emotions.

For example, it was the feeling of the water on her hands that was the missing emotional link to Helen’s linguistic breakthrough.

Helen Keller provided an object lesson of “living according to the dictates of the soul,” as W. Q. Judge explained in the Ocean of Theosophy, Chapter 9.

…the brain may at last be made porous to the soul’s recollections.

Helen clearly possessed a spirit of refined genius, with a rich determination that proved to be more than equal to her challenging life — a life that would likely have defeated most of us with normal sight and hearing.

Reincarnation is the evolutionary means by which lessons are learned. “It is abundantly clear” William Q. Judge says in The Necessity for Reincarnation: “that one life, even if prolonged” is woefully insufficient.

“One life is no more adequate to gain knowledge, acquire experience, solidify principle, and form character,

… than would one day in infancy be adequate to fit for the duties of mature adulthood.

It is only through the anciently understood law of coordinated rebirths, of progressive awakenings, that the physical brain and instrument are made ‘porous’ to the soul’s memories.

“Spirit (or Consciousness) and Matter are, however, to be regarded, not as independent realities,” Blavatsky explained in The Secret Doctrine:

… but as the two facets or aspects of the Absolute (Parabrahm), which constitute the basis of conditioned Being whether subjective or objective.

“Hence it will be apparent that the contrast of these two aspects of the Absolute,” she wrote, “is essential to the existence of the ‘Manifested Universe.'” 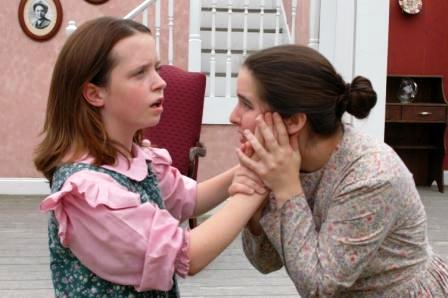 … since it is only through a vehicle of matter that consciousness wells up as ‘I am I’ — a physical basis being necessary to focus a ray of the Universal Mind at a certain stage of complexity.

“Again, apart from Cosmic Ideation, Cosmic Substance would remain an empty abstraction,” Blavatsky concludes, “and no emergence of consciousness could ensue.”

“Great genius if true and innate,” Blavatsky declared in her article Genius, is “not merely an abnormal expansion of our human intellect — can never copy or condescend to imitate.” It is always original she said, and “ever sui generis in its creative impulses and realizations.” 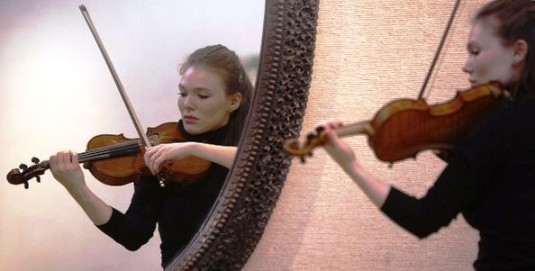 Barb Guerra, had an electrical accident while living in Pasadena, Texas when she was 2 years old, and lost both of her arms.

Now she is a mother, and in the video below you can see her doing daily things such as cooking and driving, and caring for her baby — demonstrating an original ability she developed by using only her feet.

“No Arms, No Legs,
No Worries”

“Born without arms or legs, Nick Vujicic gives motivational speeches to High School students. Vujicic travels 40 weeks out of the year sharing his story and trying to give inspiration and hope to others.

“This was truly an inspiration for me…if this young man can touch the lives of millions and take charge of his life why can’t I do it, why can’t you do it?

“We can have a Life Without Limits. Nick is the perfect example of life without limits.” (Tara Cuslidge, Recordnet.com)

H. P. Blavatsky described the importance of the processes active in early childhood, leading to the age of responsibility:

Man has his ‘double’ or shadow, properly so called, around which the physical body of the foetus — the future man — is built. 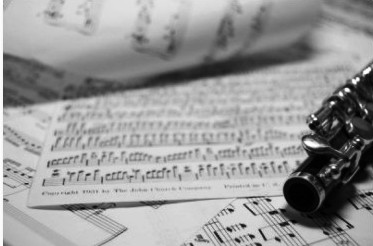 Music pattern for the piccolo instrument.

“The imagination of the mother, or an accident that affects the child, will affect also the astral body,” according to Blavatsky in her article on the Astral Body. Similar to a sheet of music:

The astral pattern exists before the physical performance, before mind is developed into action, and before the Atma [spirit] awakens on this plane.

The reincarnating ego-mind can more fully take hold of the body and brain when the child is seven years old, the ancients taught, and with it comes the responsibility of a conscious sentient being. 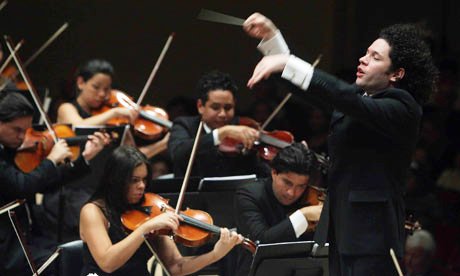 “Progressive awakenings,” are the primary keynote of H. P. Blavatsky’s evolutionary teachings in The Secret Doctrine 1:181. A “triple evolutionary scheme,” they are “inextricably interwoven and interblended at every point.”

“As we rise in the scale of development, we perceive that during the stages through which we have passed,” she explained, “we mistook shadows for realities.”

Analogous to the well-understood process of learning gymnastics, swimming, pole vaulting, music or painting, etc., The Secret Doctrine declares the process is the same for the mind and soul, that:

The upward progress of the Ego is a series of progressive awakenings.

Each advance brings with it “the idea that now, at last, we have reached ‘reality,’ she continues — “but only when we shall have reached the absolute Consciousness and blended our own with it,” [mastery of the instrument in this analogy]— “shall we be free” [of the keyboard] — i.e. free from illusions.

Our apologies if this video report upsets you. It is disturbing looking at the deep human suffering from the outside. Imagine what the heroic suffering, for both parent and child, must be on the inside! Welcome to the lessons of the Kali-Yuga (Dark Age). The bright side of human evolution is Reincarnation, and the continuous assistance we receive from the Higher Self, compassion incarnate.

This is the “Third Fundamental” of Theosophy, i.e. human beings engaging in a series of (hopefully) normal developmental stages over many lifetimes.

According to this teaching, we acquire our individuality, normally, “first by natural impulse,” (before the age of seven), “and then by self-induced and self-devised efforts” thereafter.

At every stage of development, the reincarnating soul is “checked by its Karma,” Blavatsky writes, and gradually ascends “through all the degrees of intelligence.”

These karmic lessons, great and small, are repeated at each of our new reincarnations. The fuller awakening of our higher spiritual mind

is achieved over many (or few) lifetimes depending on our individual karmic circumstances, our will and experiences. 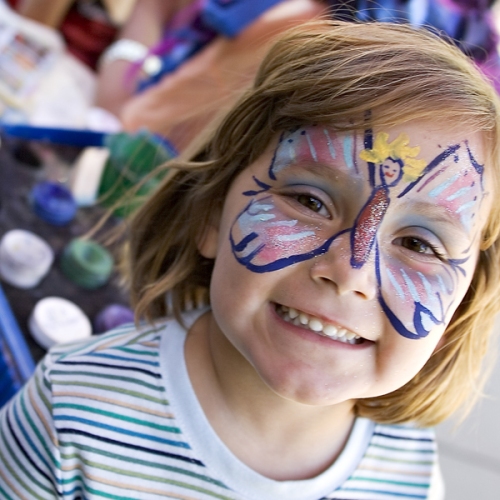 The subject of the evolution of human beings cycling on a sevenfold plan is a vast pilgrimage, embracing millions of years.

The journey of self-mastery is accompanied, every step of the way, by great opportunities that often lie hidden in our daily life circumstances and experiences.

This is Faith, an amazing dog that can walk on two legs…

Please watch this video if you’ve been feeling down, or if you feel like all hope is lost!

This is her story, a pup born with a birth defect. The incredible life of an amazing two-legged dog that walks upright like a human! An example of perseverance — an inspiration, and a miracle of never giving up.

10 responses to “Waking Our Inner God, the Divine Imprisoned Spirit”