Occult America: Through The Looking Glass

Through the Looking Glass

THE  surreal landscape of Lewis Carroll’s Through the Looking-Glass has Alice wondering what the world is like on the other side of a mirror.

To her surprise, Alice is able to pass into a fantastic astral world and experience an alternate existence.

A puzzled Alice discovers a book with looking-glass poetry called “Jabberwocky,” which she can read only by holding it up to a mirror.

To Theosophical students, Carroll’s imaginative invention is an unambiguous reminder of “the astral light” of occultism, a universal storage drive where original images of all things are seen in reverse of their visible projections on our terrestrial plane.

In 1871, mediumship and table-tipping were all the rage, detailed in Mitch Horowitz’s popular book Occult America. “Understandably, Carroll’s sequel to Alice in Wonderland was wildly popular at the time,” he writes:

Clairvoyance and psychic powers have always fascinated the public. But then, as now, they were considered nonsensical by mainstream scientists.

“Why, sometimes I’ve believed as many as six impossible things before breakfast,” the White Queen confides to Alice.

Alice through the looking glass.

Once of interest only to ghost-hunters, and the derided science of parapsychology, “The Big 5”: Precognition, Telepathy, Clairvoyance, Psychokinesis and Healing (known collectively as “psi”), are now being noticed by the rank-and-file psychological and neuroscience community.

It touched lives as disparate as those of Frederick Douglass, Franklin Roosevelt, and Mary Todd Lincoln—who once convinced her husband, Abe, to host a séance in the White House. Americans all, they were among the famous figures whose paths intertwined with the mystical and esoteric movement broadly known as the occult.

Dutch filmmaker, Renée Scheltema, has come out with a documentary on parapsychology. Colleague and longtime psychic researcher, Charles Tart, author of The End of Materialism, reviewed the film:

“I finally saw the result of Renée’s efforts, a DVD of her talented efforts and I’m very pleased. The  film Something Unknown Is Doing We Don’t Know What, is a “fascinating journey into the science behind psychic phenomena.”

“This is probably the best educational film on parapsychology and its implications that has ever been made. If you want to see and hear many of the most creative scientists doing research in this area, and find out what we know

Something Unknown: A Fascinating Spiritual Journey Into The Science Behind Psychic Phenomena
Is it possible to look into the future? Does mind over matter really exist? What is true about psychic healing? Is remote viewing real? Where is the boundary between real magical powers and fraud? Find out what scientists have to say, as these and more questions will be answered in this amazing award-winning documentary feature!

Located in Guildford’s Castle Grounds in a walled garden behind the bowling green, the sculpture of Alice is near the house that Lewis Carroll rented, and was created by sculptor Jeanne Argent.

Lewis Carroll (1832-1898) was in real life the Oxford Mathematics Lecturer (1855-81), the Rev. Charles Lutwidge Dodgson, or to his many young friends who knew him personally, Mr. Dodgson.

“In dealing with the dicta of psychics and mediums, it must always be remembered,” H. P. Blavatsky wrote, (Collected Writings, Volume 9 Page 163), “they translate automatically and unconsciously their experiences.” On any plane of consciousness, she says, they “are always translated into

the language and experience of our normal physical plane. 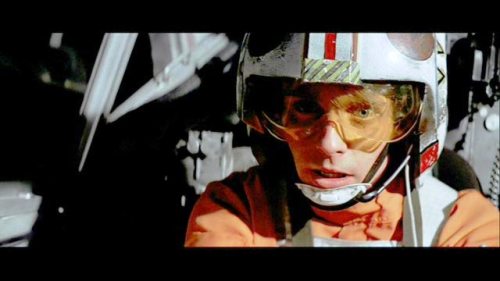 Former astronaut Dr. Edgar Mitchell describes his experience in this excerpt from Renée Scheltema’s visionary film Something Unknown is Doing We Don’t Know What.

Looking out at the dark, infinite starfield, he was completely engulfed by a profound sense of universal connectedness.

He describes having a life-changing experience, sometimes called The Overview Effect (Beyond the Personal, Something Unknown). Mitchell, along with parapsychologist Charles Tart, attempt to interpret their non-linear feelings and insights for the rest of us.

“And this confusion can only be avoided by the special study-training of occultism,” Blavatsky continues, “which teaches how to trace and guide the passage of impressions from one plane to another and fix them on the memory…”

Even if untrained, she notes, “a pure medium’s Ego can be drawn to and made, for an instant, to unite in a magnetic (?) relation with a real disembodied spirit, whereas the soul of an impure medium can only confabulate with the astral soul, or “shell,” of the deceased. The former possibility explains those extremely rare cases of direct writing in recognized autographs, and of messages from the higher class of disembodied intelligences.” 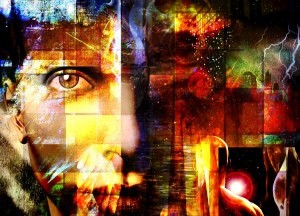 An “impure medium,” Blavatsky warns, “can only confabulate with the astral soul, or ‘shell,’ of the deceased. We should say then

the personal morality of the medium would be a fair test of the genuineness of the manifestation.

An example of one who seems to fit the definition of a pure medium, was Edgar Cayce.

Cayce never remembered anything after his readings, which confirms what Blavatsky said about mediums in trance, “they translate

automatically and unconsciously their experiences. 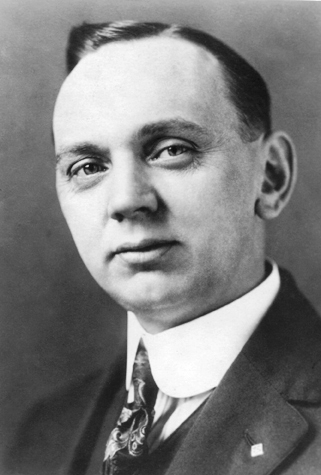 The following is an fascinating audio archive of Cayce giving a reading. He gave over 14, 000 readings during his life, while in a self-induced trance.

Spiritual truths, laughed at by modern reductionist science, were reverenced in ancient cultures. The hidden mysteries of man and nature, are an integral part of the wisdom tradition. 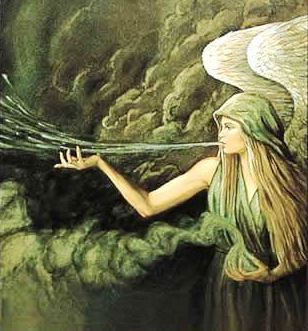 “The highest order of clairvoyance — that of spiritual vision — is very rare,” explains William Q. Judge, trusted colleague of H. P. Blavatsky, who assisted her with The Secret Doctrine.

“The usual clairvoyant deals only with the ordinary aspects and strata of the Astral matter,” Judge reaffirms, and “spiritual sight comes only to those who are pure, devoted, and firm.”

“It may be attained by special development of the particular organ in the body through which alone such sight is possible,” he affirms, “and only after discipline, long training, and the highest altruism.”

The “fragmentary and inadequate character [of the psychic powers] results from the fact,” W. Q. Judges notes, “that hardly any clairvoyant has the power to see into more than one of the lower grades of Astral substance at any one time,” and further, that “the pure-minded and the brave

“The existence of these two powers,” [clairvoyance and spiritual vision] Judge concludes, “proves the presence in us of the inner senses, and of the necessary medium—the Astral Light.”

Agreeably with the White Queen, we would suggest that the fact of consciousness itself merits special attention.

The fact of the necessity and the ever-present existence of Consciousness, remains the single, most persistent underlying unsolved mystery of all time.

The Hard Problem of Consciousness

Consciousness must be present to power all other effects, as the electronic starter in an automobile engine. Otherwise,  there is only the engine with its physical spark plugs, but no electric spark to power it.

The master-force of consciousness, whatever its true nature might be, is self-evident, and undeniable.

“The phenomena of human consciousness must be regarded as activities of some other form of Real Being than the moving molecules of the brain.” (Referred to in science today as the neuronal network.) 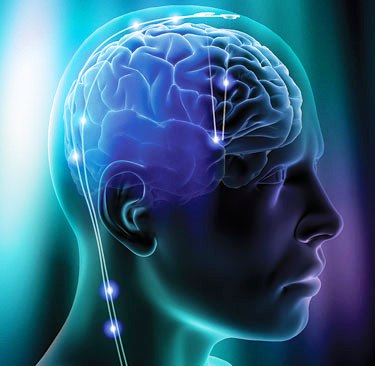 The whole conclave of psycho-physiologists may be challenged to correctly define Consciousness.

Blavatsky insisted that “what consciousness is, can never be defined psychologically. We can analyse and classify its work and effects,” she maintained, but “we cannot define it—unless we postulate an Ego [soul, mind] distinct from the body.”

Babies and a computer.

The perennial wisdom traditions are alive today in Theosophy. But this knowledge did not originate in books—it began as the visions of countless generations of initiated seers. These were all ancient adepts, lost to history, who were able to look directly into the “soul of things.”

The complete Secret Doctrine was described as, “the accumulated Wisdom of the Ages,” H. P. Blavatsky says, and “could not be contained in a hundred such volumes” (Vol. 1, Page xxii.)

The flashing gaze of those seers has penetrated into the very kernel of matter, and recorded the soul of things there.

“An ordinary profane, however learned, would have perceived but the external work of form,” she writes, adding: “But modern science believes not in the ‘soul of things,’ and hence will reject the whole system of ancient cosmogony.”

“The system in question is no fancy of one or several isolated individuals,” Blavatsky writes in the Summing Up section of The Secret Doctrine, “it is the uninterrupted record covering thousands of generations of seers, whose respective experiences were made to test and verify the traditions passed orally by one early race to another

of the teachings of higher and exalted beings, who watched over the childhood of Humanity.

“The teachings of the Secret Doctrine antedate the Vedas,” Blavatsky declared, “and much of it was transmitted orally by great master-minds of antiquity.” All these great teachers were of one mind, one teaching, one tradition…

however different may have been the culture, language and customs of the humanity each incarnated to serve.

The truths were periodically presented to humanity by the Wise Men in many lands: Apollonius, Hermes, Orpheus, Plato, Pythagoras, Krishna, Buddha, Lao Tze, Jesus, and many others, of varying status and degrees of development. 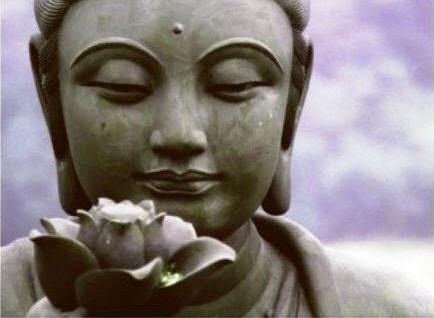 “No one styling himself a ‘scholar,’ in whatever department of exact science, will be permitted to regard these teachings seriously,” Blavatsky prophesizes, “they will be derided and rejected a priori in this century—but only in this one, for the twentieth century, scholars will begin to recognize that

the Secret Doctrine has neither been invented nor exaggerated, but, on the contrary, simply outlined.

— and finally, that its teachings antedate the Vedas.”

“The whole Kosmos is guided, controlled, and animated by almost endless series of Hierarchies of sentient Beings, each having a mission to perform, and who — whether we give to them one name or another, and call them Dhyan-Chohans or Angels — are “messengers” in the sense only that they are the agents of Karmic and Cosmic Laws.”

“The Universe is worked and guided from within outwards. As above so it is below, as in heaven so on earth; and man — the microcosm and miniature copy of the macrocosm — is the living witness to this Universal Law, and to the mode of its action.”

One response to “Occult America: Through The Looking Glass”