There is No Such Thing as Empty Space

SPIRITUAL substance exists everywhere, say the Occult Sciences, “and forms the first Upadhi [foundation] on which our World [solar system] is built.”

“Matter is Eternal. It is the Upadhi (the physical basis) for the One infinite Universal Mind to build thereon its ideations.

Therefore, the Esotericists maintain that there is no inorganic or dead matter in nature, the distinction between the two made by Science being as unfounded as it is arbitrary and devoid of reason.”

“Outside [our sysem] [spiritual substance] is to be found in its pristine purity only between [the solar systems or] the Stars of the Universe. The worlds already formed or forming; those in Laya resting meanwhile in its bosom. As its substance is of a different kind from that known on earth, the inhabitants of the Earth, seeing through it, believe in their illusion and ignorance that it is empty space.”

There is not one finger’s breath  (angula) of void Space in the whole Boundless (Universe).

“Matter or Substance is septenary within our World, as it is so beyond it. Moreover, each of its states or principles is graduated into seven degrees of density. In the universe of manifestation [it is] the ever-present electrical energy and ceaseless destructive and formative power. Esoterically, it is Fohat the universal propelling Vital Force, at once the propeller and the resultant.” 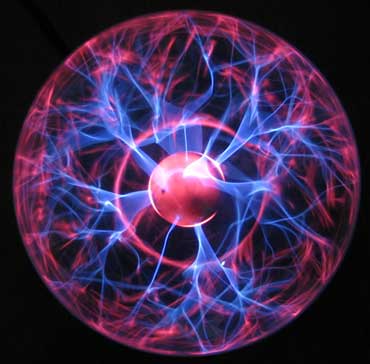 Space is not Empty

(What The Secret Doctrine says, by H. P. Blavatsky):

“The Initial Existence in the first twilight of the Maha-Manwantara (after the Maha-Pralaya that follows every age of Brahma) is a conscious spiritual quality. In the manifested worlds (solar systems) it is, in its objective subjectivity, like the film from a Divine Breath to the gaze of the entranced seer. It spreads as it issues from Laya throughout infinity as a colourless spiritual fluid. It is on the seventh plane, and in its seventh state in our planetary world.

It is Substance to our spiritual sight. It cannot be called so by men in their waking state; therefore they have named it in their ignorance ‘God-Spirit.’

NEW VIEWS OF THE
INTERSTELLAR MEDIUM

Dr. Michael Clarage talks about his work with SAFIRE from a more philosophical perspective – what an empiricist might ponder outside the lab. He offers some intriguing if not startling observations about the astronomical and the biological, the dead and the living universe.

“Matter (or nature) acting by her own peculiar energy,” writes a Master,

must have always existed — its materials ever changing form, combinations and properties, but its principles or elements being absolutely indestructible.

The connection between phlogiston and plasma can also be seen in another letter from Master K.H.:

“What are those long white filaments twisted like so many ropes, of which the penumbra of the Sun is made up? What the central part that is seen like a huge flame ending in fiery spires, and the transparent clouds, or rather vapours formed of delicate threads of silvery light, that hangs over those flames — what — but magneto-electric aura — the phlogiston* of the Sun?”

*(from the Ancient Greek φλογιστόν phlogistón “burning up”) See “Phlogiston” in the Theosophical Wiki here.

Its motion is due to the force
which is inherent in itself.

“The Theosophist who knows anything about life insists that Universal Brotherhood is not a mere theory. It is a fact, a living ever present fact, from which no nation can hope to escape; no man can escape from it, and every man who violates it violates a law, violates the greatest law of nature, which will react upon him and make him suffer.”

“As above so below.”

Deeper study on the subject:

The Early Teachings Of The Masters

“A vast spider’s web of matter is thought to stretch across the whole universe and astronomers have just got the best view of it yet. Hideki Umehata at the RIKEN institute in Japan and his colleagues used the Very Large Telescope (VLT) in Chile to observe a young cluster of galaxies 12 billion light-years from Earth, called SSA22. Peering into the cluster, they spotted wispy filaments of hydrogen gas spanning the space between the galaxies. These seem to be filaments of the long-theorized cosmic web.” Click below for more information:

Portal to the Universe 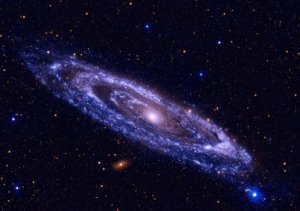