The Mysterious Third Eye, Its Rise and Fall 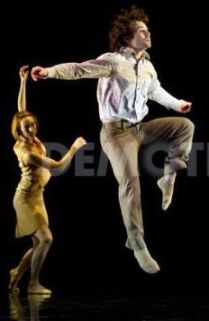 “There are two kinds of Siddhis,” the Voice of the Silence insists — “one group embraces the lower, coarse, psychic and mental energies, the other exacts the highest training of Spiritual powers. Says Krishna in Śrîmad Bhâgavatam: —

He who is engaged in the performance of yoga, who has subdued his senses and who has concentrated his mind in me (Krishna), such yogis all the Siddhis stand ready to serve.

“The great psychic and spiritual change now taking place in the realm of the human Soul,” wrote H. P. Blavatsky in The Tidal Wave, “is quite remarkable.” Yet this sea change “asserts itself,” Blavatsky wrote,

amid a loud din of busy, boisterous tongues,
a clash of public opinion.

This signal event began towards the beginning of the last quarter of the 19th century, she wrote, “and will end — so says a mystic prophecy— either for the weal or the woe of civilized humanity.”

“But the great change is not effected in solemn silence, nor is it perceived only by the few,” she wrote. By comparison, the roar even of the noisiest political agitation seems like the rustling of the young forest foliage, on a warm spring day.”

“Verily the Spirit, so long hidden out of public sight, so carefully concealed and so far exiled from the arena of modern learning, has at last awakened.

“It now asserts itself and is loudly re-demanding its unrecognized yet ever legitimate rights. It refuses to be any longer trampled under the brutal foot of Materialism — speculated upon by the Churches — and made a fathomless source of income by those who have self-constituted themselves its universal custodians.”

So frequently turned by ignorance into a blind wanderer, deafened by the din and roar of civilization and culture, the Spirit in man has returned today like King Lear, from seeming insanity to its senses. “And the party which will win the day at this supreme hour will become the master of the situation and of the future.”

“The age of crass materialism, of Soul insanity and blindness, is swiftly passing away,” Blavatsky wrote in her article The Tidal Wave:

A death struggle between Mysticism and Materialism is no longer at hand, but is already raging.

“The Spirit in man—the direct ray of the Universal Spirit— has at last awakened. It will become the autocrat and sole disposer of the millions of men already born and to be born. If the signs of the times can be trusted it is not the materialists and atheists who will remain conquerors.”

“So frequently turned by ignorance into a blind wanderer, deafened by the din and roar of civilization and culture, the Spirit in man has returned today like King Lear, from seeming insanity to its senses. And the party which will win the day at this supreme hour will become the master of the situation and of the future.”

“Modern science has taught us much about the world,” but, the publisher of The End of Materialism: How Evidence of the Paranormal Is Bringing Science and Spirit Together by Charles Tart, asks “will science ever make spirituality obsolete?”

“Today, the need for spiritual explanations remains strong — some 20 percent of the population describes themselves as ‘spiritual, but not religious,’ that is, unaffiliated with a specific church or synagogue but engaged in spiritual seeking.”

According to a Pew Research Center survey conducted between April 25 and June 4 of this year (2017), about a quarter of U.S. adults (27%) now say they think of themselves as spiritual but not religious, up 8 percentage points in five years.”

Some people may see the term “spiritual but not religious” as indecisive and devoid of substance. Others embrace it as an accurate way to describe themselves. What is beyond dispute, however, is that the label applies to a growing share of Americans.

“According to H. P. Blavatsky, black magic, or the misuse of spiritual powers, led to loss of spiritual vision by the end of the fourth (Atlantean) race, as well as the gradual disappearance of the third eye, until its functions, “owing to the materiality and depraved condition of mankind:

‘died out altogether before the submersion of the bulk of the Atlantean continent.’

Paul Johnson,
“The Mysteries of Carnac and Atlantis”

“The possession of a physical third eye, we are told,” Blavatsky wrote, “was enjoyed by the men of the Third Root-Race down to nearly the middle period of Third Sub-race of the Fourth Root-Race. [But], the consolidation and perfection of the human frame, made it disappear from the outward anatomy of man.”

Even the Earth reincarnates. The final chapter of life on Earth, H. P. Blavatsky claimed in The Secret Doctrine 1:269, is still in draft form. Stay tuned.

The History of Creation and of this world from its beginning up to the present time is composed of seven chapters. The seventh chapter is not yet written.

Further reading in
The Secret Doctrine:

The Races with the Third Eye

Now that which the students of Occultism ought to know is that the “third eye” is indissolubly connected with Karma. The tenet is so mysterious that very few have heard of it.  – H. P. Blavatsky

“Karma is not subject to time, and therefore he who knows what is the ultimate division of time in this Universe knows Karma.” – W. Q. Judge

by W. Q. Judge, The Ocean of Theosophy

On this subject the Adepts have written the following to be found in The Secret Doctrine (1:643):

“Nor would the ways of karma be inscrutable were men to work in union and harmony instead of disunion and strife. For our ignorance of those ways — which one portion of mankind calls the ways of Providence dark and intricate, while another sees in them the action of blind fatalism, and a third simple chance with neither gods nor devils to guide them — would surely disappear if we would but attribute all these to their correct cause.”

“But verily there is not an accident in our lives, not a misshapen day, or a misfortune, that could not be traced back to our own doings in this or in another life.”

2 responses to “The Mysterious Third Eye, Its Rise and Fall”