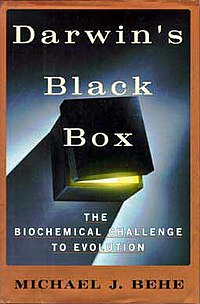 “Even though we are led to believe that during the Cretaceous the Earth used to be an exclusive home for fearsome giants, including carnivorous velociraptors and arthropods larger than a modern adult human, it turns out that there was still room for harmless minute invertebrates measuring only several millimeters.” (ScienceDaily)

The Wonder of Life

The development of the human form required a much more complex explanation in The Secret Doctrine, showing very specific unique stages of evolution required in the preparation of structures like the brain for the use of the future incarnation of human intelligence. In The Secret Doctrine 2:732, Blavatsky again asserts an implied intelligent design:

… in the case of man, with the wonderful structure of his limbs, and his hand especially.

And she continues with a description of the creative hierarchies: “…the ethereal forms of the first Men are first projected on seven zones by seven centres of Force [hierarchies of beings], so there are centres of creative power for every ROOT or parent species of the host of forms of vegetable and animal life.”

“It is time the Occultists should disregard any attempts to laugh at them, scorning the heavy guns of the satire of the men of science as much as the pop-guns of the profane, since it is impossible, so far, to obtain either proof or disproof, while their theories can stand the test better than the hypotheses of the Scientists at any rate.”

“As to the proof for the antiquity which they claim for man, they have, moreover, Darwin himself and Lyell. The latter confesses that they (the naturalists) ‘have already obtained evidence of the existence of man at so remote a period that there has been time for many conspicuous mammalia, once his contemporaries, to die out, and this even before the era of the earliest historical records.’ This is a statement made by one of England’s great authorities upon the question. The two sentences that follow are as suggestive, and may well be remembered by the students of Occultism, for with all others he says:

‘In spite of the long lapse of prehistoric ages during which he (Man) must have flourished on Earth, there is no proof of any perceptible change in his bodily structure. If, therefore, he ever diverged from some unreasoning brute ancestor, we must suppose him to have existed at a far more distant epoch, possibly on some continents or islands now submerged beneath the Ocean.’
[Sir Charles Lyell]

“Thus lost continents are officially suspected. That worlds (also Races) are periodically destroyed by fire (volcanoes and earthquakes) and water, in turn, and renewed, is a doctrine as old as man. Manu, Hermes, the Chaldees, all antiquity believed in this.

“Twice already has the face of the globe been changed by fire, and twice by water, since man appeared on it. As land needs rest and renovation, new forces, and a change for its soil, so does water. Thence arises a periodical redistribution of land and water, change of climates, etc., all brought on by geological revolution, and ending in a final change in the axis.”

“This is, again, no ‘special creation,’ nor is there any ‘Design,’ except in the general ‘ground-plan’ worked out by the universal law. But there are certainly ‘designers,’ though these are neither omnipotent nor omniscient in the absolute sense of the term. They are simply Builders, or Masons, working under the impulse given them by the ever-to-be-unknown (on our plane) Master Mason — the ONE LIFE and Law.”

Nature’s designs quite clearly require intelligence. The argument of irreducible complexity is central to intelligent design and is an argument still rejected by the scientific community at large, which overwhelmingly regards any planning intelligence in Nature as pseudoscience.

Yet of the numerous and compelling examples of irreducible complexity and intelligent design, one of the most dramatic is the yucca plant. In this example, each species of yucca has it own species of pronuba moth.

Amazingly, the yucca flowers in a given locality do not bloom every year, and in those areas, the moths remain dormant in the pupa stage.

The yucca flower is so constructed that it can only be pollinated by this one particular moth – and this moth cannot lay eggs that will survive unless it first pollinates the yucca flower.

But at the moment when the yucca buds open, at that same exact moment, the pronuba moths break out of their cocoons beneath the sand, struggle up into the air, and immediately go through a specific order of events which has to be exact for the yucca plant to survive.

“Everything in the Universe, throughout all its kingdoms, is conscious: i.e., endowed with a consciousness of its own kind and on its own plane of perception.” – (The Secret Doctrine 1:274)

Again, at some distance away, on August 14, 2015 at 8.15 am, the Pronuba Moth species FX breaks out of its cocoon below ground, pushes up to the surface, flaps its wings, then heads straight to the new yucca flowers – so that both species can survive.

“The small, silvery-white moths emerged from cocoons in the soil near the yuccas. Now they are ready to collect pollen, mate, lay eggs, and pollinate their chosen plants.”

“Between sunset and midnight when yucca blooms open fully they fulfill their destiny in the bridal chambers of individual blooms. The relationship between yucca and moth is mutually exclusive. One cannot survive without the other.” (Poetry of Spirit and Light)

There is the intricate, complementary, parallel design of each, and the split-second timing between these two identical shapes in widely different types.

How could both species evolve separately to perform this inter-dependent “rope trick” at the same moment? Modern evolution has no explanation. Does this not suggest intelligent outside planning? An Intelligence outside both of them?

This two-fold independent, yet inter-dependent, phenomenon tests the standard evolution theory to the breaking point. And there are countless other similar examples, in nature, of creatures which could not exist without each other. What of human beings?

The esoteric teaching is absolutely opposed to the Darwinian evolution, as applied to man, and partially so with regard to other species.

“The whole order of nature evinces a progressive march towards a higher life. There is design in the action of the seemingly blindest forces. The whole process of evolution with its endless adaptations is a proof of this.”

“The fact is, that only the partial truth of many of the secondary ‘laws’ of Darwinism is beyond question. …  the esoteric teaching is absolutely opposed to the Darwinian evolution, as applied to man, and partially so with regard to other species. It would be interesting to obtain a glimpse of the mental representation of Evolution in the Scientific brain of a materialist.”