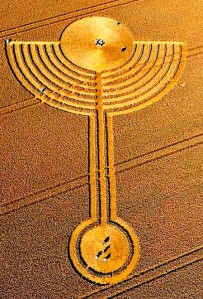 DURING critical awakening moments in our spiritual development, we sometimes receive timely messages in our personal consciousness.

More often than not they arrive in symbolic form, and in dreams or visions, challenging our brain dominated mind.

This is because, Theosophy says, our inner, reincarnating self is not here alone. It was chosen by the Higher Self to be its “terrestrial abode.”

In the crop formation above, discovered in Northdowns, Wiltshire, UK on August 13, 2010, we can clearly imagine the rays from the Spiritual Sun interacting with the mortal human beings below.

This occult process is described by The Secret Doctrine in metaphysical terms, how our inner child

“is drawn into the one and highest beam of the Parent-Sun.” 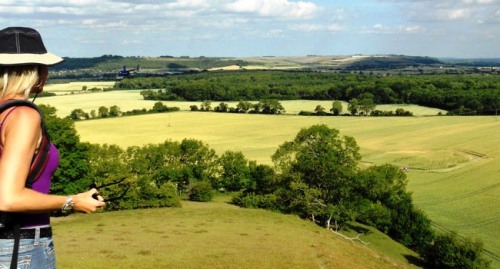 It is this spiritual evolution of the inner, immortal — now semi-awakened aspect of our nature, the teaching says — which is the “fundamental tenet in the Occult Sciences.”

The closer our personal self gets to our Higher Self, true occultism says, the more harmonious outcome in life for a human selves. 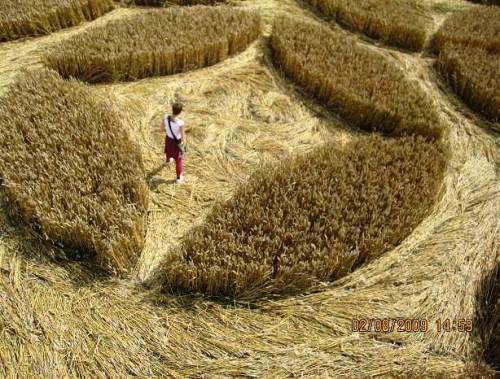 A direct effect of an increased harmony between the Arjuna and Krishna in us, that altruism eventually becomes the ruling factor in our life. This altruism or unselfishness is an “integral part of self-development,” as described in a previous post, when acceptance is willing and unforced. END_OF_DOCUMENT_TOKEN_TO_BE_REPLACED