THE principles of occult science and psychology were so unfamiliar, that Mme. Blavatsky often added the term “meta” to distinguish them from the mainstream.”Meta-chemistry,” for example, was frequently used.

“Theosophy, or rather the occult sciences it studies,” she explained in her article Le Phare De L’Inconnu, “is something more than simple metaphysics.”

“It is, if I may be allowed to use the double terms, meta-metaphysics, meta-geometry, etc., etc., or a universal transcendentalism. Theosophy rejects the testimony of the physical senses entirely, if the latter be not based upon that afforded by the psychic and spiritual perceptions.”

This post might have been titled “Meta-psychology,” but the editors confess to prefer instead to mass media popular topics. This video blog is being published simultaneously to our subscribers, plus adding a permanent link titled “Science and Spirituality” to the site header.

That link will be updated periodically with important findings, so feel free to check by clicking the header link “Science & Spirituality.” As new materials are added, links to the posts will also be emailed immediately to Theosophy Watch subscribers.

Publicizing new discoveries in psychology and consciousness are ideas that drive the editorship of Theosophy Watch. Such are relevant to its declared focus “ancient thought in modern dress” — a phrase coined by H. P. Blavatsky in The Secret Doctrine.

END_OF_DOCUMENT_TOKEN_TO_BE_REPLACED 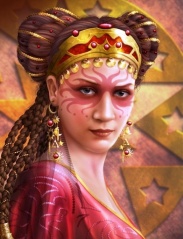 NEARLY all of us humans, occult teachers say, are inexorably reincarnated into new lives of earth, yet invisibly clothed in myriads of memories from the past.

These include snippets of our innate ideas, haunting images of unrealized aspirations and desires, and our unresolved fears.

These torn pages of personal history are the underlying drivers that steer our reincarnations. This is Karma, reincarnation’s unerring “twin doctrine.”

This post has been edited and updated, and republished at: