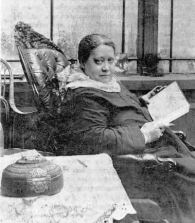 WHEN asked if Theosophy was just a new-fangled religion, Helena Blavatsky replied, “It is not. Theosophy is Divine Knowledge or Science.”

She also referred to it as “Divine Wisdom,” explaining that Theosophy forms the

“…substratum and basis of all the world-religions and philosophies, taught and practised since man became a thinking being. In its practical bearing, Theosophy is purely divine ethics.”

“Theosophy” is the name given to the initial society and movement founded by Madame Blavatsky, Henry Steel Olcott, William Quan Judge, and others in New York City in 1875.

Since that time, the movement has spread worldwide and branched off into different groups and organizations.  The uniting force is Blavatsky herself and her works, most notably The Secret Doctrine, and of course her Teachers the Mahatmas, or Masters.

Theosophy ignited, and continues to ignite, new ways of thinking so that humanity and all life around us and with us could fulfill its God-given potential for unity, harmony, and peace.

“There is No Religion Higher than Truth.” – HPB 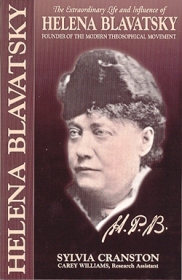 By the same Author, Sylvia Cranston:

Reincarnation: The Phoenix Fire Mystery : An East-West Dialogue on Death and Rebirth from the Worlds of Religion, Science, Psychology, Philosophy (Paperback) 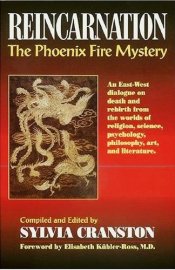 “What I said last year remains true today, that is, that the Ethics of Theosophy are more important than any divulgement of psychic laws and facts. The latter relate wholly to the material and evanescent part of the septenary man, but the Ethics sink into and take hold of the real man — the reincarnating Ego.

“We are outwardly creatures of but a day; within we are eternal. Learn, then, well the doctrines of Karma and Reincarnation, and teach, practice, promulgate that system of life and thought which alone can save the coming races.” -H. P. Blavatsky 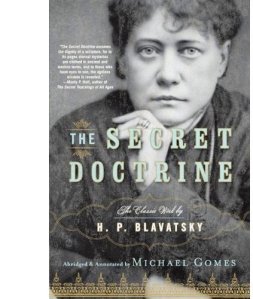 Madame Blavatsky’s Victorian-era masterpiece is now scaled down to its essentials, providing the most readable, accessible experience ever of one of history’s seminal occult works.

The Secret Doctrine, Helena Petrovna Blavatsky’s masterwork on the origin and evolution of the universe and humanity itself, is arguably the most famous, and perhaps the most influential, occult book ever written. Published since 1888 only in expensive, two-volume editions of some 1,400 pages, it has long eluded the grasp of modern readers- until now.

This single-volume edition, abridged and annotated by historian and Theosophical scholar Michael Gomes, places the ideas of The Secret Doctrine within reach of all who are curious. In particular, Gomes provides a critical sounding of the book’s famous stanzas on the genesis of life and the cosmos- mysterious passages that Blavatsky said originated from a primeval source and which form the heart of The Secret Doctrine. Gomes scrupulously scales down the book’s key writings on symbolism to their essentials, and offers notes and a glossary to illuminate arcane references. His historical and literary introduction casts new light on some of the book’s sources and on the career of its brilliant and elusive author, one of the most intriguing personages of the nineteenth century.

At once compact and representative of the work as a whole, this new edition of The Secret Doctrine brings unprecedented accessibility to the key esoteric classic of the modern era.

Helena Petrovna Blavatsky (1831-1891) was the co-founder of the Theosophical Society. A world-famous figure of mystery and controversy and a leading intellect behind the occult revival in the West, Blavatsky published The Secret Doctrine in 1888 as her magnum opus.

Michael Gomes is a historian, author, and the librarian at the New York Lodge of the Theosophical Society. He is one of today’s most respected writers on esoteric movements, as well known to readers of occult and esoteric literature as to students and scholars of modern religion. 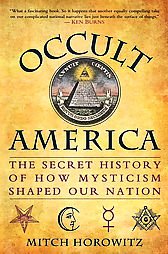 There has long been a need for an overview on the influence of esoteric movements in America. Catherine L. Albanese’s 2007 A Republic of Mind and Spirit: A Cultural History of American Metaphysical Religion while exemplary in many ways is simply too detailed at 628 pages for anyone other than the specialist. In her approach occult, esoteric, and gnostic beliefs are subsumed under the larger rubric of metaphysical, and while acknowledging them with a passing reference they play no dominant part in the narrative.

Mitch Horowitz attempts to rectify this with the colorful history of some of the leading exponents in occult America. Starting with the Shakers it quickly moves through the American reception of mesmerism, the development of spiritualism, the growth of Theosophy and New Thought, along the way dealing with charismatic figures like Andrew Jackson Davis (whom Olcott and Blavatsky knew), Edgar Cayce, and Manly Palmer Hall.

His treatment of Theosophy is depicted through Olcott’s contribution, usually neglected, during its formative period, and since the focus is on America, leaves off after the departure for India. The portrayal of Blavatsky is neutral, though more sympathetic than works of this kind. The index contains 16 references to her. What Horowitz manages to do, and successfully so, is to show the contribution to the inner life of America by these often disparate figures who were united in their vision of a world made better by better people.

The Occult Roots of The Wizard of Oz 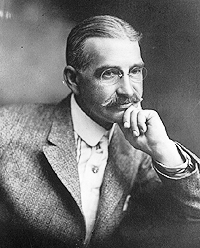 “Amongst various sects so numerous in America today who find their fundamental basis in occultism, the Theosophist stands pre-eminent both in intelligence and point of numbers. Theosophy is not a religion. Its followers are simply ‘searchers after Truth’.

“The Theosophists, in fact, are the dissatisfied with the world, dissenters from all creeds. They owe their origin to the wise men of India, and are numerous, not only in the far famed mystic East, but in England, France, Germany and Russia.

“They admit the existence of a God – not necessarily of a personal God. To them God is Nature and Nature is God…But despite this, if Christianity is Truth, as our education has taught us to believe, there can be no menace to it in Theosophy.”