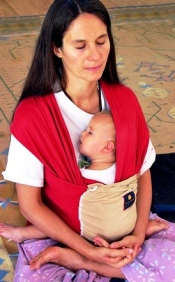 COMING to its senses from seeming insanity, a new humanity is “raising its voice.”

This view represented H. P. Blavatsky’s welcoming the New Age, publicized by her over a hundred years ago.

Humanity today speaks, as she hoped, “in those authoritative tones to which the men of old listened in reverential silence through incalculable ages.”

Emerging into this ‘new age’ the spirit in man “has returned like King Lear,” Blavatsky wrote in her article ‘The Tidal Wave.’

She was not the first to acknowledge and dramatize the arrival of a newly awakened humanity.

Humanity had in the long past listened to a higher voice, she says, but they were so “deafened by the din and roar of civilization and culture, they could hear it no longer.”

But “look around you and behold,” exulting as if writing today, and “think of what you see and hear, and draw therefrom your conclusions.”

Please note, this post was updated and republished at: