Seeing Into the Future: Humans May do it Naturally

ELECTRIC and magnetic affinities are generated, occult teachers say, whenever there is physical touch, the sound of a voice, or even looking.

Every action we take carries information about us and the life around us, a kind of psychic body language. We also call them ‘vibes’ – and they can be ‘good’ or ‘bad.’

The invisible transfer of information between persons, animals, trees, bacteria and brain neurons, is still largely a mystery. Even birds and bees do it. The general term today is “psi,” coined from parapsychology, and usually refers to telepathy or other forms of extrasensory perception currently unexplained.

Mme. Blavatsky with her Adept Teachers authorized Three  Objects for the Theosophical Society, which included study of  this mysterious phenomena.

The First Object of the Society was “to form the nucleus of a Universal Brotherhood of Humanity,” and the Second “the study of Aryan and other Scriptures, of the World’s religion and sciences etc.,” and these are preserved by almost all Theosophical groups.

The original Third Object was also stated clearly by H. P. Blavatsky in The Key to Theosophy, Section 3, published in 1889, and reads:

“To investigate the hidden mysteries of Nature under every aspect possible, and the psychic and spiritual powers latent in man especially.”

Despite the Founder’s unambiguous wording, some revisionists have chosen to unilaterally remove both the words “‘psychic” and “spiritual” from the Third Object. As a result of this tinkering today only a timid, unauthorized and watered-down version of the original Third Object is all the public sees.  How could this happen with a subject that pervades every major textbook the Teachers wrote, and hundreds of original articles?

“A mistaken supposition not only prevents intelligent and sincere investigators from seeing what would otherwise be obvious, it has bred indifference to possibilities that could have inspired the sciences for decades.” – Wallace Thornhill, physicist/author.

The world will probably never be rid of snake oil, psychic charlatans, or money grubbing quack gurus. But due in large measure to the rise of true Eastern metaphysics and occult theosophy, psychic and spiritual subjects are not only regaining popularity, but scrubbing their reputations.

Many notable artists, writers, philosophers, healers, and frontier scientific researchers seem up to the challenge, and giving the subjects the rigorous attention they deserve, furthering one of the most important objectives of Theosophy. 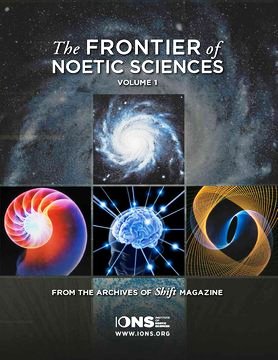 “The universe is permeated with meaning and saturated with consciousness,” Dean Radin the senior scientist of the Institute of Noetic Science comments in the short video essay below, and feels a lot like the Third Object in modern dress. A fearless and articulate researcher, Dr. Radin asserts:

“We need to verify in Western terms what the mystics have been talking about for thousands of years.”

The era of Western Occultism began with the life and work of H. P. Blavatsky, her colleague W. Q. Judge wrote. But this doesn’t mean it is opposed to Eastern Occultism. Rather, he said:

“It is to be the Western side of the one great whole of which the true Eastern is the other half.” 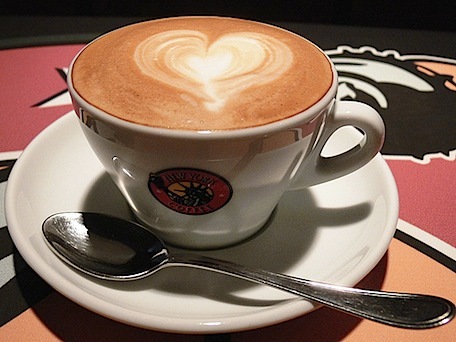 The Soul of Things

For many students of the occult, the facts of psi phenomena are confirmed by the rigorous experimental work of Dean Radin, senior scientist at the Institute of Noetic Sciences (IONS), followed by psychologist Cornell University’s Daryl J. Bem, and University of Edinburgh psychologist Kathy Dalton.

Both Professors Dalton and Bem have replicated studies such as the Ganzfeld experiment (Wikipedia: “a technique used in the field of parapsychology to test individuals for extrasensory perception (ESP).”)

Radin first published his findings were in his 1997 book The Conscious Universe: The Scientific Truth of Psychic Phenomena, well ahead of Professor Bem. But Bem would seem to have better mainstream connections than Radin, getting his findings widely in the mainstream — also proving that insider politics can occasionally win over hardened scientific prejudices.

Professor Rupert Sheldrake’s fun “Telephone Telepathy” experiment demonstrates the differences between people acting as senders or receivers, illustrating W. Q. Judge’s description: “So the mind’s finger or wire flies until it gets the thought or seed-thought from the other and makes it its own.”

“Feeling the Future: Experimental Evidence for Anomalous Retroactive Influences on Cognition and Affect.”

The new study, a  rigorous parapsychological scientific investigation of psychic and clairvoyant powers, strongly suggests the fact, for many of us humans, that such powers are actually a commonplace function of our consciousness.

Research by Bem, a respected psychologist, reveals that seeing into the future may be something many humans do naturally and without prompting.

The results were also published in the major social science journal, New Scientist – (Article: “Is this evidence that we can see the future?”) – and created a tsunami in the mainstream scientific world — a closeted realm that has always rejected the assertions of ‘psi,’ telepathy, ESP and clairvoyance as ‘junk science.’