LAO TSU is classed by H. P. Blavatsky  as a God-like being similar to Krishna, Buddha, and Jesus, who “united themselves with their Spirits permanently” and “became Gods on earth.”

Such Personages are rare and superior to Moses, Pythagoras and Confucius, who “have taken rank in history as demi-gods and leaders of mankind” (Isis 2:159).

Lao Tzu was the resuscitator of Taoism, the practical philosophy and religion of The Way.

Taoism is the ancient Wisdom-Religion of Theosophy. The Great Ones of old, described as Original Teachers, and They, as all Theosophists know, exist today and always will.

Lao Tzu was the most famous philosopher, mystic and alchemist in China. He is the author of the Tao Te Ching, or the Way.  He is regarded as one of the foundation stones of Taoism.

Originally, the word Tao meant a specific line of action, probably a military one, because the ideograms that compose this word mean “feet” and “leader.”

Lao Tzu interpreted the Tao as a way, the essence of the Universe. In a written poem Lao Tzu described “the Way” as the emptiness that cannot be filled, but from which everything manifests.

“I have three treasures. Guard and keep them,” Lao Tzu said. “The first is deep love, the second is frugality, and the third is not to dare to be ahead of the world. Because of deep love, one is courageous. Because of frugality, one is generous.”

In his most famous image, Lao Tzu is portrayed as riding a buffalo, because the domestication of this animal is associated with the Path of Enlightenment in Zen Buddhist traditions. 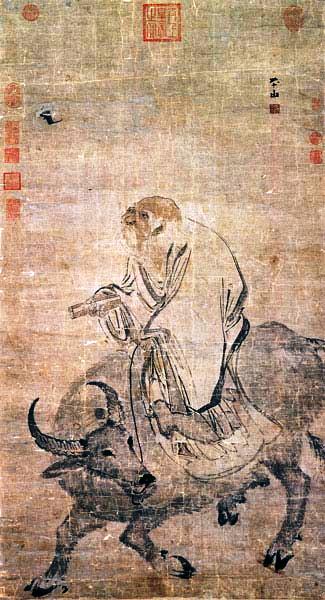 “Don’t think you can attain total awareness and whole enlightenment without proper discipline and practice,” Lao Tzu warned. “This is egomania.”

Appropriate rituals channel your emotions and life energy toward the light. Without the discipline to practice them, you will tumble constantly backward into darkness.”

It is believed that he lived to be 160 years old. In his old age he received the visit of Confucius, who witnessed Lao Tzu reprimanding a young disciple for being too ambitious and prideful. Ancient tales said that Confucius was so impressed by the way of discipline of Lao Tzu that he compared him to a flying Dragon that can reach heavens and winds.

“I have just three things to teach: simplicity, patience,
compassion. These three are your greatest treasures.”
~Lao Tzu

He is considered by some to be just a mythical figure in the unconventional universe of ancient legends. One of these tales declares that he was born already with an appearance of an aged man, from which he received the name Lao Tzu, which means literally, “old sage.” 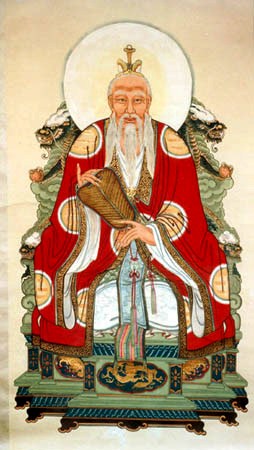 Others consider this legend to be just a metaphor to describe the antiquity of Taoism and its philosophical concepts which were antecedents of the Tao Te Ching itself.

“The key to growth is the introduction of
higher dimensions of consciousness
into our awareness.”
~Lao Tzu

Many consider Lao Tzu as a great philosopher and he is often venerated as a saint.  He was an expert on the art of living a simple but fully spiritual life. From his teachings we can gather some important precepts that can serve as guides throughout our own life journeys.

“Great acts are made up
of small deeds.”
~ Lao Tzu

A Baby Swan Feeds His
Fish Friends Every Day.

The Master explains the concept of humbleness through the analogy with water. Comparing the Human being to the water, he says that the good individual is like water, nurturing and maintaining life — but never trying to conquer the elevated positions.

“In the world there is nothing more submissive and weak than water. Yet for attacking that which is hard and strong
nothing can surpass it”
~Lao Tzu

In 1975, one hundred years after H. P. Blavatsky re-founded the Theosophical Movement, the physicist Frijof Capra wrote a book which made him famous among the general public, and unpopular with most of his colleagues. The book, as many know, was called “The Tao of Physics.”

The water is content to keep its dominions at the lower levels since it knows that the oceans control the flow of all the currents and rivers because they are in a lower position than they are.

He also explains that there is nothing more flexible than water, but nothing can surpass it when it comes to weakening the hard rock.  In other words, the weak can win over the strong and the soft can conquer the rigid, just by being malleable and humble.

“Be Content with what you have; rejoice in the way things are. When you realize there is nothing lacking,
the whole world belongs to you”
~Lao Tzu

If you want to receive, you need to first give, which is the law of the seeds and the wise harvest. This precept conceives a humble attitude before the people in your life and life in general, remembering that we are all in the same path of learning and all deserve respect.  In summary, there is no one that deserves hatred and everyone is in the pursuit of happiness.

“When you are content to be simply yourself
and don’t compare or compete, everybody will respect you”

The master Lao Tzu related two big treasures of the soul — compassion and the humble desire of just being the self by disregarding the impulses of the Ego, versus to be always the first in everything. 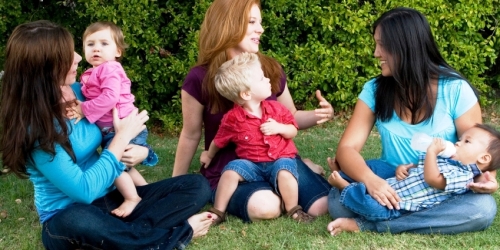 In learning compassion, one develops the genuine interest for the well-being of others, meaning that they will not forget them in their path of development and self-enlightenment.

Lao Tzu illustrates this concept of being Compassionate and Kind again through the malleable configuration of the water and its relationship as the  essential element of life.  He says that while a person is alive, their body is flexible and soft; but when they die, the body becomes hard and rigid. The same phenomenon happens to plants; while alive they are vibrant and bendable, but they become dry and breakable when they die.

“Nothing is softer or more flexible than water,
yet nothing can resist it”
~Lao Tzu

Consequently, to be inflexible and rigid is to be like one is actually dead. Maintaining yourself docile as the water, open and malleable, prepared to bend and render when it is necessary will lead the soul to the path of success.

“He who is contented is rich”
~ Lao Tzu 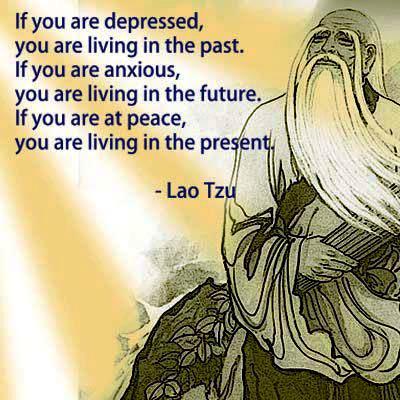 Lao Tzu affirms that people that take less will always have more. People with insatiable desires end up becoming obsessed with the object of their “affection” which tends to throw their energies, and their thought processes, out of control.

To Lao Tzu, greed without limits constituted the worse of the vices. If you work towards being content with what you have, you would find that you already have enough to be happy. One can easily reach Peace of Spirit when you limit the amount of desires to manifest in your life.

“The journey of a thousand miles
begins with one step.”
~ Lao Tzu

It is always better to deal with facts and situations while they are small, before they become bigger and more difficult.  If one is planning to reach a big goal, one should establish a series of small steps that would guide one safely to the destination.  This is essentially the principal of Kaizen:  progress through small increments.

Majority of text and graphics re-posted from:
The Spiritual Way of Lao Tzu
–On the Art of Living

One response to “Lao Tzu: The Flying Dragon”