Posted on August 5, 2012 by Theosophy Watch | Leave a comment 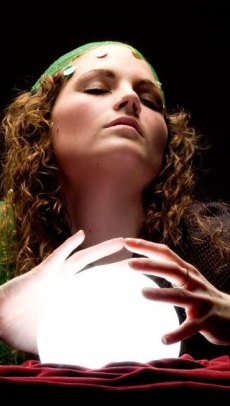 CONSCIOUSNESS is at once the most familiar and most mysterious aspect of our lives.

Knowing very little of its spiritual essence, we define consciousness by names we give to its various ‘states’ — waking, sleeping, intuitive, meditating, angry, depressed, happy or sad.

We experience perhaps hundreds of such random mental and emotional states every day, no wiser in understanding the hidden matrix, or field of consciousness in which they are embedded.

“Thought flies like lightning through the subtle matter of the mental plane,” writes a Master, “so the thought of the whole world on a certain subject may easily gather together in one spot, and yet be accessible and attractive to every thinker on that subject.”

Material Science approaches nature only “through her appearance,” H. P. Blavatsky writes in The Secret Doctrine (1:610), and “that appearance is always deceitful on the physical plane,” adding that Science:

“…refuses to blend physics with metaphysics, the body with its informing soul and spirit, which they prefer ignoring.”

Nevertheless, physics and metaphysics were once deeply entwined, resulting in the natural philosophy of the Greeks, but is given the cold shoulder now by a science that prefers computer simulations, and huge particle collider machines.

Searching for the God Particle

Occult Science, on the other hand, rejecting the Cartesian system, describes the body-mind consciousness as the lower end of a universal, spiritual substrate referred to as “BE-NESS” in The Secret Doctrine—symbolized by two pre-manifested aspects cited as “abstract space” (bare subjectivity), and “abstract motion” (representing unconditioned consciousness.)

“Consciousness has long been one of the great mysteries of life, the universe and everything,” writes Linda Geddes in the 29 November 2011 NewScientist.

“Even our increasingly sophisticated technology for peering inside the brain has, disappointingly,” Geddes writes, agreeably with Theosophy, “failed to reveal a structure that could be the seat of consciousness.

Yet the esoteric wisdom, ever a true and honest system, “checks the discoveries of modern exact science,” notes Blavatsky, and demonstrates

“…some of them to be necessarily correct, since they are found corroborated in the ancient records.” 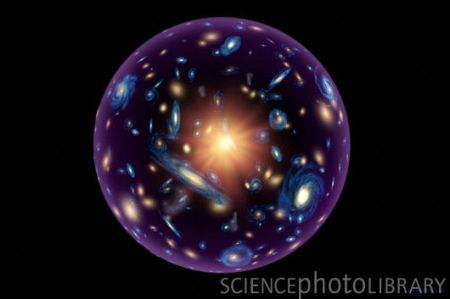 “To use a Metaphor from the Secret Books, which will convey the idea still more clearly,” Blavatsky establishes in The Secret Doctrine (1:4): “an out-breathing of the ‘unknown essence’ produces the world; and an inhalation causes it to disappear.”

“This process has been going on from all eternity, and our present universe is but one of an infinite series, which had no beginning and will have no end.”

“The Big Bang was big, but it wasn’t the beginning, Cambridge University mathematical physicist Neil Turok says. He theorizes that the universe is engaged in an eternal cycle of expansion and contraction: There have been many Big Bangs, and there will be many more.” (Cambridge University)

Some modern physicists like Cambridge University’s Neil Turok (above), in a radical new theory want to amend the standard big bang.

They are suggesting it is a cyclic event that consists of regularly repeating big bangs.

The ancients recognized universal periodicity all along, the Second Fundamental Proposition of The Secret Doctrine, a universal law which is described in part:

“…the absolute universality of that law of periodicity, of flux and reflux, ebb and flow, which physical science has observed and recorded in all departments of nature.

“An alternation such as that of Day and Night, Life and Death, Sleeping and Waking, is a fact so common, so perfectly universal and without exception, that it is easy to comprehend that in it we see one of the absolutely fundamental laws of the universe.”

All life is indeed suffused with so-called ‘god-stuff’ due to the ubiquity of that supra-physical One Absolute BE-NESS — the First Fundamental Proposition which is “inextricably interwoven and interblended at every point” throughout the universe, and every being in it.

The Theosophical concept of the ‘expanding universe,’ analogous to a image gradually emerging from light through a negative in a photographer’s darkroom, according to Secret Doctrine cosmology (1:63). The s0-called ‘expansion’ was, Blavatsky asserts:

“…not an increase in size—for infinite extension admits of no enlargement—it was a change of condition.”

And this periodical “Great Breath” of the universe, the great out-breathing and in-breathing, is the core of the occult teaching—

“…the first fundamental axiom of the Secret Doctrine.”

“Its one absolute attribute, which is itself, eternal, ceaseless Motion, is called in esoteric parlance the ‘Great Breath,’ — which is the perpetual motion of the universe, in the sense of limitless, ever-present space.”

Beginning with this universal perspective, as does Plato ‘deductively’  (from universals to particulars), we will begin see how this process continues down the line to individual consciousness, in its various states, experienced at every moment in daily life in man and nature.

Offering insights into the discoveries of mind-body-spirit interplay, Deepak Chopra describes the effect of a deep spiritual experience on our physical bodies.

According to the ancient wisdom traditions of India, Chopra says, when you get in touch with your spirit

“…you experience love, intuition and happiness, and improved health.”

In modern scientific terms, your body produces serotonin and dopamine, the happy hormone; oxytocin, the pleasure hormone; and pain reducing opiates. All assist in regulating the immune system, protecting our health.

We judge consciousness by ‘awareness’ — if there are no voluntary movements, or a response to stimulus, we think that person or animal must be un-conscious.

Yet Theosophy declares that “everything in the Universe, throughout all its kingdoms, is conscious, i.e., endowed with a consciousness of its own kind and on its own plane of perception” — even stones! 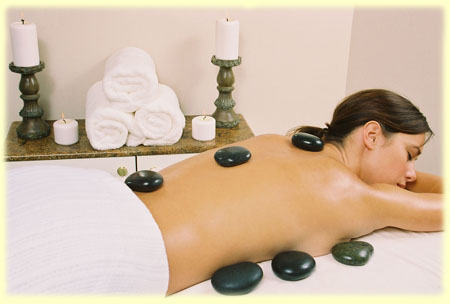 Through physical signs, life may be detected in the comatose, or persistently vegetative person. But medical science has no reliable tools to measure if such a person is conscious and awake inside.

We don’t know for sure if someone is conscious and aware, without showing any signs of being so.

“…we have no right to say that no consciousness exists there.”

Dr. Dean Radin, senior scientist at the Institute of Noetic Sciences, is interested in seeing whether consciousness can directly interact with quantum systems, and we are using a double-slit optical system to find out. At the end of this post you will be given a link to participate in this ground breaking experiment, should you choose.

Universal or abstract consciousness, Theosophy says, shows no individualized ‘awareness,’ and as a result is not easy to define. It is like the quality ‘wetness’ which is its own attribute, and the cause of the wet quality in other things.

In its most unified, abstract state, consciousness is a universal condition or ground state—a medium which includes the perceiver, the thing perceived, and the power to perceive.

What is it when separated from those other things? — We don’t really know what pure consciousness is apart from the objects through which it manifests!

These are all one Theosophy says, but in a state difficult for us in our undeveloped condition to separate, because everything is intertwined, interrelated and interconnected.

In the tradition of Advaita Vedanta, this synthetic state is called “non-duality.” In physics it might be called a “unified field.”

Lucid dreaming, being conscious of dreaming while dreaming, best exemplifies this multi-layered conscious now-presence. Perhaps the H. P. Blavatsky expressed it best with a word she coined to describe absolute consciousness — “BE-NESS,” mentioned earlier in this post.

Among all earthly creatures, who might most exemplify this enigmatic quality, if not our feline friends?

One of Rupert Sheldrake’s experiments on the unexplained powers of animals is dramatized by the case of David Waithe’s cat Godzilla!

Biologist and author of more than 80 scientific papers and ten books, Sheldrake is a former Research Fellow of the Royal Society. In this clip Sheldrake discusses Godzilla, a cat that knows when his owner is calling. 🙂

Sheldrake studied natural sciences at Cambridge University, where he was a Scholar of Clare College, took a double first class honors degree and was awarded the University Botany Prize.

He then studied philosophy at Harvard University, where he was a Frank Knox Fellow, before returning to Cambridge, where he took a PhD in biochemistry.

Biologist Rupert Sheldrake proposes that the mind extends beyond the conventionally recognized parameters.

That “detectable effects” of this extended mental field can be measured in several phenomena associated with vision.

“We call absolute consciousness ‘unconsciousness,’ because it seems to us that it must necessarily be so,” Blavatsky writes, and

“the idea that things can cease to exist and still be, is a fundamental one in Eastern psychology.”

“Just as we call the Absolute, ‘Darkness,’ because to our finite understanding it appears quite impenetrable, yet we recognize fully that our perception of such things does not do them justice.”

“We involuntarily distinguish in our minds,” Blavatsky brilliantly states, “between unconscious absolute consciousness, and un-consciousness, by secretly endowing the former with some indefinite quality that corresponds, on a higher plane than our thoughts can reach, with what we know as consciousness in ourselves.”

“But this is not any kind of consciousness that we can manage to distinguish from what appears to us as un-consciousness.”

In the famous “double-slit experiment,” the presence of an observer causes a wave of electrons to mysteriously transform into a particles, says quantum physics. Otherwise it remains a ‘wave.’

Similarly, “the universe evolves from the unknown,” W. Q. Judge writes in the Ocean of Theosophy, “into which no man or mind, however high, can inquire.” But when it manifests, it is always in the presence of matter and mind:

“The first differentiation — speaking metaphysically as to time — is Spirit, with which appear Matter and Mind.”

This long-term, multi-phase project is exploring the role of consciousness in shaping the nature of physical reality.

Phase I successfully replicated a previously reported experiment investigating the role of observation on the amount of interference produced by a double-slit optical system.

Learn more and participate in this double-slit experiment online, click on the link below for info and videos: 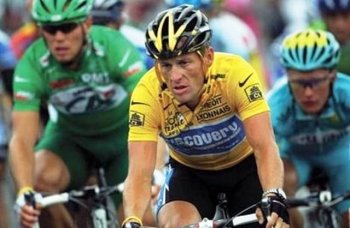 “And it was here that physicists stepped forever into strange, never world of quantum events.”

“What is matter? Marbles or waves? And waves of what? And what does an observer does have to do with any of this?”

“Test confirms particles appear to travel faster than the speed of light.”

(CNN) – Travel faster than the speed of light? Really?

Back in September, scientists found that tiny particles called neutrinos appeared to do just that, defying Einstein’s special theory of relativity.

“It could be a fluke, but now the same experiment has replicated the result. It’s not hard proof yet, though; other groups still need to confirm these findings.”

“We live in an age of prejudice, dissimulation and paradox,” Blavatsky wrote in A Paradoxical World, “wherein, like dry leaves caught in a whirlpool, we are tossed helpless, hither and thither, ever struggling between our honest convictions and fear of that cruelest of tyrants—PUBLIC OPINION.”

This site contains copyrighted material the use of which has not always been specifically authorized by the copyright owner. We are making such material available in our efforts to advance understanding of environmental, political, human rights, economic, democracy, scientific, and social justice issues, etc. We believe this constitutes a ‘fair use’ of any such copyrighted material as provided for in section 107 of the US Copyright Law. In accordance with Title 17 U.S.C. Section 107, the material on this site is distributed without profit to those who have expressed a prior interest in receiving the included information for research and educational purposes. For more information go to: http://www.law.cornell.edu/uscode/17/107.shtml. If you wish to use copyrighted material from this site for purposes of your own that go beyond ‘fair use’, you must obtain permission from the copyright owner.