Animal Souls, the Heart of Good

Posted on December 27, 2017 by Theosophy Watch | Leave a comment 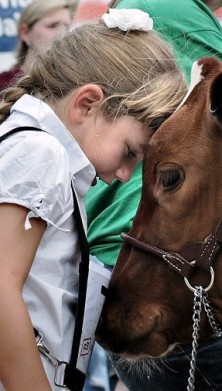 BETWEEN humanity and Nature, in a perfect world, mutual peace and harmony ought to always reign.

Mutual respect and universal compassion would be an accepted norm between humans and all beings in nature.

To those most mistreated of all, our helpless farm animals, this principle most urgently applies.

To this point, the keynote of Mme. H. P. Blavatsky’s worldview was the just and moral treatment of all beings in nature.

This principle was and is the First Object of the Theosophical  Movement, Universal Brotherhood.

Agreeably with Emerson, the foundational teaching of Theosophy as expressed in The Secret Doctrine, is “the fundamental identity of all Souls with the Universal Over-Soul.”  An acclaimed essay by Ralph Waldo Emerson “The Oversoul” was first published in 1841. With the human soul as its overriding subject, several general themes are treated:

“Influence of Eastern religions, including Vedantism, is plainly evident, but the essay also develops ideas long present in the Western tradition, e.g., in the works of Plato, Plutarch, and Neoplatonists like Plotinus and Proclus – all of whose writings Emerson read extensively throughout his career.” (Wikipedia)

Plus, in The Secret Doctrine (Summing Up #5), the teaching that “everything in the Universe, throughout all its kingdoms, is conscious,” and endowed

with a consciousness of its own kind and on its own plane of perception.”

Mme. Blavatsky was adamant in opposing animal cruelty. She spoke out forcefully against sport hunting of foxes, birds and big game, and most strongly against vivisection, animals tortured in biological experiments.

Mme. Blavatsky’s words were penned over 70 years before the widespread animal testing in universities and commercial laboratories. Yet now, animal testing has been cited in impartial studies as being scientifically unnecessary.

“By 1996, ‘cruelty-free’ shopping had become popular, but it was also confusing, sometimes misleading, and ultimately frustrating,” according to the Coalition for Consumer Information on Cosmetics (CCIC) — eight national animal protection groups banded together.

“If these humble lines could [also] make a few readers seriously turn their thoughts to all the horrors of vivisection,” Blavatsky pleaded, “the writer would be content.”

“Other permanent tortures, daily inflicted on the poor brutes, will” — Mme. Blavatsky predicted in her article Have Animals Souls? — “after calling forth an outburst from society generally, force all Governments to put an end to those barbarous and shameful practices.“

“Man is endowed with reason, the infant with instinct, and the young animal shows more of both than the child.”

Organic Valley: Who We Are

Organic Valley is a cooperative of organic farmers based in La Farge, Wisconsin, United States. The organic movement has happily gained a lot of ground. Organic Valley was founded in 1988. Over the past year, the nation’s largest organic cooperative has grown to 2,013 farmer-owners and posted record sales topping $1.1 billion.  “We are what happens when idealists become farmers,” says Organic Valley. [See “Why Organic?”]

“We love what we do, we love who we do it for. Farming organically isn’t the easiest way but we know it’s the right way. If you ask us, cows are a lot like kids: the more time spent outside playing in the grass the better. We treat our animals and the Earth with care and respect, and it shines through in the quality of our organic products. We believe farming is both an art, and a science. We just choose not to make it a chemistry experiment.”

“… from the huge quadruped down to the infinitesimally small insect, as their ‘younger brothers.'”

“Cows spend most of their lives bearing calves and giving milk. When their milk capacity ceases the cows are considered of no use. They are too expensive to keep, and are routinely destroyed,” Organic Valley reports.

“Twenty-five milk cows from Overath, a town near Cologne in the Rheinisch-Bergischer district, in North Rhine-Westphalia, Germany, were sharing the same fate. Here we see how the cows after a long winter in the barn, are freed to get to the pasture again. Watch how they quite literally, leaped for sheer joy!

“One of the most important jobs we have is getting out of the way and letting nature do its thing. Here, farmer’s own the company, not the other way around. We are a cooperative. And by definition, that means we’ve come together for our mutual benefit. It means we know we’re stronger together. It means we realize we’re all connected,” Organic Valley says, and demonstrates in practice.

“Because when you think about it, we’re not the only members of this coop. The people who buy our food are members. The animals, the plants, the soil, every living thing in the ecosystem are all members too. Organic Valley isn’t so much a place, as it is a belief in a better way. A belief that when we do what’s right for all of us, when we cooperate the good that comes out of it ripples outward.