Plants that Think and Speak 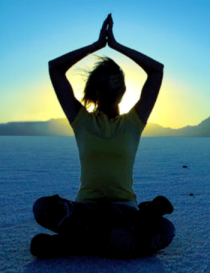 Consciousness is at the core of even the simplest entities on earth, like fungi, and from cells, molecules to atoms, according to Theosophy. Cells at disparate locations in our bodies, for example, talk to one other. Trees are known to warn other trees of insect attacks over long distances.

END_OF_DOCUMENT_TOKEN_TO_BE_REPLACED

Telepathy, a Power Common to Everyone 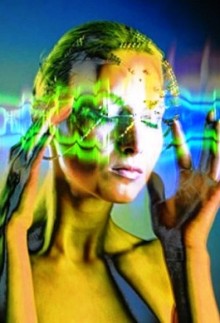 THE sensitive universal astral matrix can transmit “pictures of events to come,” wrote W. Q. Judge in The Ocean of Theosophy (Ch. 16), but only if the creations “are sufficiently well marked and made.”

Events for several years to come, “the producing and efficient causes,” Judge wrote, “are always laid down with enough definiteness to permit the seer to see them in advance, as if present.”

“It is a faculty common to all men,” Judge comments, “though in the majority but slightly developed.”

“Occultism asserts that were it not for the germ of this power slightly active in every one, no man could convey to another any idea whatsoever.” 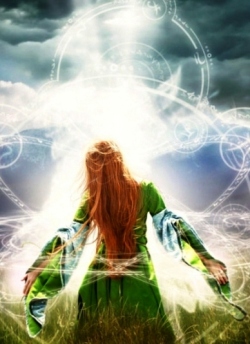 Using this psi power, often referred to as ‘clairvoyance,’ all images stored in the Astral Light, according to William Q. Judge,

“pass before the inner vision and are reflected into the physical eye from within. They then appear objectively to the seer.”

It is by the “flashing gaze” of “countless generations” of initiated seers and prophets, H. P. Blavatsky declares in The Secret Doctrine (1:272), who “penetrated into the very kernel of matter, and recorded the soul of things there.”

END_OF_DOCUMENT_TOKEN_TO_BE_REPLACED

A Phantom Force, the Astral Light

Posted on January 4, 2017 by Theosophy Watch | Leave a comment

“THE astral life of the earth is young and strong between Christmas and Easter. Those who form their wishes now will have added strength to fulfil them consistently.” (H. P. Blavatsky, Collected Writings)

Further, occult metaphysics teaches the astral light, an invisible substance or matrix, supports all forms and beings in the physical and the invisible worlds.

This active image-field is the mystical progeny of “the One homogeneous divine Substance-Principle, the one radical cause,” (The Secret Doctrine 1:273), sometimes related to “Akasa” in Sanskrit.

One outcome of the effects of this universal substratum, as psi researcher Dean Radin notes in his book Entangled Minds, is that “we occasionally have numinous feelings of connectedness with loved ones at a distance.”

“The idea of the universe as an interconnected whole is not new,” Radin says, “for millennia it’s been one of the core assumptions of Eastern philosophies. What is new is that Western science is slowly beginning to realize that some elements of that ancient lore might be correct.”

The spiritual substance supporting universal inter-connectivity is called Ākāśa in Sanskrit, a word meaning “aether” (in both its elemental and metaphysical sense.) The Ākāśa, with its alter-ego the Astral Light, are the raison d’etre of ‘out-of-body’ experiences, and support the entire spectrum from the spiritual to mundane psychic experiences (PSI).

Astral Light is the primeval storehouse and reflector of all the thoughts, ideas, feelings and acts uploaded from the Earthly doings of self-conscious humanity.

The ongoing scientific experiment the Global Consciousnesses Project demonstrates that the simultaneous force of many minds focused on one event, produce measurable effects in scientific instruments—facilitated by, Theosophists believe, by this same ubiquitous, universal mediating astral substance.