The Universe Had No Beginning 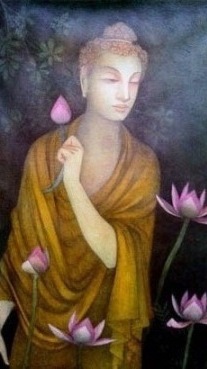 Bud of The Lotus

HERE’S what H. P. Blavatsky wrote concerning the ‘expansion’ of the universe. We compare it with what our modern physics has to say.

In The Secret Doctrine, to counter what was being forced on the world as the ‘standard scientific model’ for the origin of the universe, she put forward the following occult explanation:

“The expansion ‘from within without’ of the Mother, called elsewhere the ‘Waters of Space,’ ‘Universal Matrix,’ etc., does not allude to an expansion from a small centre or focus, but, without reference to size or limitation or area, means the development of limitless subjectivity into as limitless objectivity. … It implies that this expansion, not being an increase in size  — for infinite extension admits of no enlargement  — was a change of condition.”

“It ‘expanded like the bud of the Lotus’ — for the Lotus plant exists not only as a miniature embryo in its seed (a physical characteristic), but its prototype is present in an ideal form in the Astral Light from ‘Dawn’ to ‘Night’ during the Manvantaric period, like everything else, as a matter of fact in this objective Universe — from man down to mite, from giant trees down to the tiniest blades of grass.”

“The Waters of Life, or Chaos — the female principle in symbolism — are the vacuum (to our mental sight) in which lie the latent Spirit and Matter. This it was that made Democritus assert, after his instructor Leucippus, that the primordial principles of all were atoms and a vacuum, in the sense of space, but not of empty space, as ‘Nature abhors a vacuum’ according to the Peripatetics, and every ancient philosopher.”

“In all Cosmogonies ‘Water’ plays the same important part. It is the base and source of material existence. Scientists, mistaking the word for the thing, understood by water the definite chemical combination of oxygen and hydrogen, thus giving a specific meaning to a term used by Occultists in a generic sense, and which is used in Cosmogony with a metaphysical and mystical meaning. Ice is not water, neither is steam, although all three have precisely the same chemical composition.”

And even in the most ordinary scientific speculations, contrary to the standard model modern science, water has now been proven to have “memory” — a fact that supports the occult concept of the “waters of space” as the preserver and container of all and everything that has ever existed.  (Learn the new scientific proof of this in the video below):

A Quantum Equation Suggests That The Big Bang Never Happened – There Is No Beginning.

“If it was the big bang, then what started the big bang? In order to find out more about our reality, we might have to dive into the non-material world to truly understand it. Quantum physics [and H. P. Blavatsky’s The Secret Doctrine] is breaking down those barriers

“The true nature of our reality has been subject to multiple theories throughout human existence, and, if one thing is for certain, it’s that we do not yet know the true nature of reality. Science and scientific theories are always changing, what we once thought we knew always seems to be replaced by something else. These paradigm-shifting moments have taken place throughout human history.” 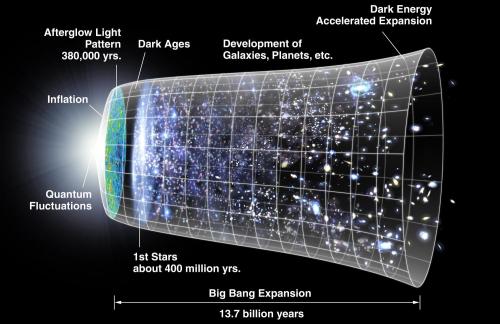 For example, Lord Kelvin wrote: “there is nothing new to be discovered in physics now. All that remains is more and more precise measurement.”

It was only a few years later when Einstein published his paper on special relativity. The new theories proposed by Einstein challenged the current framework of accepted knowledge, which forced the scientific community to open up to alternative, more broader views regarding the true nature of our reality.

Lord Kelvin’s statements bare with it the voice of paradigms past … We knew that the Earth was flat, we knew that we were the center of the universe, and we knew that a man-made heavier than air piece of machinery could not take flight. Through all stages of human history, intellectual authorities have pronounced their supremacy by ridiculing or suppressing elements of reality that simply didn’t fit within the framework of accepted knowledge.

Are we really any different today? Have we really changed our acceptance towards things that won’t fit the frame? Maybe there are concepts of our reality we have yet to understand, and if we open our eyes maybe we will see that something significant has been overlooked.

The Big Bang is Wrong

According to fairly recent research, there might not have been a big bang, the universe might have actually existed forever. It’s hard to wrap your head around, and as usual with space science, it doesn’t seem to make much sense. The theory was derived from the mathematics of general relativity, and compliment Einstein’s theory of general relativity.

The Big Bang singularity is the most serious problem of general relativity because the laws of physics appear to break down there.

Here is a good picture representing what the big bang theory is referring to.

Again, the big bang postulates that the universe started out as an infinitely small point in space called a singularity, then exploded and created space where there was no space before, and is continually expanding.

One big question regarding that expansion is; how did it happen? As you can see in the picture, “who is that guy?!”

According to Nassim Haramein, the Director of Research for the Resonance Project:

“For every action, there is an equal opposite reaction.” is one of the most foundational and proven concepts in all of physics. Therefore, if the universe is expanding then ‘the guy’ (or whatever ‘he’ is), who is blowing up that balloon, has to have some huge lungs that are contracting to be able to blow it up. This a concept that Nassim Haramein began exploring when creating an alternative unified field theory to explain the universe.” (source)

This is one out of many criticisms regarding the big bang theory. There are many considerations to be pondered. Can something come from nothing? What about quantum mechanics and the possibility that there is no moment of time at which the universe did not exist?

Again, so many considerations to be pondered. According to Phys.org,

“The scientists propose that this fluid might be composed of gravitons—hypothetical massless particles that mediate the force of gravity. If they exist, gravitons are thought to play a key role in a theory of quantum gravity.In a related paper, Das and another collaborator, Rajat Bhaduri of McMaster University, Canada, have lent further credence to this model. They show that gravitons can form a Bose-Einstein condensate (named after Einstein and another Indian physicist, Satyendranath Bose) at temperatures that were present in the universe at all epochs.” (source)

Phys.org also pointed out that,

In a related paper, Das and another collaborator, Rajat Bhaduri of McMaster University, Canada, have lent further credence to this model. They show that gravitons can form a Bose-Einstein condensate (named after Einstein and another Indian physicist, Satyendranath Bose) at temperatures that were present in the universe at all epochs.

“When quantum mechanics is thrown into the equation things appear to be far different. Again, this new theory is suggesting that the universe could have always existed, that it never was what we perceive to be as ‘the  beginning.’ Perhaps it was just an event that did occur that we perceive as the beginning, perhaps the event occurred not from nothing, but something. Again, who is that guy blowing on the balloon in the picture?

“To conclude, it’s clear that we do not yet have a solid explanation regarding what happened during the Big Bang, or if it even happened at all. This new theory is combining general relativity with quantum mechanics, and at the end of the day, these are all just theories.”

A Grand Machine, or a Grand Thought?

“Not to mention the fact that theories regarding multiple dimensions, multiple universes and more have to be considered. When looking for the starting point of creation, our own universe might not even be the place to start. It might be hard given the fact that we cannot yet perceive other factors that have played a part in the makeup of what we call reality.

What is even harder is the fact that quantum physics is showing that the true nature and makeup of the universe is not a physical material thing!

“I’ll leave you with a quote that might give you something to think about:

A fundamental conclusion of the new physics also acknowledges that the observer creates the reality. As observers, we are personally involved with the creation of our own reality. Physicists are being forced to admit that the universe is a ‘mental’ construction.

“As Above, So Below”

“Everything in the Universe follows analogy. ‘As above, so below;’ Man is the microcosm of the Universe. That which takes place on the spiritual plane repeats itself on the Cosmic plane. Concretion follows the lines of abstraction; corresponding to the highest must be the lowest; the material to the spiritual.”

4 responses to “The Universe Had No Beginning”