Remembering Past Lives within The Celestial Body

SOUL memory according to Theosophy is referred to as ‘reminiscence,’ and it is this kind memory that assures every human being, whether they know it or not, of their having lived before, and having to live again.

To fully grasp the idea, we first have to study the complex relationship between the human and transcendental aspects of mind (represented physiologically by the brain’s left and right hemispheres.)

Knowledge gained or not by soul-sourced transmission is described by W. Q. Judge in his Ocean of Theosophy, Ch.9:

“By living according to the dictates of the soul the brain may at last be made porous to the soul’s recollections; if the contrary sort of a life is led, then more and more will clouds obscure that reminiscence.”

H. P. Blavatsky in The Voice of the Silence, has an even simpler formula:

Self-Knowledge is of
loving deeds the child.

The differences were experienced directly by neuroanatomist Jill Bolte Taylor PhD, described in her book “My Stroke of Insight.” In a memorable TED Talk, she describes her experience in dramatic detail:

“Jill Bolte Taylor got a research opportunity few brain scientists would wish for: She had a massive stroke, and watched as her brain functions — motion, speech, self-awareness — shut down one by one. An astonishing story.”

My Stroke of Insight 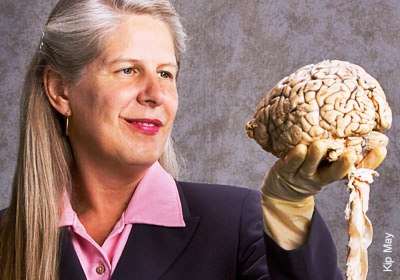 The contrast of Spirit (or consciousness) and Matter, Subject and Object.

“Spirit (or Consciousness) and Matter are, however, to be regarded, not as independent realities, but as the two facets or aspects of the Absolute (Parabrahm), which constitute the basis of conditioned Being whether subjective or objective.  . . .  Just as pre-Cosmic Ideation is the root of all individual consciousness, so pre-Cosmic Substance is the substratum of matter in the various grades of its differentiation.”

This fundamental double consciousness, Blavatsky explained, is termed first “the spiritual, or those which belong to the imperishable Ego,” (The Key to Theosophy, Section 8, On Individuality and Personality). Second, she describes the intellectual/rational, personal physical brain states:

which inhabit the ever-changing bodies, or the series of personalities of that Ego.

Notwithstanding, our higher mind knows and remembers all its lives, she insisted, “as well as you remember what you have done yesterday. The real Ego has not forgotten them, and the personal never experienced them. Shall the new boots on the feet of a boy who is flogged for stealing apples, be punished for that which they know nothing?” HPB asked. 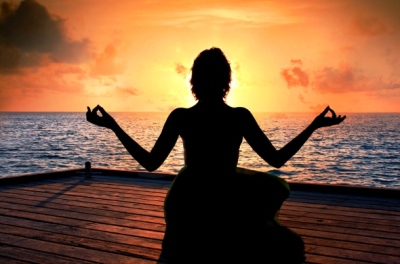 That which is called “the divine man,” is the “real Individuality,” who like the elegant elephant, never forgets.  But its vehicle the personality has no access to that history as it corresponds to “a new suit of clothes.” There are, however, importantly:

modes of communication between the Spiritual and human consciousness or memory.

Evidence for such modes of communication lies in our powers of intuition, conscience, premonitions etc. and, most powerfully, from investigations into the so-called NDE or Near Death Experience. But such states as this “have never been recognised by your scientific modern psychologists,” Blavatsky said of such communications.

That may be changing now.

The Latest Findings: the Largest NDE Study Every Reported

“Jeffrey Long, M.D. has scientifically studied over 4000 near-death experiences (NDEs). Dr. Long reviews this prior research and presents his current groundbreaking investigation of the content of NDEs that address humankind’s “Big Questions” which include: Does God exist? Is there an afterlife? What is the meaning and purpose of earthly life? NDEs have extraordinarily consistent information that address the Big Questions. Insights into the Big Questions from NDEs does not seem explainable by preexisting cultural or religious beliefs. This is the largest scientific investigation of sequentially shared experiences addressing the Big Questions ever reported.”

“Stay in this World”

“When we either wholly or now and then become consciously united with Buddhi, the Spiritual Soul,

we behold God, as it were.

“This is what the ancients all desired to see, but what the moderns do not believe in, the latter preferring rather to throw away their own right to be great in nature, and to worship an imaginary god made up solely of their own fancies and not very different from weak human nature.”

The video clip below comes from an original documentary produced by Norman Van Rooy called “Shadows – Perceptions of Near-Death Experiencers.” It was made available on YouTube by the producer.  Below the photo is a partial transcript of what Anne Horn remembered, followed by the video interview.

Piercing the Veil of Death

“He looked down at me and he said, ‘you’re not supposed to be here. It’s not time for you to be here.

And I remember looking up at him and saying, ‘but I want to be here’… With all my heart, I wanted to be there. I wanted to go home. I was happy.

“And he took a pause and… you could see him thinking about something and deciding whether to say something. And with that… there was a picture placed in my head of a memory of my original agreement of why I had come to Earth, to begin with. It was like I remembered and I went, ‘Oh, right. Right…'”

H. P. Blavatsky quotes “the fine spiritual perceptions of Coleridge, who shows how intuitional he is in some of his comments. Hear what he says with respect to the probability that ‘all thoughts are in themselves imperishable:'”

‘If the intelligent faculty (sudden ‘revivals’ of memory) should be rendered more comprehensive, it would require only a different and appropriate organization — the body celestial instead of the body terrestrial — to bring before every human soul the collective experience of its whole past existence (existences, rather).’

And this “body celestial,” Blavatsky wrote in The Key to Theosophy, Section 8, On Re-Incarnation or Re-Birth, “is our Manasic EGO,” [Spiritual Mind]. “Our birth is but a sleep and a forgetting,” quoting the poet Wordsworth on rebirth:

The soul that rises with us, our life’s star, Hath elsewhere had its setting,
And cometh from afar.

While providing many accounts of near-death experiences (NDEs) from men, women, and children of all ages and backgrounds, says the reviewer, “Lessons from the Light” is much more than just an inspiring collection of NDEs.

In his book, near-death expert Kenneth Ring extracts the pure gold of the NDE and with a beautiful balance of sound research and human insight reveals the practical wisdom held within these experiences.

Lessons from the Light

Fellow near-death researcher Stanley Krippner wrote: “In this remarkable book, Ring presents evidence that merely learning about the near-death experience has similar positive effects to those reported by people who actually have had near-death experiences. Kenneth Ring is one of the few authors whose gifts include the capacity to transform their readers’ lives.”

Kenneth Ring is the author of Lessons From The Light: What We Can Learn From The Near-Death Experience, Heading Toward Omega, and Mindsight: Near-Death and Out-of-Body Experiences in the Blind.

“The experience of dying men — by drowning and other accidents — brought back to life, has corroborated our doctrine in almost every case. Such thoughts are involuntary and we have no more control over them than we would over the eye’s retina to prevent it perceiving that colour which affects it most.

“At the last moment, the whole life is reflected in our memory and emerges from all the forgotten nooks and corners picture after picture, one event after the other. The dying brain dislodges memory with a strong supreme impulse, and memory restores faithfully every impression entrusted to it during the period of the brain’s activity.”

“That flash of memory which is traditionally supposed to show a drowning man every long-forgotten scene of his mortal life,” — Mme. Blavatsky recounts in Isis Unveiled 1:179 —

as the landscape is revealed to the traveler by intermittent flashes of lightning — is simply the sudden glimpse which the struggling soul gets into the silent galleries where his history is depicted in imperishable colors.

The video below documents just such an experience:

“That impression and thought which was the strongest naturally becomes the most vivid and survives so to say all the rest which now vanish and disappear forever, to reappear but in Deva Chan [after-death dream]. No man dies insane or unconscious — as some physiologists assert.

Even a madman, or one in a fit of delirium tremens will have his instant of perfect lucidity at the moment of death, though unable to say so to those present.

“The man may often appear dead. Yet from the last pulsation, from and between the last throbbing of his heart and the moment when the last spark of animal heat leaves the body — the brain thinks and the Ego lives over in those few brief seconds his whole life over again.”

“Speak in whispers, ye, who assist at a death-bed and find yourselves in the solemn presence of Death. Especially have you to keep quiet just after Death has laid her clammy hand upon the body. Speak in whispers, I say, lest you disturb the quiet ripple of thought, and hinder the busy work of the Past casting on its reflection upon the Veil of the Future.”

“Modern science is our best ally. Yet it is generally that same science which is made the weapon to break our heads with. However you will have to bear in mind (a) that we recognise but one element in Nature (whether spiritual or physical) outside which there can be no Nature since it is Nature itself …”

The Secret Mind of Slime

For more information about the current state of near-death experiences, go to the following links:

How Near-Death Experiences Are Changing The World
Part One & Two:
http://www.youtube.com/user/nhnemultimedia

4 responses to “Remembering Past Lives within The Celestial Body”