KERRYN McCANN won the hearts of all Australians in 2006 when she got gold at the Commonwealth Games in a down to the wire marathon win.

Media footage showed Kerryn crossing the finish line, as if that was her life’s main triumph.

Two years later the much loved athlete succumbed to breast cancer, her husband and three children at her bedside.

Kerryn told friend and fellow athlete Raelene Boyle just a week before that she was still hopeful. Then she was so ill in her final days, she could no longer talk — yet through it all, her spirit never dimmed.

Happily, the body, brain and personality is understood in Theosophy as only a vehicle for the immortal soul each lifetime.

But this necessary instrument presents us with special opportunities in each life to express our  potential. Yet, many are unable or unwilling to seize those gifts in the time allotted to them, as Karryn did.

The illness drew out her determined, deathless and compassionate spirit, an inspiration to those who might not have her inner strength. She knew the deadly disease had come back, but she competed anyway.

The soul’s capacity will be fully availed of, or not, according to individual karmic endurance, W. Q. Judge says. Their capacity and destiny is the result of their “desire and prior conduct.”

The person’s past choices and behavior, he says,”will have increased or diminished” their karmic resources. 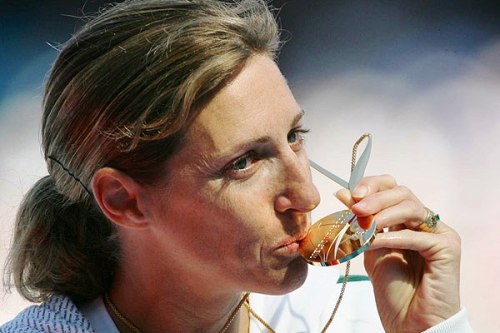 And, “the troubles of nations and families arise from want of capacity,” Judge says, “more than from any other cause.” So the choices we make will always carry a greater influence than just to us as separate individuals.

(Drama of the Mysteries)

“For the energy that dwelt in smell, taste, speech, hearing, thinking, touching and knowing cannot cease, because it is everlasting.

“But there is nothing else besides the Spirit, or separate from her, for her to know.”  🙂

“This is the highest bliss. All beings live on the fragments of this bliss.”

“But as the brain had no part in the life last lived, it is in general unable to remember,” W. Q. Judge explains in the Ocean of Theosophy, but “by living according to the dictates of the soul…

“…the brain may at last be made porous to the soul’s recollections.”

On the other hand, he says, “if the contrary sort of a life is led,” one which is essentially soul-less, “then more and more will clouds obscure that reminiscence.”

Until we gain a deeper soul perspective on life, we would not be able to recall our past lives. We would be “very miserable if the deeds and scenes of our former lives were not hidden from our view,” Judge wrote,

“… until by discipline we become able to bear a knowledge of them.”

Early Theosophists placed great importance on Dharma. This is the sum total of the limited portion of our karma into which we are reincarnated in any one life.

Karma and reincarnation are easily understood, W. Q. Judge wrote, and together they furnish “a solid foundation for ethics, and all human conduct.” Reincarnation provides the hope, and karma the responsibility for our actions and choices.

These are “the very key-notes of the higher evolution of man,” he said, and  without them “evolution is but a fragment, a process whose beginnings are unknown, and whose outcome cannot be discerned — a glimpse of what might be, a hope of what should be.”

“But in the light of Karma and Reincarnation evolution becomes the logic of what must be.”

“The links in the chain of being are all filled in, and the circles of reason and of life are complete.

“Karma gives the eternal law of action, and Reincarnation furnishes the boundless field for its display.”

Endless evolution on the grandest scale, is a “complete synthesis” of laws which effect all humanities and worlds, Judge wrote. And in this great scheme, he said, it is the doctrines of Karma and Reincarnation that “form so important a part.”

“Great Genius if true and innate,” H. P. Blavatsky wrote, “and not merely an abnormal expansion of our human intellect…

“… can never copy or condescend to imitate — but will ever be original, sui generis in its creative impulses and realizations.”

Genius is living proof of the preexistence of a spiritual thread soul. The power of the soul’s innumerable life experiences, focused like water through a narrow channel of a single life, magnifies its force. Clear streams flowing naturally and effortlessly through the obstacles of life in complete acceptance.

We selected the three heroine geniuses for this post, not as much for their incomparable talents, as for their undaunted courage in the face of tragedies that would have broken lesser souls.

To the very end, their minds and hearts remained each crystalline pure, unclouded by blame or regrets, focused solely on their karmic callings, and always as much, for ways they could help others.

6 responses to “A Spirit Undefeated”