MAINSTREAM scientists looking for the source of consciousness, insist its origin must be located in the physical brain.

They are certain that all cognition arises from the activity of neurons attached to specific structures, which have fixed locations.

Yet many credible scientific researchers today are unconvinced, and dispute these assumptions.

Such open minded investigators are willing to pursue truth wherever it leads, even to evidence that consciousness is a independent entity from the physical structures through which it manifests.

Most so-called New Age science is still considered hocus pocus, and the researcher’s findings are not considered credible, no matter how rigorously the studies are done.

“We live in an age of prejudice, dissimulation and paradox,” Blavatsky wrote in A Paradoxical World, “wherein, like dry leaves caught in a whirlpool, we are tossed helpless, hither and thither, ever struggling between our honest convictions and fear of that cruelest of tyrants—PUBLIC OPINION.”

Poised fearlessly at frontier research are scientific organizations such as the respected Institute of Noetic Sciences (IONS) in Petaluma, California, and the Institute of HeartMath in Boulder Creek.

These researchers, and others, like NES energy medicine, are willing to take a leap in pursuit of the fast-moving “soul of things.”

Investigations into healing fields of nature were once the exclusive precinct of uncanny ancient intuitives and seers. Today there are numerous qualified, sincere scientific investigators on the hunt for answers to the puzzling questions of consciousness that stymie mainstream science.

“The flashing gaze of those seers has penetrated into the very kernel of matter, and recorded the soul of things there.”

Still material science “believes not in the ‘soul of things,'” Blavatsky complained. Now, all that may be changing.

Dr. Charles T. Tart has been involved with research and theory in the fields of Hypnosis, Psychology, Transpersonal Psychology, Parapsychology, Consciousness and Mindfulness since 1963. Including his latest, The End of Materialism, he has authored over a dozen books, 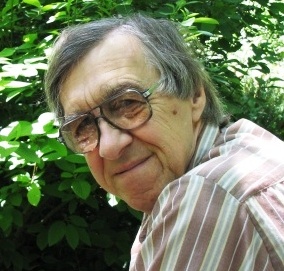 Two of his books became widely-used textbooks, and he has had more than 250 articles published in professional journals and books, including lead articles in the prestigious scientific journal Science and Nature.

Tart is currently leading workshops on GlideWing, and is regularly tapped for public speaking appearances.

A recent book with the title “Measuring the Immeasurable: The Scientific Case for Spirituality” is a valuable compendium of essays by modern luminaries – they comprise, the publisher says

“…some of the prominent authorities on the new frontier where science and spirit intersect.”

EMPowerplus™ is a unique, micronutrient formula proven effective in reducing or eliminating the symptoms of bipolar, anxiety, depression, and ADHD. 16 medical journal publications, plus many individual doctors’ observations, have shown significant reductions in the symptoms of bipolar and other mental disorders.

“One must not agree with those who teach that it is unphilosophical to enquire into first causes,” H. P. Blavatsky writes in The Mind in Nature, “and that all that we can do is to consider their physical effects.”

“The Theosophist has no desire to play at being a squirrel upon its revolving wheel, he must refuse to follow the lead of the materialists.”

“The field of scientific investigation is bounded by physical nature on every side,” Blavatsky reminds her readers,  “hence, once the limits of matter are reached, enquiry must stop and work be re-commenced.”

The limits of matter

In the full-length film, The Living Matrix – The Science of Healing, there are “breakthroughs that will transform your understanding of how to get well and stay well. This is a up-close look at the science of information as medicine. Leading researchers and health practitioners share their discoveries on the ‘miracle cures’ traditional medicine can’t explain.”

“Paracelsus was, perhaps, the only Occultist in Europe, during the last centuries since the Christian era,” Blavatsky wrote in The Secret Doctrine, “who was versed in this mystery.” 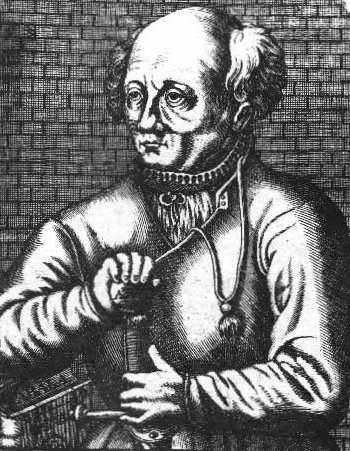 “Had not a criminal hand put an end to his life, years before the time allotted him by Nature, physiological Magic would have fewer secrets for the civilized world than it now has.”

For more on Paracelsus, read the “Great Theosophists Series”:

“The matrix is invisible and no one can see its primal substance,” wrote Paracelsus, “for who can see that which was before him?”

All of us come from the matrix,” he said, “but no one has ever seen it because it existed before man.”

“And even though man comes from it, and men are born from it again and again, Paracelsus wrote, “no one has seen it.”

“The world was born from the matrix, as was man and all other living creatures,” he said — “all this has come out of the matrix.”

“An intriguing example of the mystery surrounding the human nervous system, as currently understood, is found in professional dancers,” says biophysicist and cell biologist James L. Oschman, PhD – who chooses not to “follow the lead” of his reductionist colleagues.

The art and science of dance, says Oschman, “is not describable in terms of nerve impulses.” Instead, he insists, a field theory is required.

This seemed quite similar to the phrase Blavatsky’s uses: “inexpressible in terms of foot-pounds” — when one attempts, she notes in correspondence, to describe the subtle root-essence of “immaterial thought.”

What is required to explain the dancer’s multitasking, acrobatic synchrony, is a tangible but elusive regulatory field, Oschman says.

This field may be what Theosophy calls the “protean or plastic double” described by H. P. Blavatsky, which is both ‘somewhere out there’ — yet inexplicably tethered to the physical body, brain and nervous system.

No single artifact of modern experimental science and medicine has been more exploited, or more ignored and unexplored, than the mysterious “placebo effect.” This is when a patient is given an inert pill, told that it may improve his/her condition, but not told that it is in fact inert.

In one study, patients with arthritis receiving a “placebo” were pain-free three years later.

“Anything that unleashes more of the body’s self-healing system,” says biologist and morphic resonance pioneer Rupert Sheldrake, in this excerpt from The Living Matrix,

A group of scientists at Rutgers University and UCLA have published a report in the October 2009 issue of Psychological Science that suggests possible methods for predicting brain activity, and hence “reading” minds.

The findings present a brain model that is much more complex than previously thought. 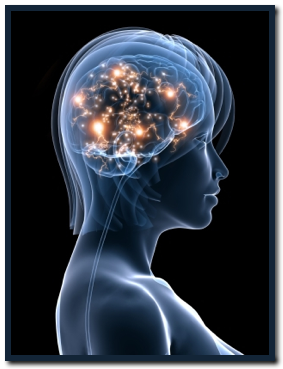 “… is that if you want to understand human cognitive function, you need to look at system-wide behavior across the entire brain.”

“You can’t do it by looking at single cells or areas,” Hanson says,

“…you need to look at many areas of the brain to even understand the simplest of functions.”

Out of Body Healing

The new scientific studies demonstrating the compelling necessity for a field theory are philosophically important proposals for breaking down the current reductionist models that are forcing science into their materialistic holding pattern.

But the healing effects that have been reported, secondary to the biofield theory, are of even greater practical value to humanity in everyday life, especially self-healing.

“But stay, Disciple . . . Yet, one word. Canst thou destroy divine COMPASSION? Compassion is no attribute,” says The Voice of the Silence: “It is the LAW of LAWS – eternal Harmony — a shoreless universal essence, the light of everlasting Right, and fitness of all things, the law of love eternal.”

“The more thou dost become at one with it, thy being melted in its BEING, the more thy Soul unites with that which IS, the more thou wilt become COMPASSION ABSOLUTE.”

“This ‘compassion’ must not be regarded in the same light as ‘God, the divine love’ of the Theists,” Blavatsky comments in a footnote. “Compassion stands here as

“…an abstract, impersonal law whose nature, being absolute Harmony, is thrown into confusion by discord, suffering and sin.”

“Sow a thought, reap an act,
Sow an act, reap a habit,
Sow a habit, reap a character.”

H. P. Blavatsky devotes many pages of The Secret Doctrine to Crookes’ researches in chemistry which she said came close to the teachings of the ancient wisdom.

H. P. Blavatsky “also used his [Crookes’] famous demonstration of the existence of the astral or ethereal double in man, with its capacity for a temporary existence independently of the physical body,” explains Theosophical writer Charles J. Ryan,

“… as an apt illustration of the ethereal condition of the human race in its earlier pre-physical evolution.”

Sixty years earlier, Michael Faraday had postulated “radiant matter” as “purely hypothetical”. On 17 January 1816, Faraday delivered a series of lectures to the City Philosophical Society, one of which was titled “Radiant Matter.”

To explore the details about the spiritual materializations of Katie King in Sir Willilam Crookes’ laboratory:

For additional details concerning the experiments of William Crookes with the medium Florence Cook (Katie King),

This site contains copyrighted material the use of which has not always been specifically authorized by the copyright owner. We are making such material available for  nonprofit educational purposes. We believe this constitutes a ‘fair use’ of any such copyrighted material as provided for in section 107 of the US Copyright Law. In accordance with Title 17 U.S.C. Section 107, the material on this site is distributed without profit to those who have expressed a prior interest in receiving the included information for research and educational purposes. For more information go to: http://www.law.cornell.edu/uscode/17/107.shtml. If you wish to use copyrighted material from this site for purposes of your own that go beyond ‘fair use’, you must obtain permission from the copyright owner.