According to tradition, the Buddha’s dying words were (freely translated): “all compounds are perishable.”
It was not man’s immortal spirit he meant. Rather, Buddha was pointing to the temporary physical, passionate, personal and psychic parts of us.

Our deathless spirit uses sensory and physical vehicles merely as instruments of expression in every new ly minted life.

Functionally linked those parts are temporary and are separated from each other at death. They are reduced to their primal elements, like the fuel of a fire, recycled and returned back to Universal Nature, their primal state.

The process is entirely natural, the recycling of renewable substances of evolution, of the temporal forces and materials required for an earthly body:

“Dust thou art,” states Genesis (3:19), “and unto dust thou shalt return”— referring to those perishable parts of man’s complex construction.

By contrast, in a dream, “the Spirit of man is free,” as the occult teaching of the Brihad Aranyaka Upanishad (13) declared, “and naught adheres to the Spirit.”

Mme. Blavatsky agreed with the Upanishads, and explains in the Key to Theosophy (109) that “death ever comes to our spiritual selves as a deliverer and friend.” And for the average mortal, “it will be a dream as vivid as life, and full of realistic bliss and visions.”

Even for the materialist, who, “notwithstanding his materialism, was not a bad man, the interval between the two lives will be like the unbroken and placid sleep of a child,” Blavatsky wrote.

“As the man at the moment of death has a retrospective insight into the life he has led, so, at the moment he is reborn on to earth. He has a prospective vision of the life which awaits him and realizes all the causes that have led to it.

“He realizes them and sees futurity, because it is between [the bliss filled after-death dream state called] Devachan and re-birth, that the Ego regains his full [spiritual mind] manasic consciousness, and re-becomes for a short time the god he was —before he first descended into matter and incarnated in flesh, in compliance with Karmic law.”

“The ‘golden thread’ sees all its ‘pearls’ and misses not one of them.” – H. P. Blavatsky

“I repeat it: death is sleep. After death, before the spiritual eyes of the soul begins a performance according to a programme learnt and very often unconsciously composed by ourselves: the practical carrying out of correct beliefs or of illusions which have been created by ourselves. The Methodist will be Methodist, the Mussulman a Mussulman, at least for some time — in a perfect fool’s paradise of each man’s creation and making.

“These are the post-mortem fruits of the tree of life. Naturally, our belief or unbelief in the fact of conscious immortality is unable to influence the unconditioned reality of the fact itself, once that it exists; but the belief or unbelief in that immortality as the property of independent or separate entities, cannot fail to give colour to that fact in its application to each of these entities. Now do you begin to understand it?”

(H. P. Blavatsky, The Key to Theosophy, Section 9,
“What is Really Meant by Annihilation)

A woman tells the stories of her two near-death experiences. The first one occurred after she had a car accident. She had an out of body experience, and from above watched the scene around her physical body. Then she had a life review and met deceased relatives. Dr. Pim van Lommel’s research on NDEs is also briefly mentioned.

At the age of twenty, Pvt. George Ritchie apparently died in an army hospital and was pronounced dead twice by the doctor on duty. Nine minutes later he returned to life. 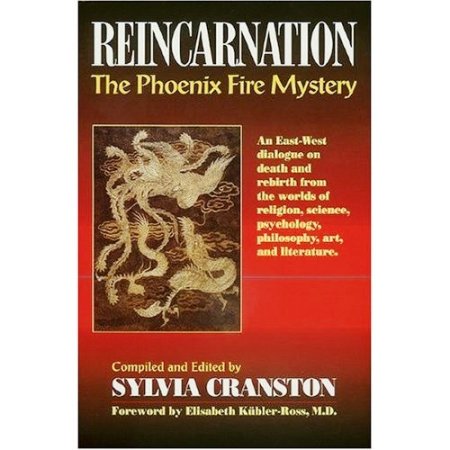 “This classic anthology offers ancient and modern perspectives on Job’s question: ‘If a man dies, shall he live again?’ Spanning over 5,000 years of world thought,” the publisher writes, “the selections invite consideration of an idea that has found hospitality in the greatest minds of history.”

Dr. George Ritchie wrote of his near-death experience (NDE) in the widely popular “Return from Tomorrow,” co-written with Elizabeth Sherrill (1978), and has been translated into nine languages. In Return from Tomorrow, Dr. Ritchie tells of his out-of-body experience, his meeting with Jesus Christ, and his travel with Christ through different dimensions of time and space.

“Death is nothing more than a doorway,” Richie said, “something you walk through. 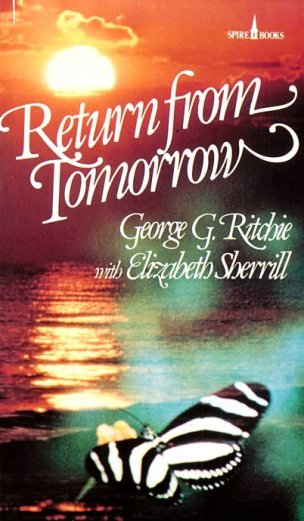 George Ritchie’s story was the first contact Raymond Moody, PhD had with NDEs during his undergraduate studies in philosophy at the University of Virginia.

This is what led Moody to investigate over 150 cases of NDEs in his book Life After Life and two other books that followed.

Raymond A. Moody, Jr., M.D., the acknowledged “Father” of Near Death Experiences, a psychiatrist, is author of the classic Life After Life which sold over ten million copies. Dr. Moody’s book inaugurated research in the field of near-death studies. A professor of psychology at Wes Georgia College, he is also author of Laugh After Laugh and The Light Beyond.

“We are ignorant of the beyond because this ignorance is the condition of our own life. Just as ice cannot know fire except by melting and vanishing.”

There is a kind of ‘noetic knowing’ which accompanies all true NDEs and OBEs. The ultimate OBE is, of course, experienced as a state after-death of the physical body, and the subsequent reincarnation of the individual soul.

What is the Character and quality of the near-death experience? Do such experiences represent an authentic encounter with the world beyond or are they an artifact of our brain’s activity?

The common qualities of the near-death experience include feelings of profound peace, out-of-body sensation, meeting with ‘beings of light’ and with one’s deceased relatives, reviewing one’s life and a reluctance to return.

Meet Dr. Moody who explores in an interview with Jeffrey Mishlove the significance of these experiences for our understanding of the collective unconscious, emphasizing the value of wisdom and love as being primary in human life.

Dr. Moody’s book, Glimpses of Eternity: Sharing a loved one’s passage from this life to the next, on Shared Death Experiences was recently published. Written with Paul Perry, this book provides numerous examples of the shared death experience.

Persons present at the death of a loved one experience leaving their own body, viewing the life review of their loved one and traveling part-way toward the Light. Moody describes seven key elements of the shared death experience which is very similar to those of the near-death experience.

“At the solemn moment of death every man, even when death is sudden,” Blavatsky says in The Key to Theosophy (162), “sees the whole of his past life marshaled before him, in its minutest details. For one short instant, the personal becomes one with the individual and all-knowing Ego. She refers to the illusion of time in near-death experiences in her article Memory in the Dying, as she puts it:

“A long life, perhaps, lived over again, in the space of one short second!” – H. P. Blavatsky