PARISIANS including Marie Antoinette, the wife of King Louis XVI, were in love with a man by the name of Franz Friedrich Anton Mesmer.

The Paris press reported the phenomenon as “Mesmeromania.”

The gregarious Dr. Mesmer was wealthy because he married a rich widow, but also because he became a successful Viennese physician.

Mozart was introduced to Benjamin Franklin’s invention, the “Armonica,” by Mesmer, (who used it to ‘mesmerize’ his patients.)

The young Mozart composed a musical piece for Mesmer’s “Glass Armonica,” and later wrote a solo Armonica piece, and a larger quintet for Armonica, flute, oboe, viola and cello. 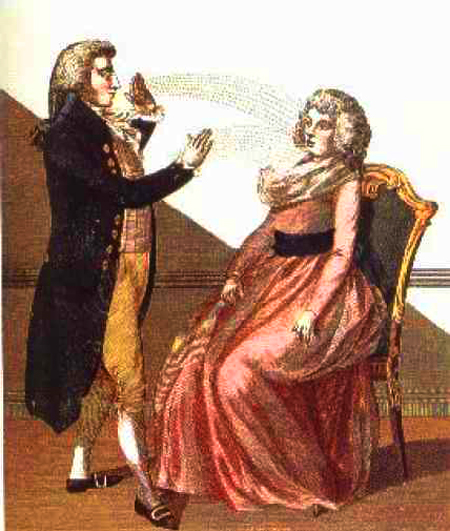 Mesmer was the darling of Parisian Elite Society in the 1780’s, a confidant of the super rich and super powerful.

All over Paris, people were throwing themselves under trees Mesmer had ‘mesmerized.’ They would flail, convulse, scream and claim healing. Mesmer said he had a healing power in his hands he called “Animal Magnetism.”

This era was a period of questioning. Later historians would call it the age of enlightenment (18th century). This began a period where scientific method, as we know it today, was begun.

Science was not yet a specialized profession, and the term Scientist was not coined until 1833.

Mysticism was gradually replaced with materialistic reductionism — or what Charles Tart terms “scientism.”

Today, hands-on-healing and Mesmerism, now called “bioenergy” healing, is enjoying a renaissance of interest and investigation.

The mesmeric (bioenergy healer) Zdenko Domančić ironically bears an uncanny likeness to Mesmer. The Domančić Bioenergy method was developed over 30 years ago. Its practitioners say “it is unique in its simplicity and effectiveness,” and is “scientifically validated and practiced all over the world.” 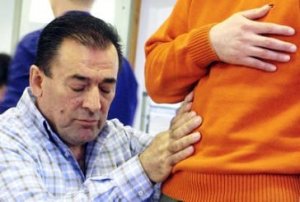 “It restores health of adults and children,
when other means fail.”

The energetic body field or astral field, “has been known for ages to those who see with the inner eye,” W. Q. Judge wrote, and “will one day be discovered and admitted by science.”

Mesmer was only a rediscoverer, H. P. Blavatsky declared. Further, in his article Mesmerism, Judge insisted that mesmeric phenomena can be produced

“by any healthy man or woman
…if they will only try.”

But energy healing should not be confused with activities of the impersonal “Higher Self” Judge writes, adding:

“The grosser the operator the better,
for thus there is more of the mesmeric force.”

The bioenergy healing art, William Q. Judge says in his article, “long antedates the days of Anton Mesmer,” and was known by many different names — though its methods and results were recognizably similar, he says.

“… sometimes the person operated on was seen to follow the hand of the operator, as if drawn like iron filings to a magnet. These are all used today by various operators.”

“In 1639, one hundred years before Mesmer,” Judge explains, “a book was published in Europe upon the use of mesmerism in the cure of wounds, and bore the title, The Sympathetical Powder of Edricius Mohynus of Eburo.”

“These cures, it was said, could be effected at a distance from the wound, by reason of the virtue or directive faculty between that and the wound.”

(Below excerpted from
The Living Matrix movie)

“THE great question mooted,” Judge continues, “is whether there is or there is not any actual fluid thrown off by the mesmerizer. Many deny it, and nearly all hypnotizers refuse to admit it.

“H. P. Blavatsky declares there is such a fluid, and those who can see into the plane to which it belongs assert its existence as a subtle form of matter.”

By some this astral substance is called aura. But that word is indefinite, as there are many sorts of aura and many degrees of its expression.

“This aura, then, is thrown off by the mesmerizer upon his subject,” Judge says, “and is received by the latter in a department of his inner constitution — never described by any Western experimenters, because they know nothing of it.”

Since 1993 Zdenko Domančić has been teaching his method at the Bioenergy Clinic in Slovenia – the largest center of this type in Europe. Thousands of people come there from all over the world for group therapy.

Over the years, Domančić has healed over million people, having received spectacular results in every classified disease.

The success of the method (validated by scientists and medical commissions) has been reported in cases of diabetes, Parkinson’s, gangrene, Alzheimer and many other. The President of Slovenia awarded Domančić for his work.

Among his students and patients are among others: medical doctors, health workers, veterinarians and scientists.

The Olympic Sports Representation of Slovenia is treated at his clinic. The therapy can be practiced individually, in group sessions and by distance. It is very effective also in treatment of animals.

“It is easy enough for all proper purposes to mesmerize a subject by following what is already publicly known,” Judge writes, and that

“…even by a slight breath from the mouth
at a distance of eight feet from the subject.” 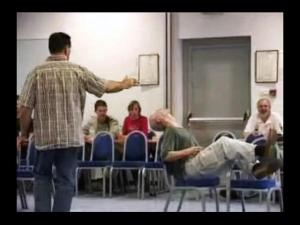 “The skin includes the mucous, all membranes in the body, the arterial coats, and so on. The flesh takes in the nerves, the animal cells so-called, and the muscles. The bones stand alone.

“The blood has its cells, the corpuscles, and the fluid they float in,” Judge writes, “the organs, such as the liver, the spleen, the lungs, include skin, blood, and mucous. 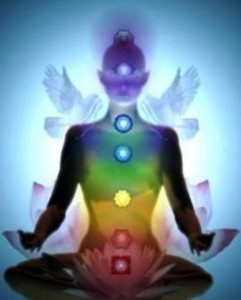 “Each of these divisions and all of their subdivisions [of the Astral Body] have their own peculiar impressions and recollections:

…and all, together with the coördinator the brain, make up the man as he is on the visible plane.”

“These all have to do with the phenomena of mesmerism,” Judge continues, “although there are those who may think it not possible that mucous membrane or skin can give us any knowledge.

“But it is nevertheless the fact, for the sensations of every part of the body each affect cognition, and [especially] the experiences of the skin cells.”

The Theosophical Glossary by H. P. Blavatsky, gives this explanation of Mesmer, born in Schwaben, in 1734, and died in 1815: “The famous physician who rediscovered and applied practically

“that magnetic fluid in man which was called animal magnetism and since then Mesmerism.”

“He was an initiated member of the Brotherhoods of the Fratres Lucis and of Lukshoor (or Luxor), or the Egyptian Branch of’ the latter.

“…sent in the last quarter of every century to enlighten a small portion of the Western nations in occult lore.”

“It was the Council of “Luxor” which selected him — according to the orders of the “Great Brotherhood”— to act in the 18th century as their usual pioneer,” Blavatsky wrote.

“It was St. Germain who supervised the development of events in this case — and later Cagliostro was commissioned to help, but having made a series of mistakes, more or less fatal, he was recalled.

“Of these three men who were at first regarded as quacks, Mesmer is already vindicated. The justification of the two others will follow in the next century.”

“Mesmer founded the “Order of Universal Harmony” in 1783, in which presumably only animal magnetism was taught, but which in reality expounded the tenets of Hippocrates, the methods of the ancient Asclepieia, the Temples of Healing, and many other occult sciences.” 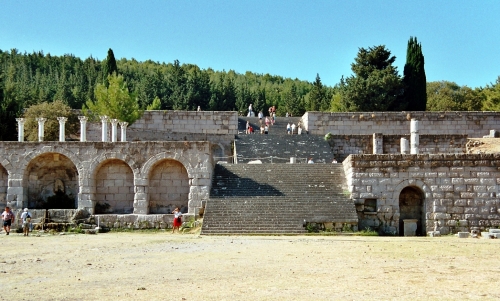 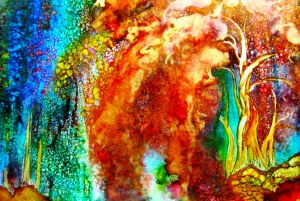 “It is not by studying Occultism for selfish ends,
for the gratification of one’s personal
ambition, pride, or vanity,
that one can ever reach the true goal:
that of helping suffering mankind.”

8 responses to “Hands of Healing”